This Hawaiian Tropical Smoothie is like paradise in a glass. Loaded with tropical flavors that will make you feel like you’re sitting on a Hawaiian beach as you sip it, this smoothie recipe is a delicious and healthy way to indulge your inner vacationer.

Why I Love Smoothies

When it comes to fast, easy, healthy recipes you really can’t beat smoothies. They only take a couple of minutes to make.

The only equipment needed is a blender. I have this one, but really any basic blender will do.

They usually contain just a handful of nutrient-dense ingredients. And you can drink them on the go.

In my opinion, a smoothie is a much tastier and healthy way to start the day than a bowl of cereal. And it’s far faster to make than bacon and eggs.

The best part about smoothies though is that their sweet flavor and milkshake-like consistency, make them a hit with kids and an enjoyable way to get tons of nutrients and antioxidants. 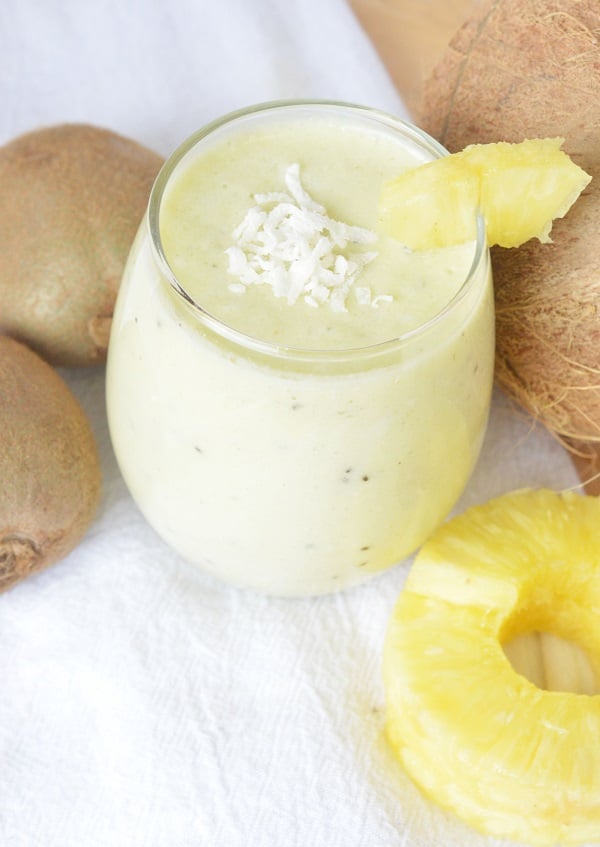 To make this Hawaiian tropical smoothie, I chose ingredients that I associate with tropical islands: 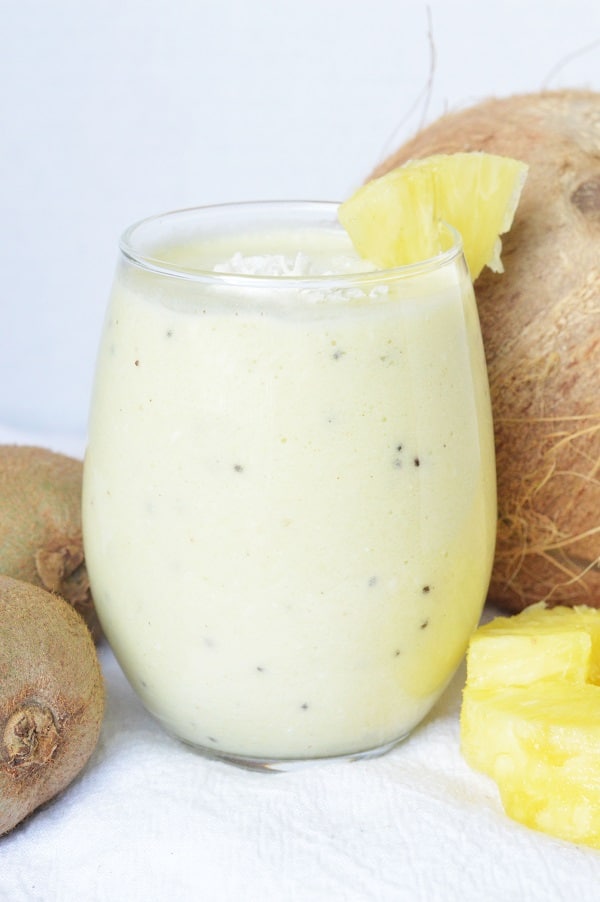 I love the taste of kiwi. Unfortunately, unlike bananas, it doesn’t always play well with other flavors. It fits perfectly in this Hawaiian tropical smoothie though! 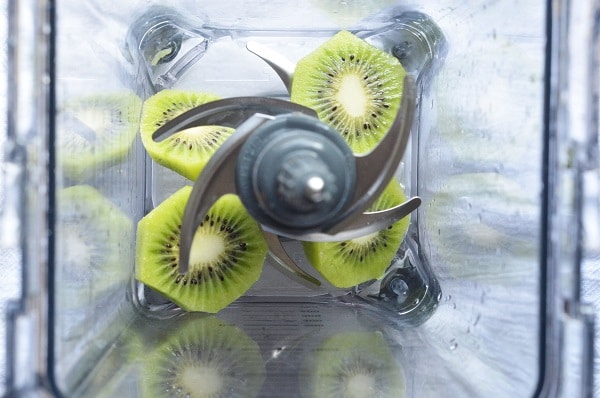 And of course, a tropical smoothie should include pineapple! I used sliced pineapple, but you can also use pineapple chunks or tidbits. 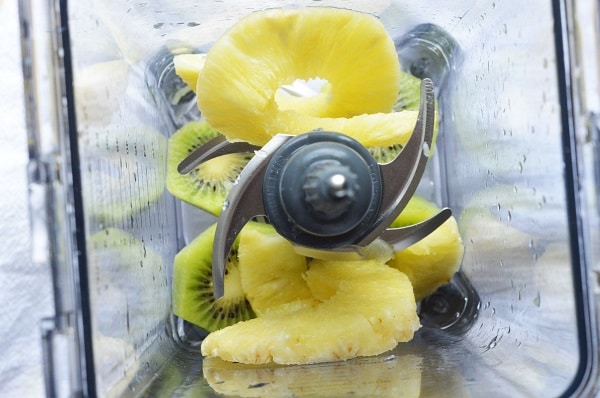 Since almost all of my smoothie recipes include some type of milk, I simply substituted coconut milk in place of regular milk in this recipe. And though coconut milk does indeed taste like coconut, I also included some flaked coconut both for the texture and for added coconut flavor. 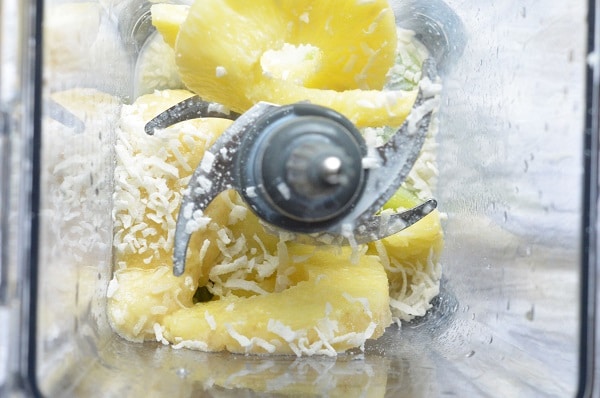 Bananas always make a great addition to smoothies because of the density they create. They work especially well in this recipe since bananas are a tropical fruit too and happen to pair well with the other flavors in this smoothie recipe. 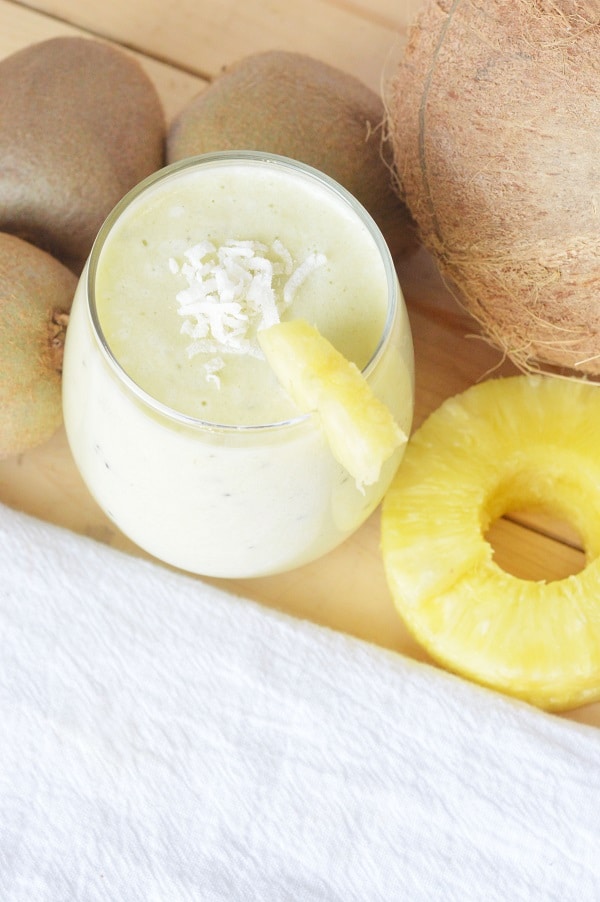 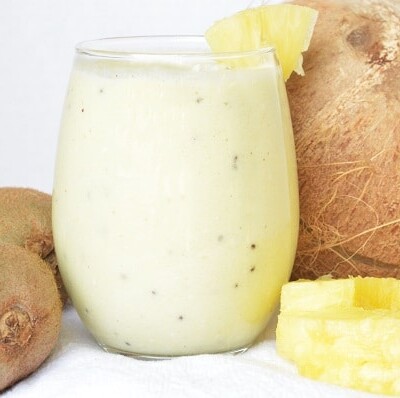 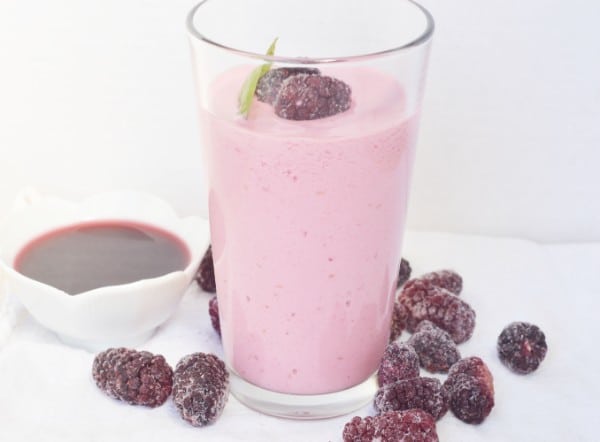 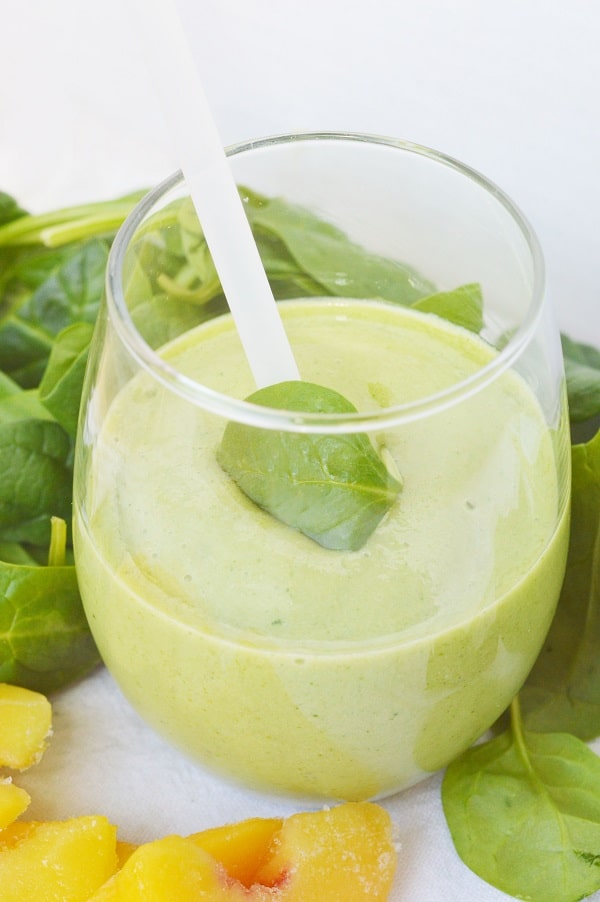 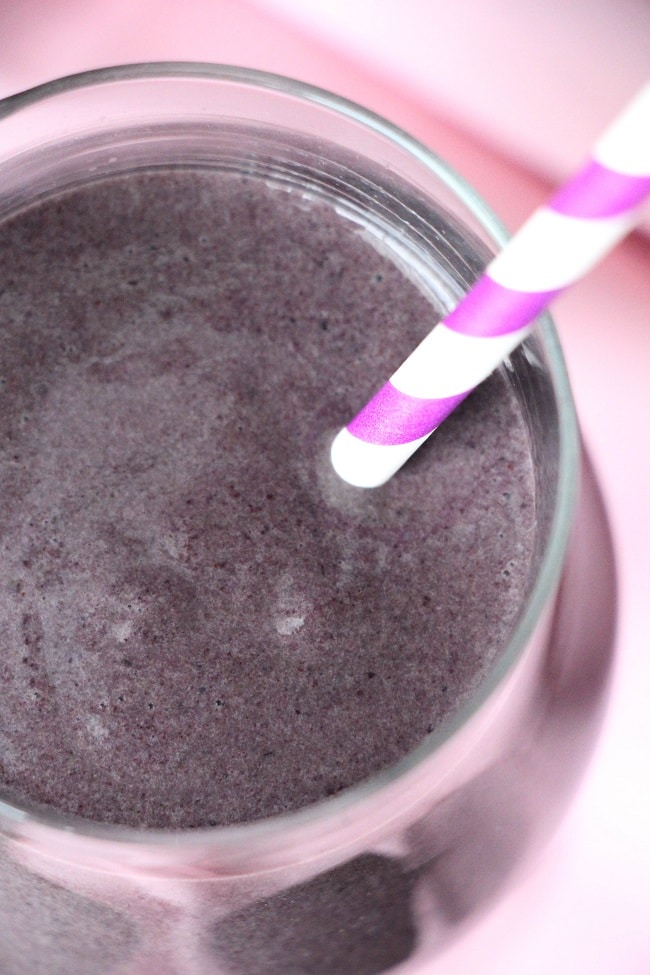