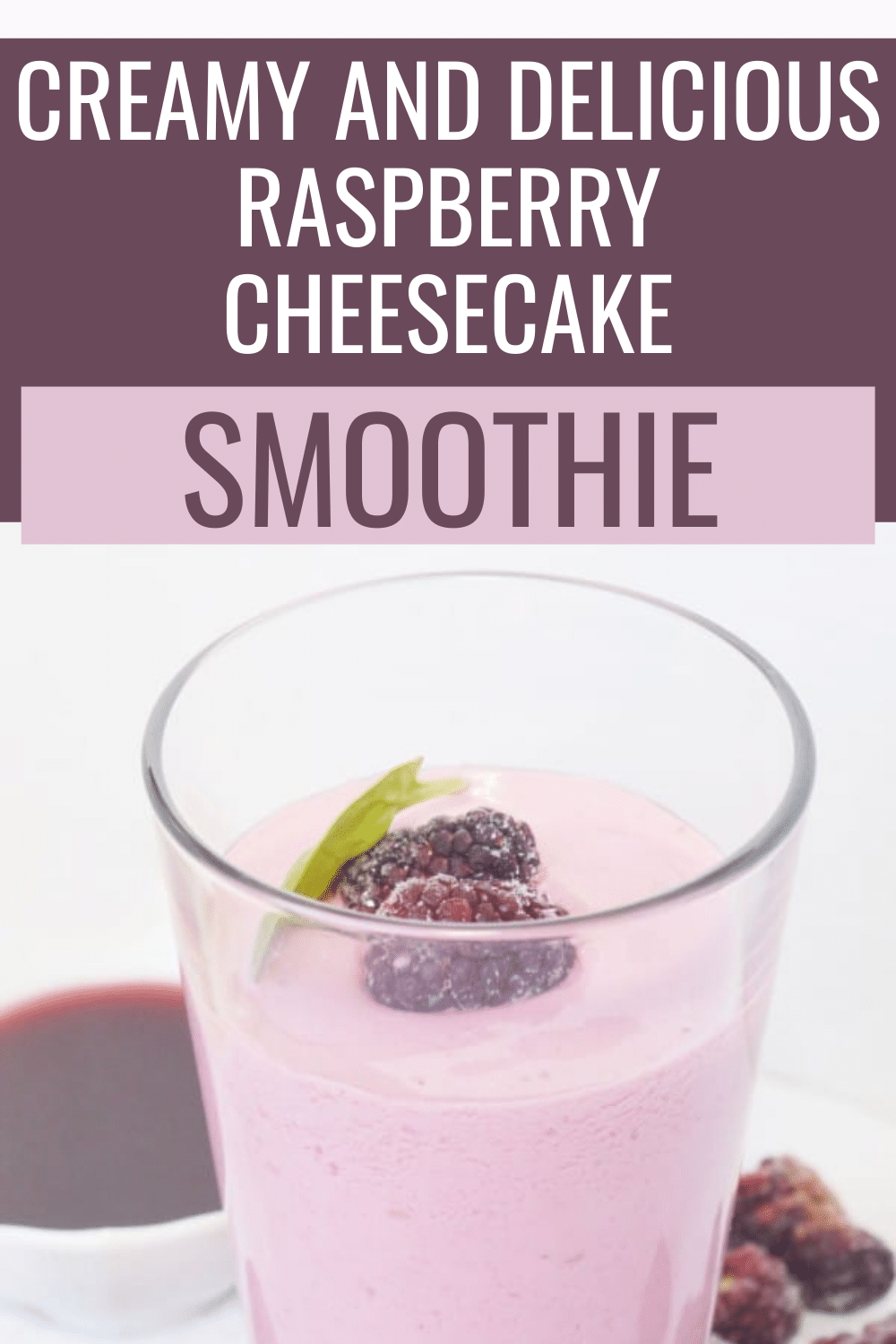 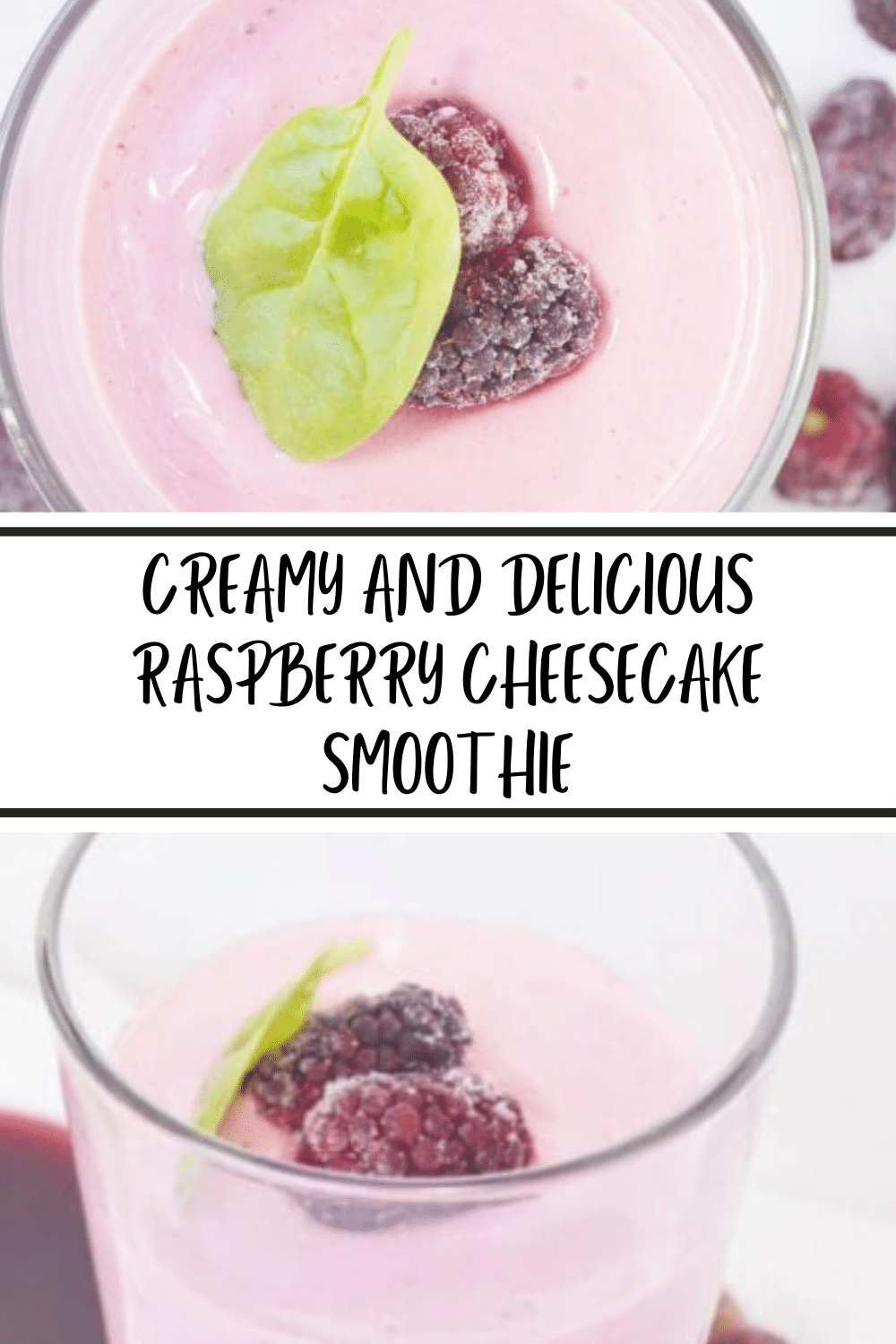 Raspberry Cheesecake Smoothie tastes like dessert but is actually a nutrient-rich start to your day. Loaded with protein and antioxidants, this “cheesecake” will leave you energized and healthy, not loaded down with guilt.

If you have five simple ingredients and two minutes, you have a super tasty breakfast, snack or dessert. This Raspberry Cheesecake Smoothie is one of my go-to recipes when my sweet tooth is demanding and I’m trying to be good.

Ingredients for This Raspberry Cheesecake Smoothie

Smoothies are one of my favorite ways to get a generous dose of vitamins and nutrients quickly and easily. Most of my smoothie recipes include just a few ingredients, all of which you can pronounce and find at your local grocery store.

The star of this recipe is Raspberry Cheesecake Greek yogurt. This is the ingredient that not only brings a lot of the flavor, but also the creamy texture that makes this smoothy so luxurious. You can also substitute vanilla Greek yogurt if you don’t have the raspberry cheesecake flavor. The flavor will be different, but equally delicious.

Even if you use the raspberry cheesecake yogurt, you’ll still need a generous dose of frozen raspberries. Yes, you can use fresh raspberries, but I prefer frozen berries to help chill the smoothie and add a slushy texture without adding a lot of extra ice.

To finish the smoothie and give it just the right texture and flavor, you’ll need a half cup of milk, a couple teaspoons of vanilla, and a few ice cubes.

That’s it! Blend for 1-2 minutes and you have dessert in a glass. 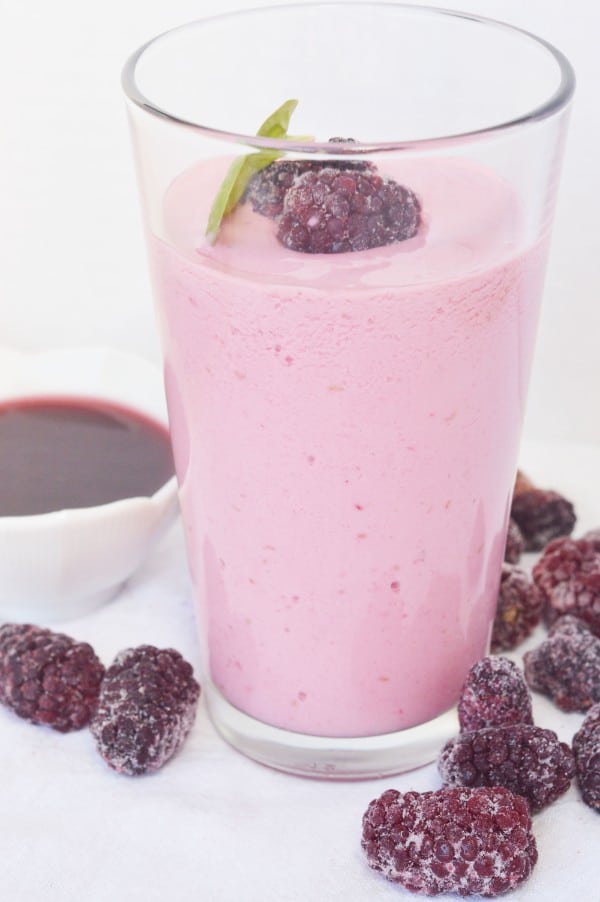 I use berries in a lot of my smoothies (check out this collection of blueberry smoothies) because they are chock full of antioxidants. Raspberries also contain something called ellagic acid which is a known cancer-fighter.

Since my mom was diagnosed with breast cancer two years ago, I’ve been trying to both avoid carcinogens and consume more chemopreventatives. Berries are an easy (and tasty) way to combat cancer.

Raspberries are also rich in flavonoids (reported to improve memory and slow the decline in cognitive ability as we age), potassium (good for heart health), and fiber (helps keep blood sugar stable). These little morsels are surprising powerhouses when it comes to keeping us healthy! 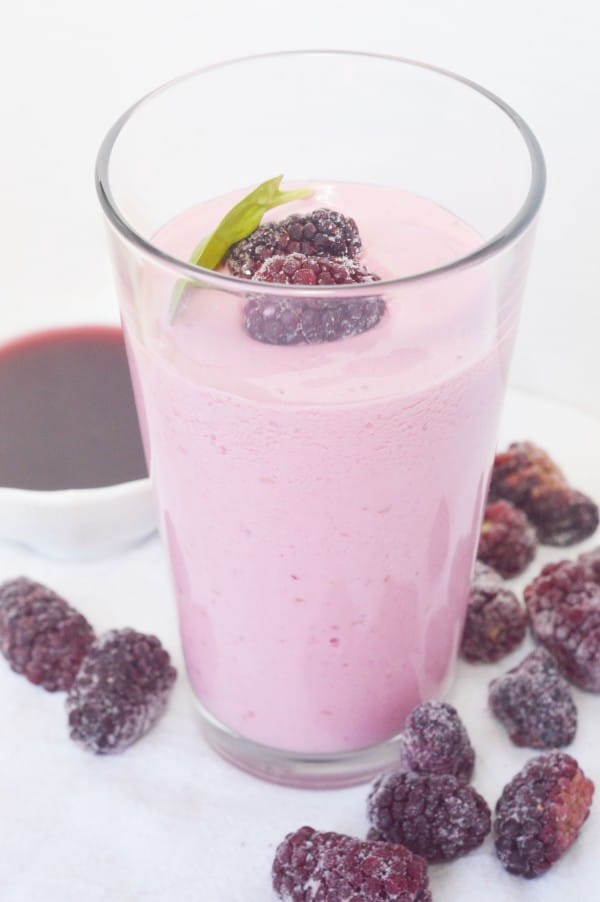 You might also notice that I often specify Greek yogurt in my smoothie recipes. If you don’t have it, you can substitute regular yogurt.

However, Greek yogurt is thicker and thus, creates creamier smoothies. It also contains twice the protein but half the carbs and sodium of regular yogurt. 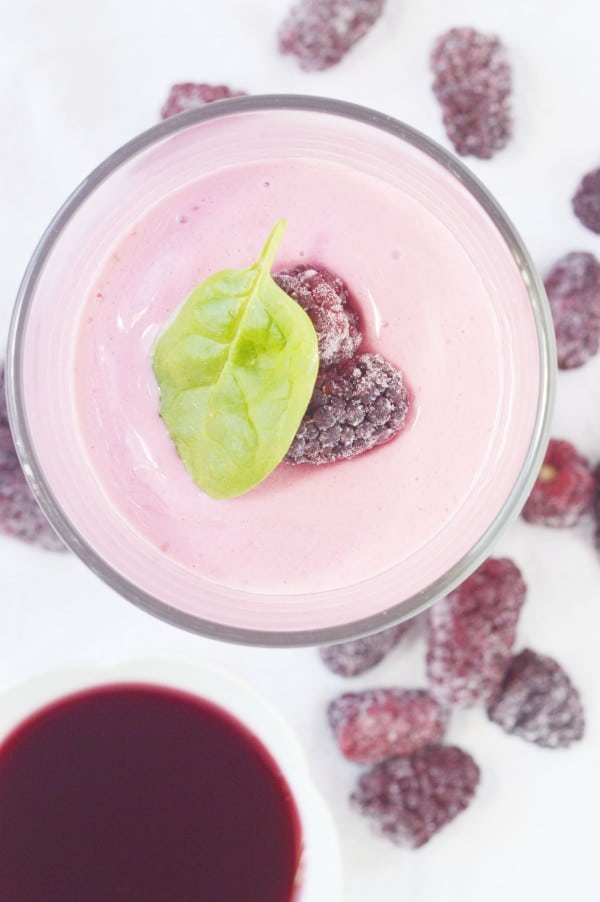 If you really want a good dose of protein in your morning smoothie, try the Double Berry Protein Smoothie from Daily Smoothie. It’s delicious!

Here’s the recipe! I hope you enjoy this Raspberry Cheesecake Smoothie as much as I do. 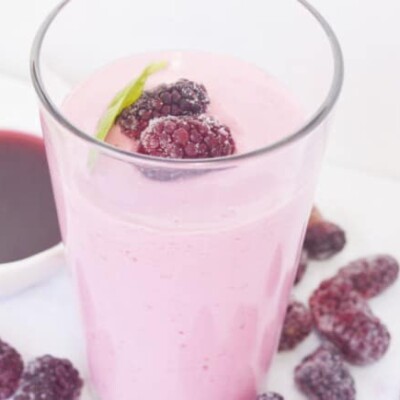 If you liked this Raspberry Cheesecake Smoothie recipe, you might enjoy some of these other smoothie recipes: 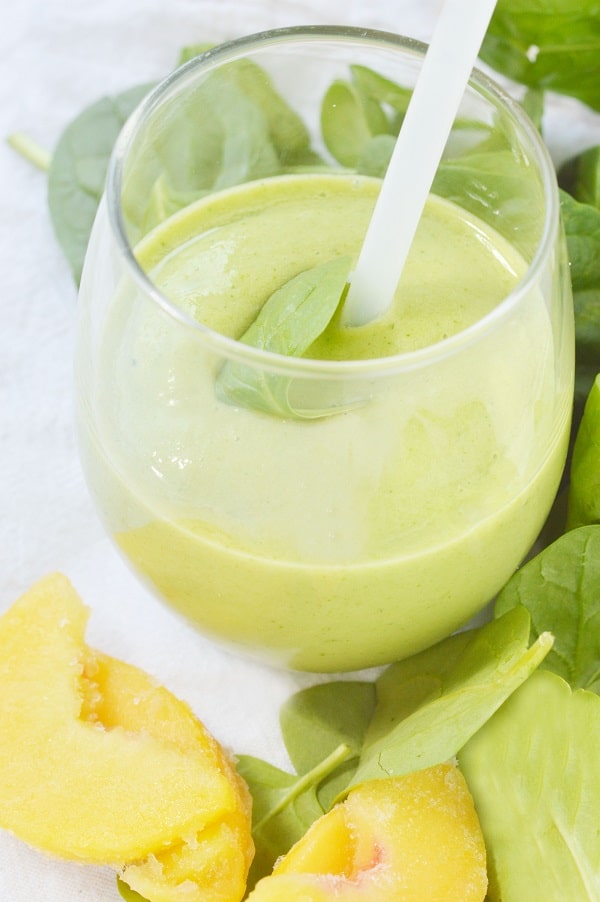 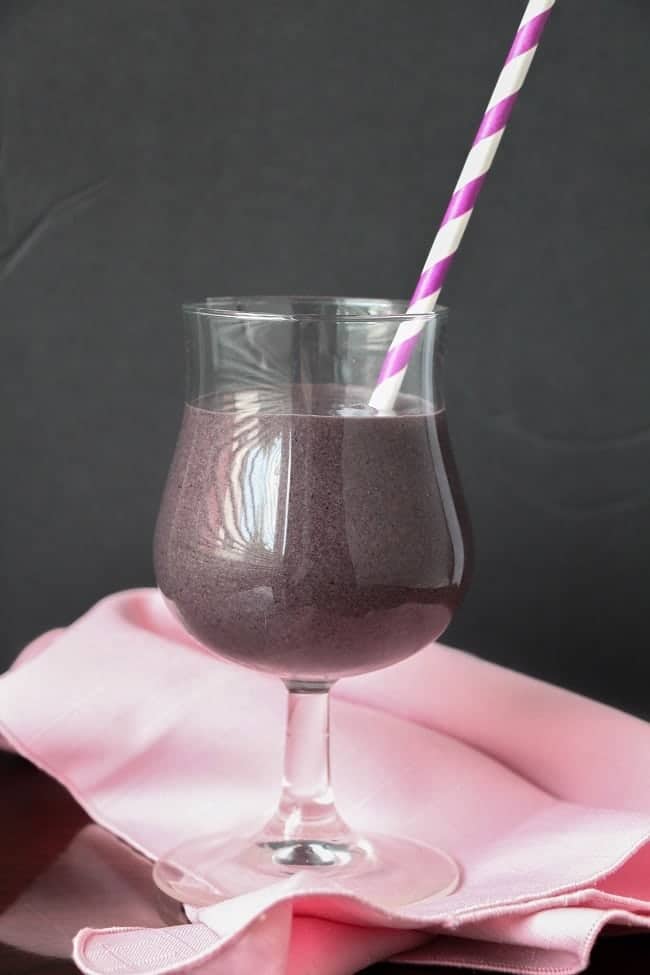 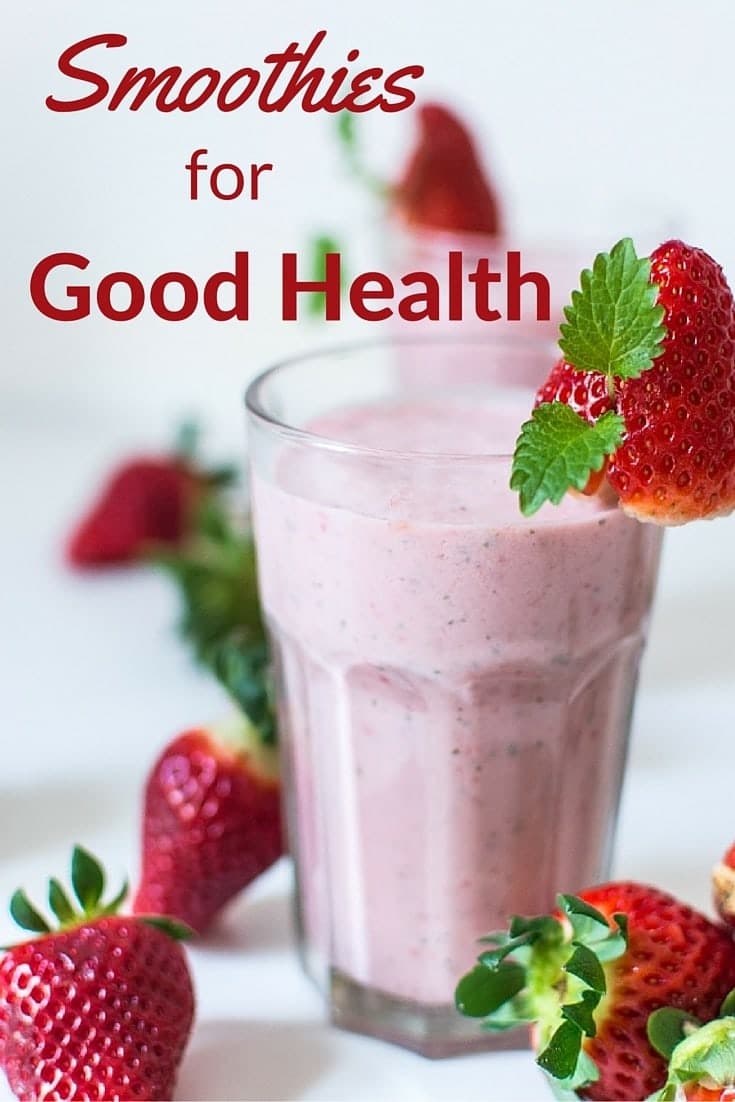