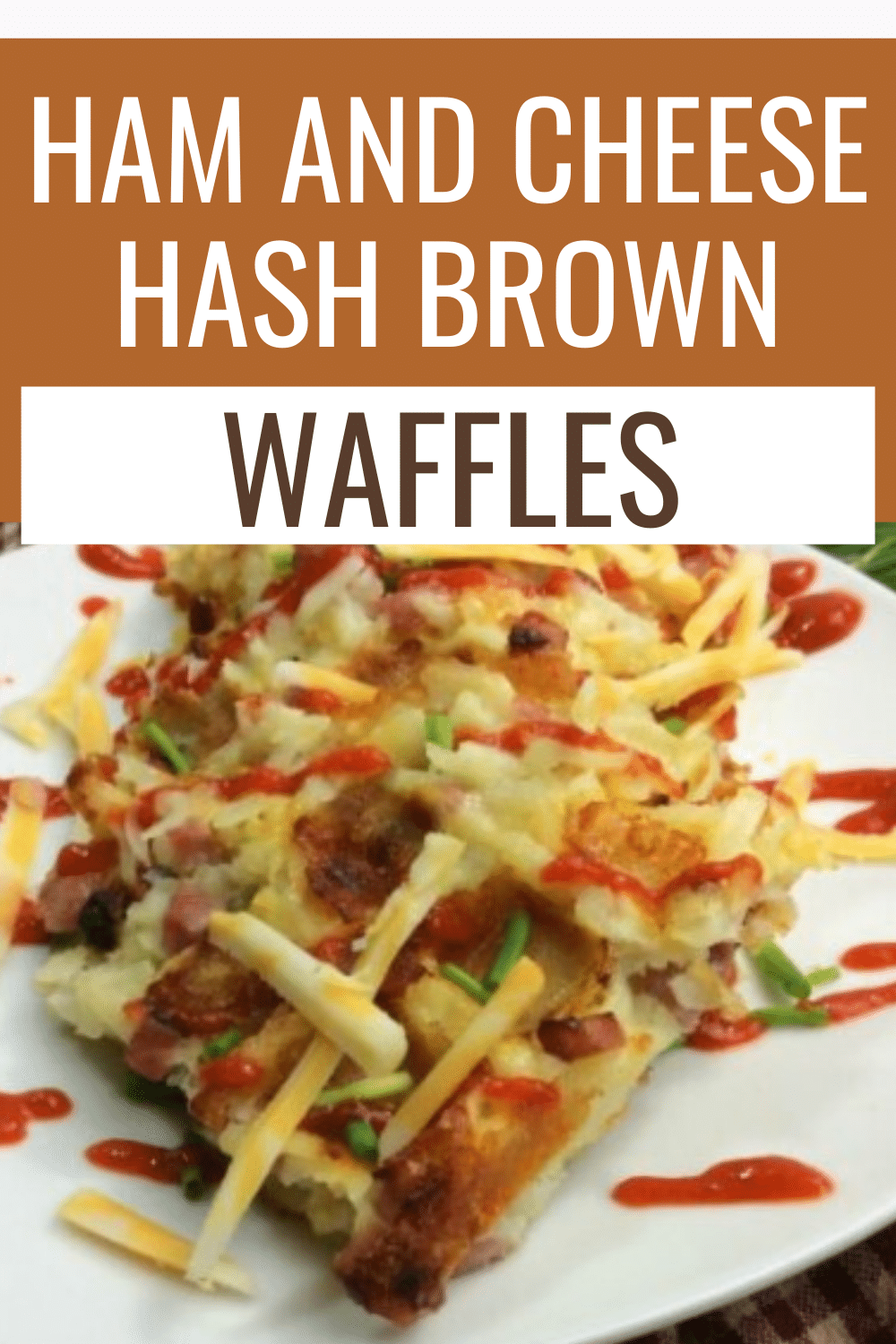 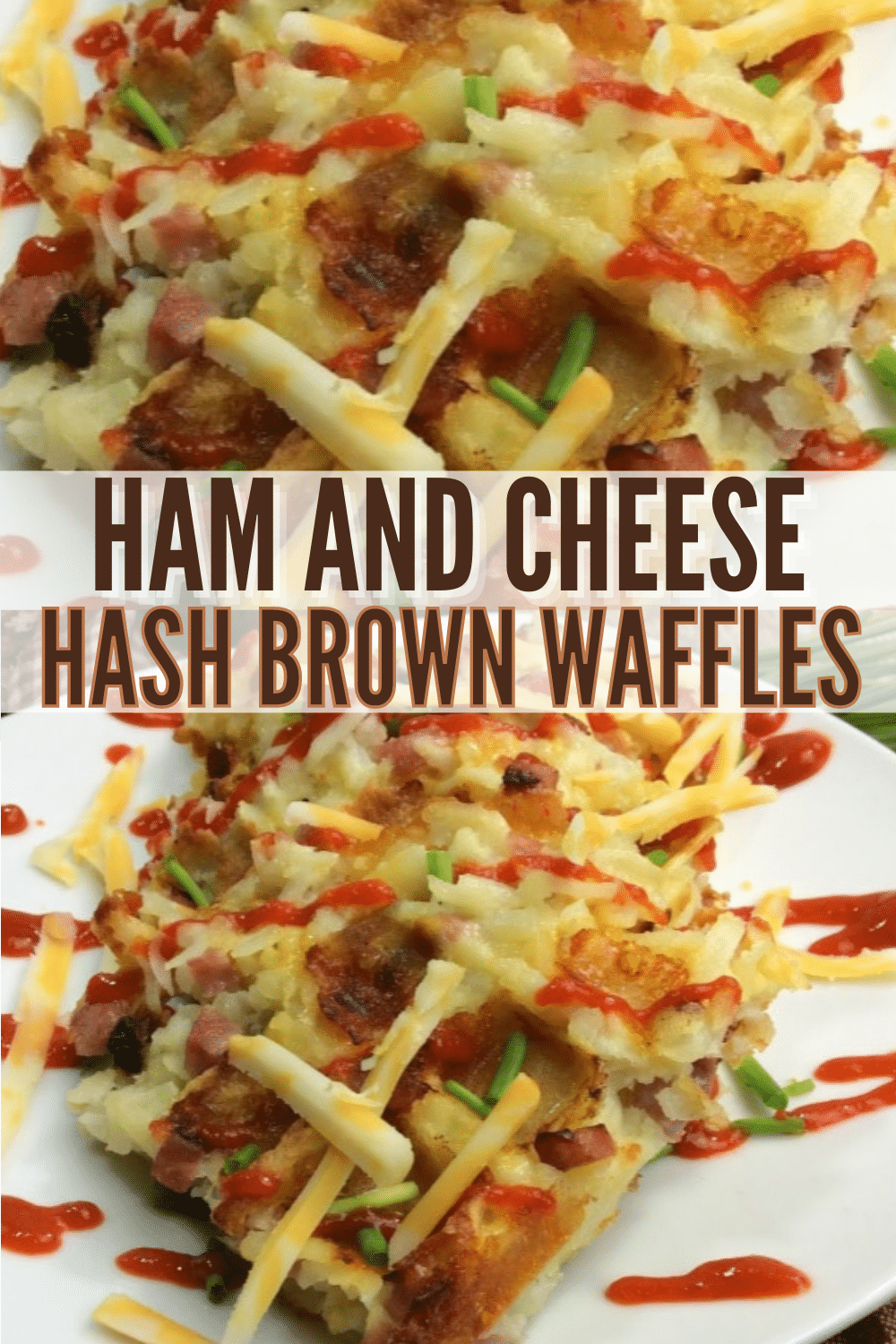 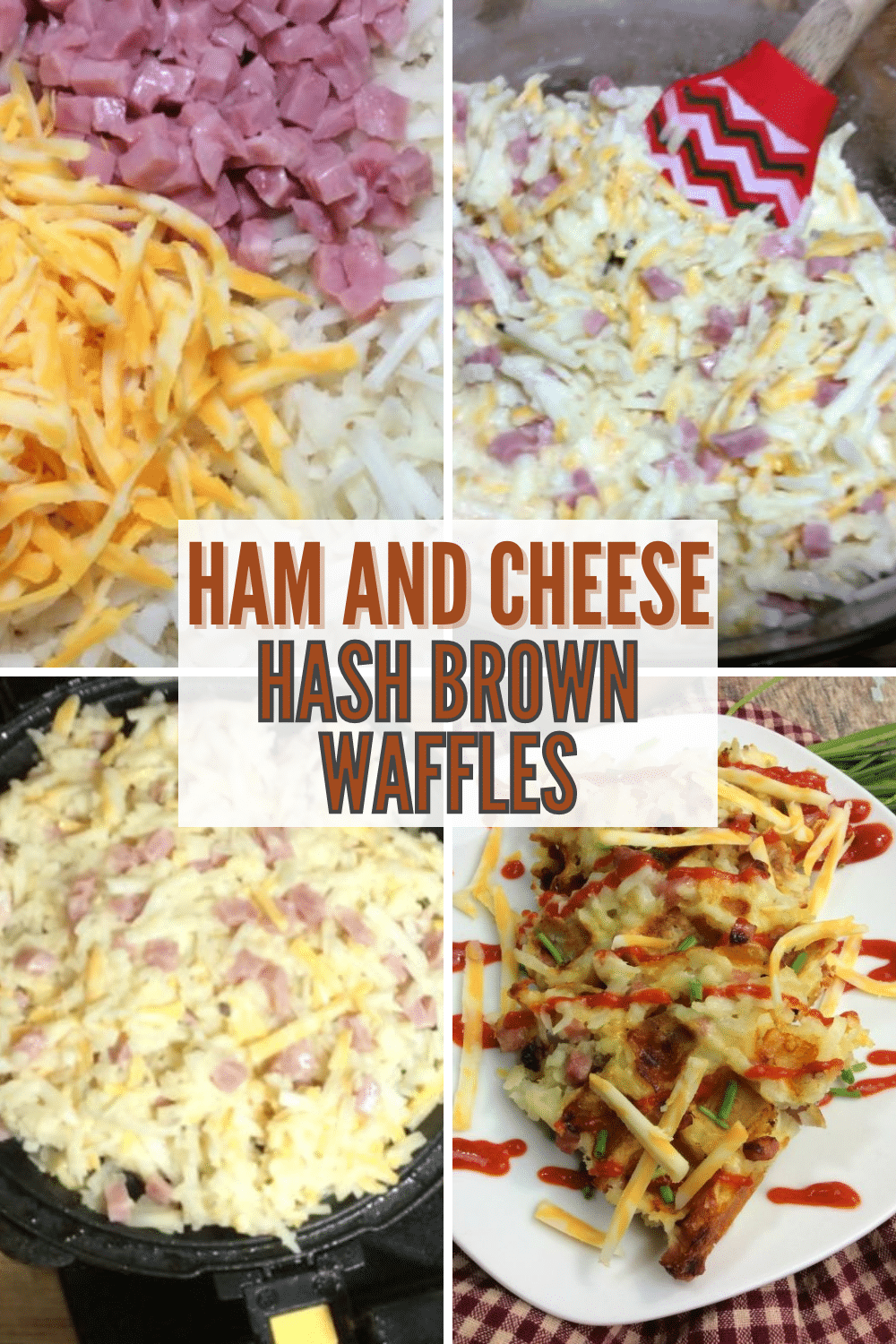 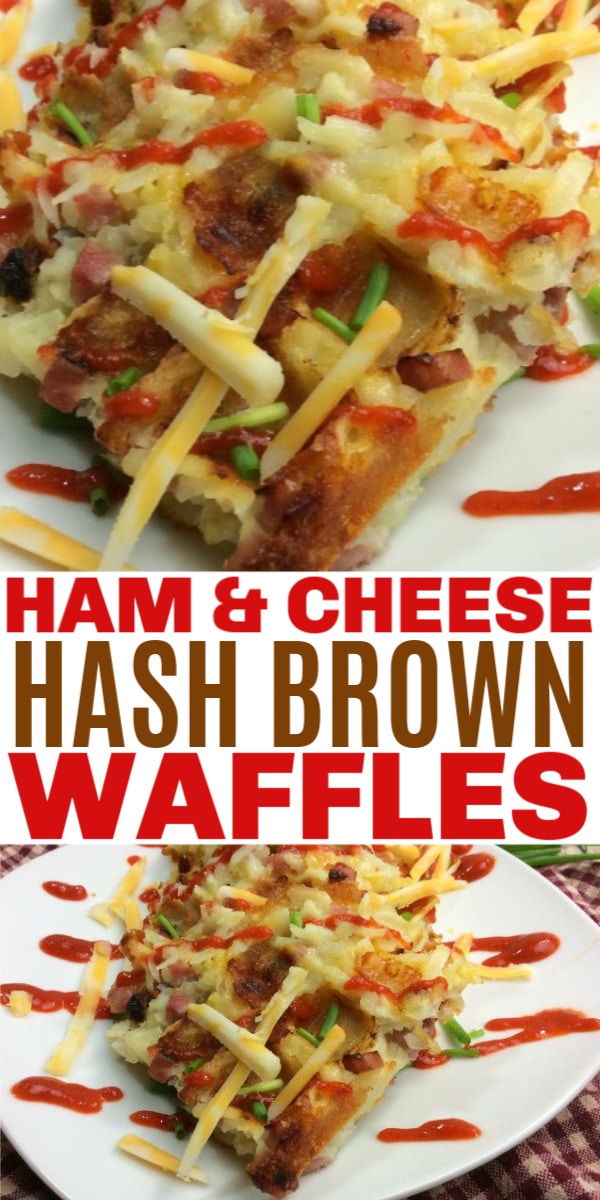 You will be hooked the minute you try these Ham and Cheese Hash Brown Waffles. Such a fun and delicious breakfast recipe made in the waffle maker! 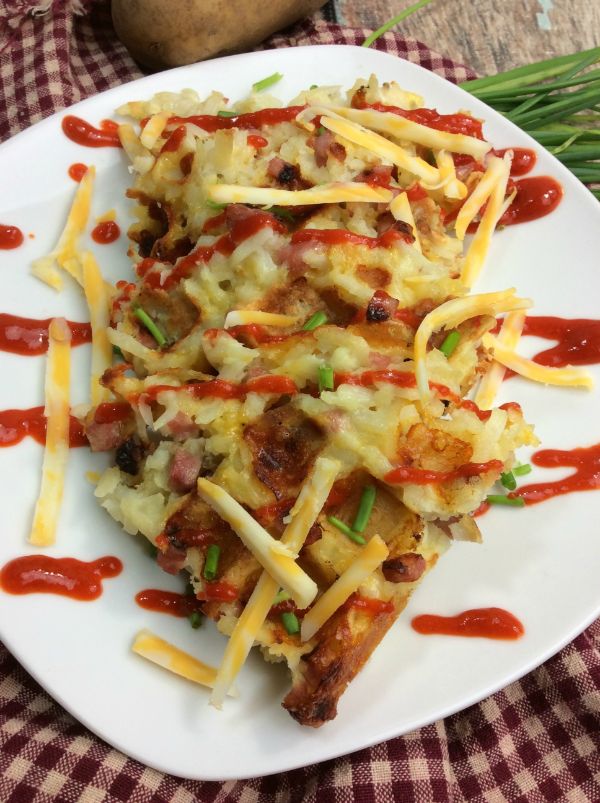 WHAT CAN YOU MAKE IN A WAFFLE MAKER?

I love the versatility of the waffle maker. It is great for so much more than just regular waffles. If I am going to take up space in my pantry I want to know that the appliance will get a lot of use.

It amazes me how creative you can get with a waffle iron. I am not always in the mood for a “sweet” breakfast and love that I can make savory recipes in my waffle maker too.

This ham and cheese hash brown waffles recipe sticks to simple ingredients. Remember you always want to have some non-stick cooking spray on hand to keep your waffle creation from sticking. 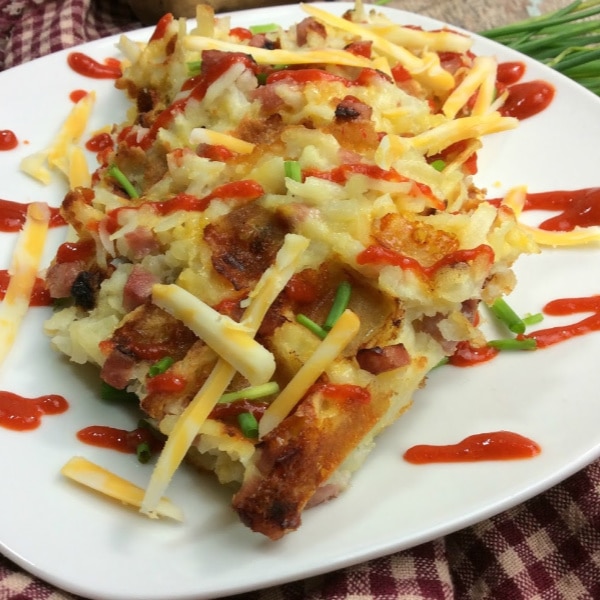 HOW TO MAKE HAM AND CHEESE HASH BROWN WAFFLES

A waffle maker is a kitchen appliance that older children can learn to use. This is a fun breakfast recipe to teach kids to make! Get ready for breakfast in bed, mom.

You will want to start with thawed hash browns. If you buy frozen hash browns pour them into a large bowl and let them sit on the counter until they thaw.

You can also buy the fresh hash browns in the cooler section at the store. These are very handy!

When the hash browns are thawed place them on a plate covered with a paper towel. Press a 2nd paper towel on top to soak up any extra moisture.

Put the hash browns back into the bowl.

Turn the waffle maker on so it has a few minutes to heat up.

If you have leftover ham to use that works great too, just dice it up.

Add the shredded cheese to the bowl. 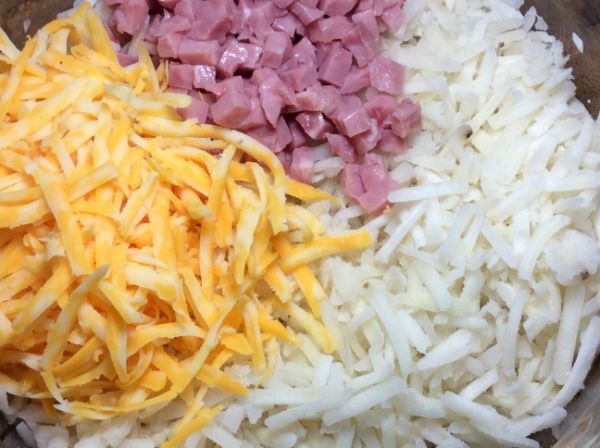 Add the 2 eggs to a small bowl and whisk them.

Pour the eggs into the big bowl of hash browns, ham, and cheese.

Stir these ingredients together so they are well mixed. 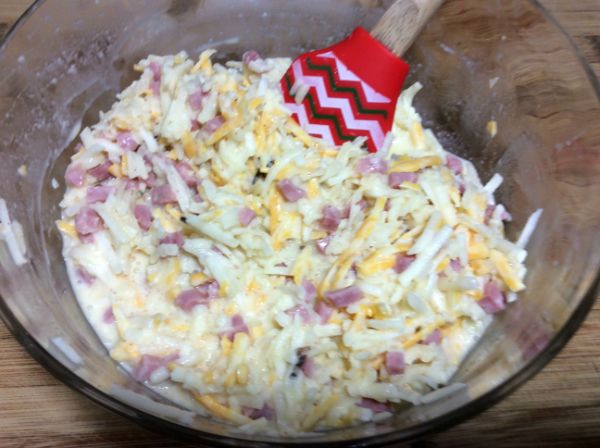 Pour a cup of hash brown mixture onto the waffle maker. Spread it around so you have an even layer and close the lid.

Cook for 8 minutes or until golden brown!

Remove the ham and cheese hash brown waffles from the waffle iron and serve with diced green onion and sriracha if desired. 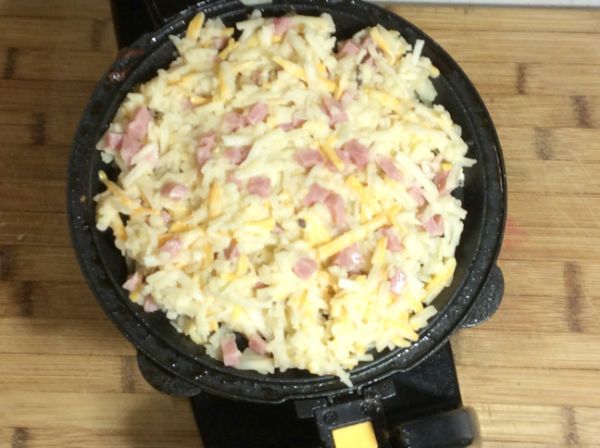 I know you are excited to try a new recipe out in your waffle maker. You can print off the complete ingredients and instructions via the recipe card below. 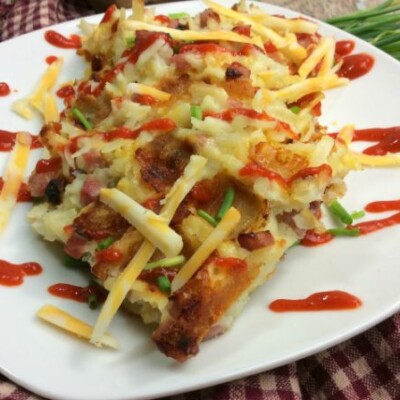 If you love breakfast recipes be sure to check these other great recipes out:

Don’t forget to PIN this for later!