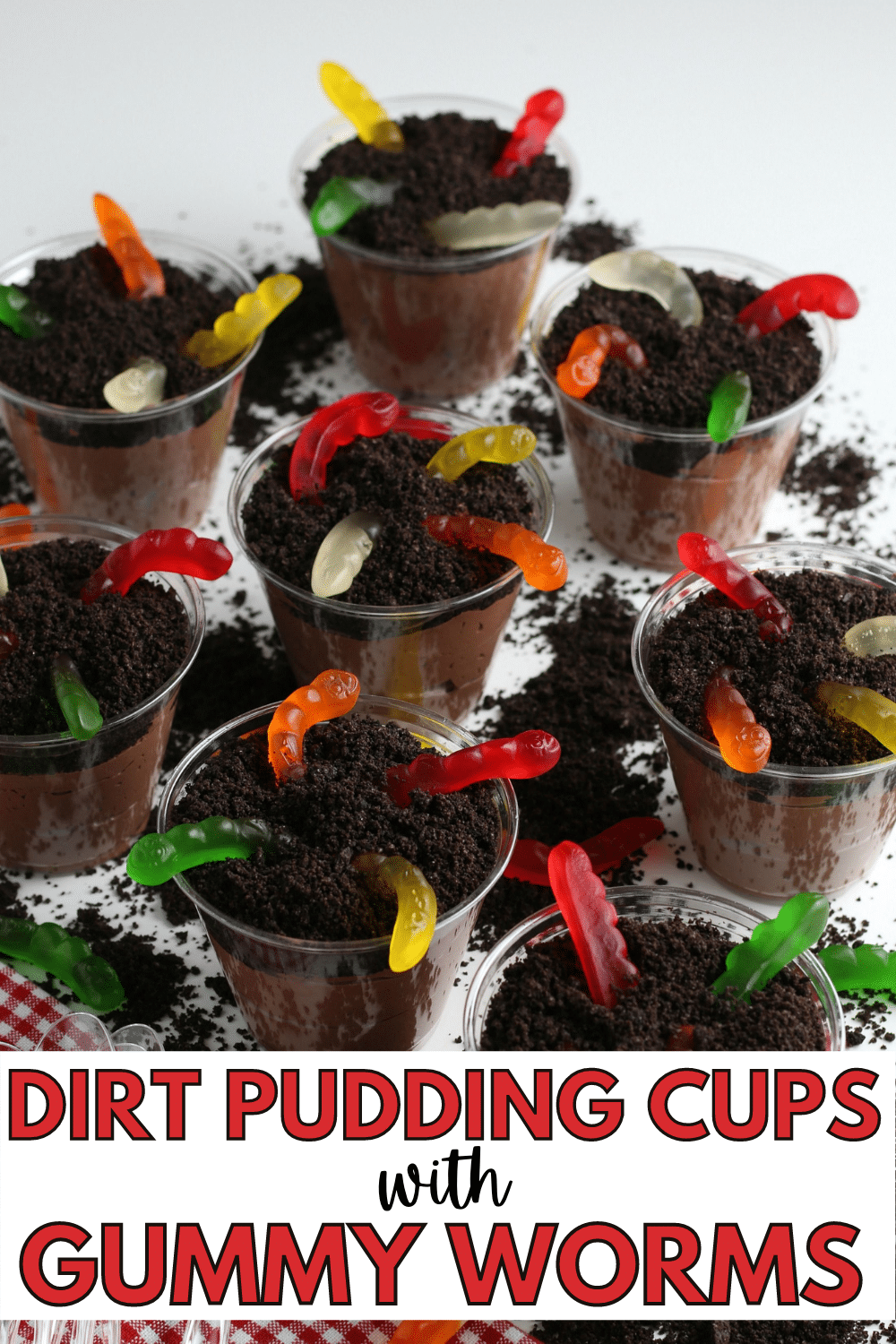 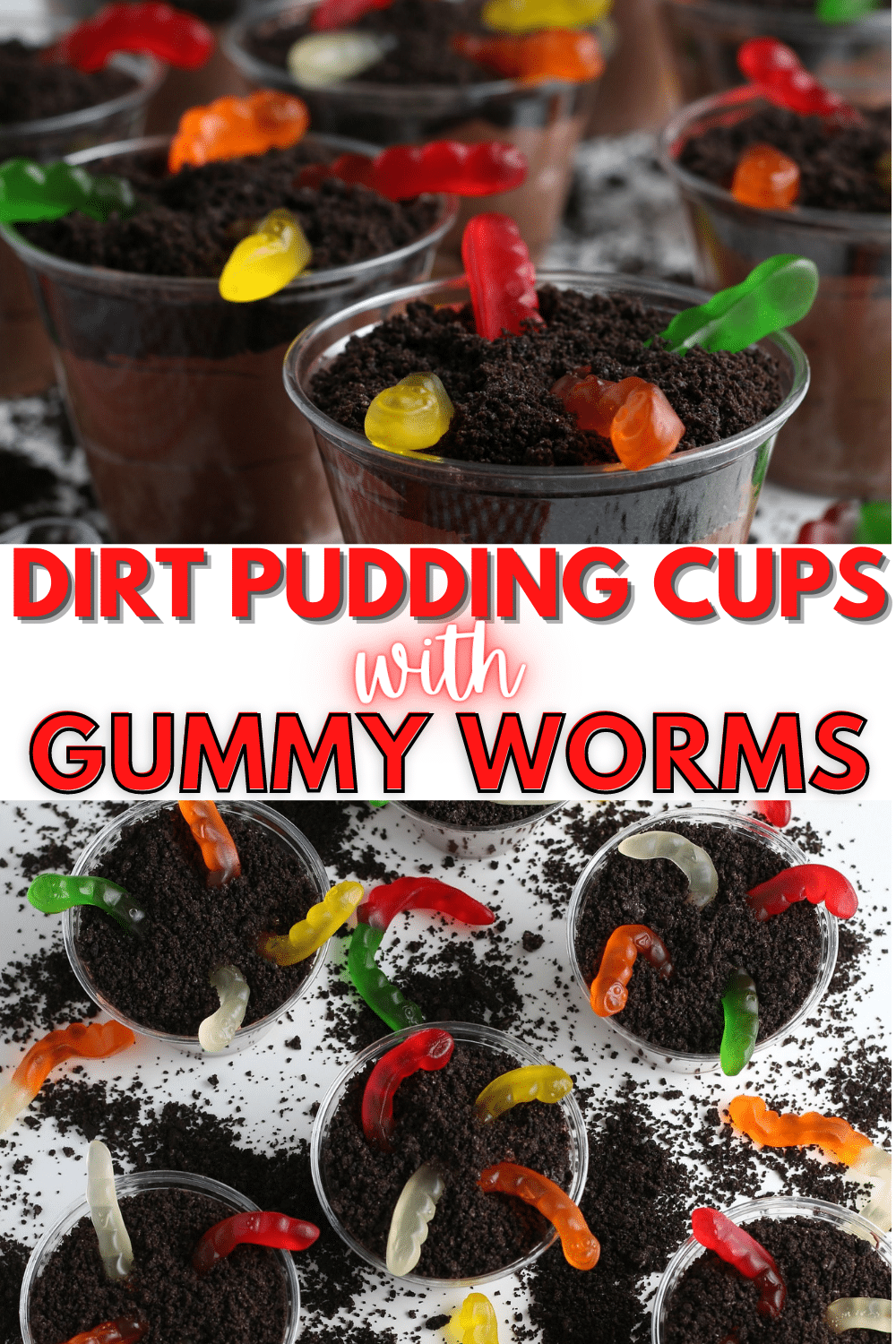 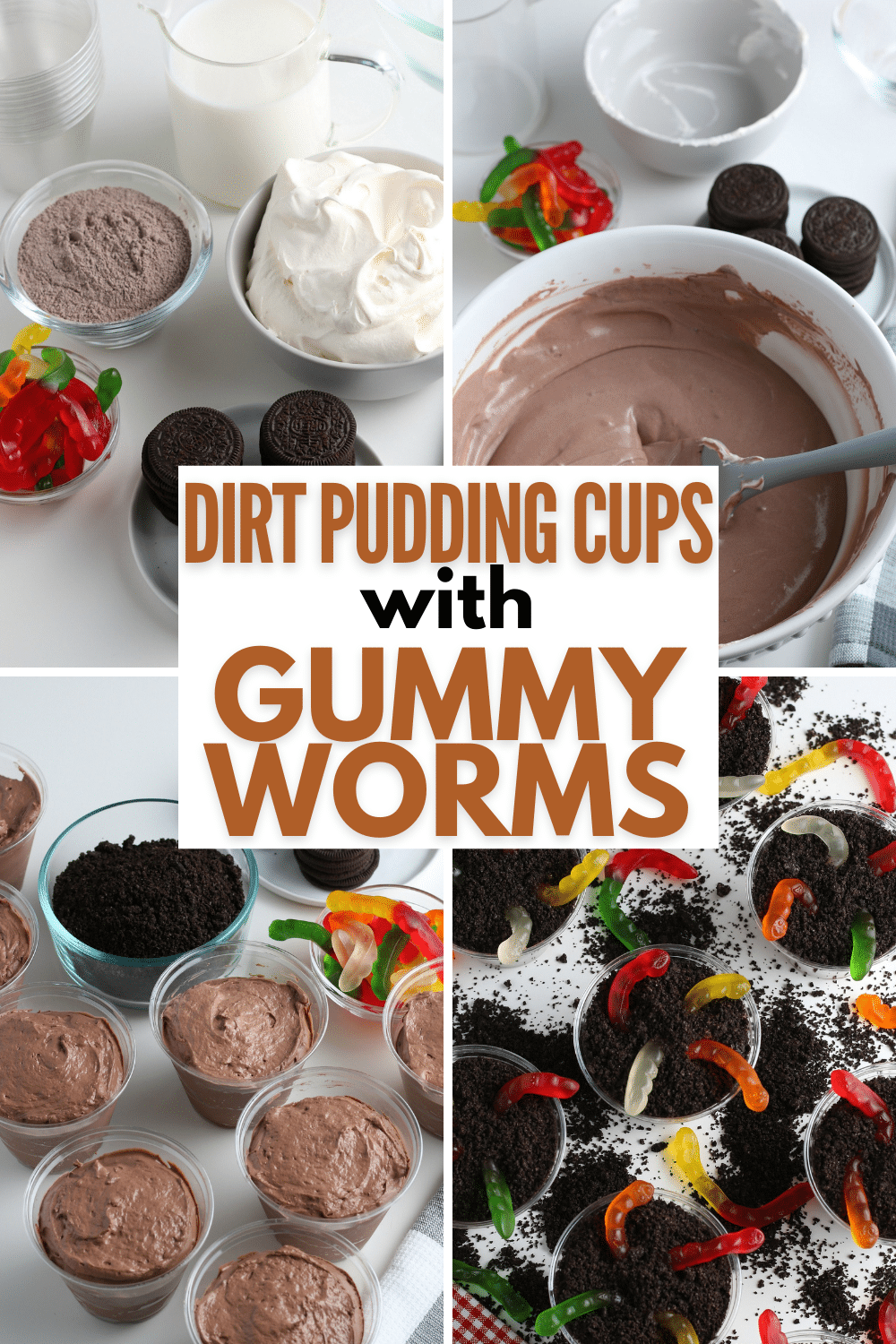 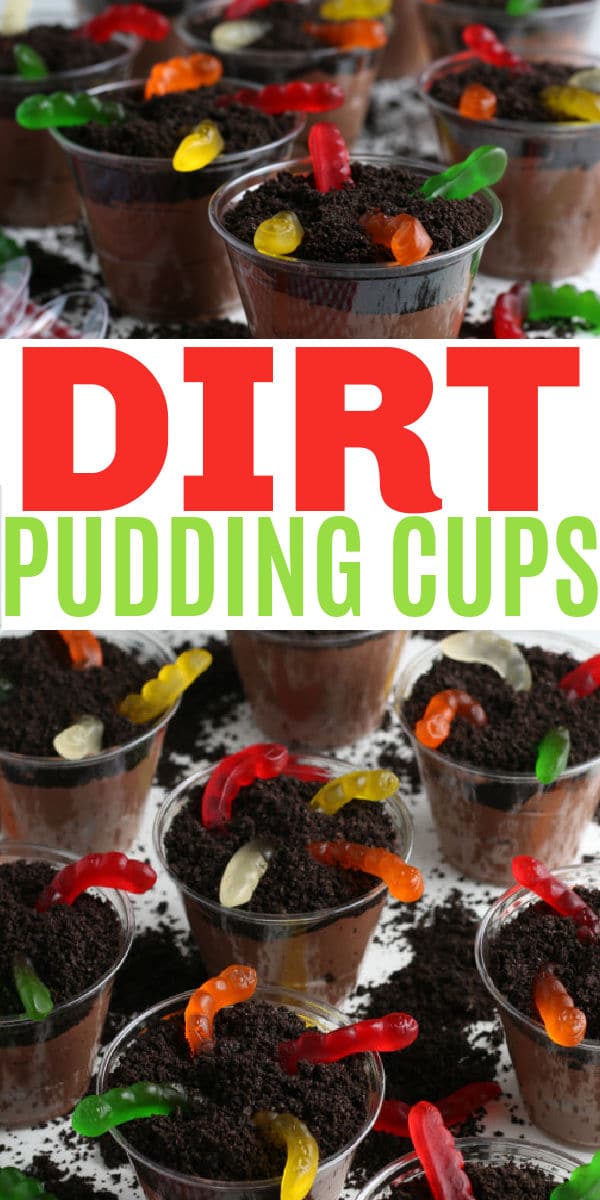 Your kids will gobble up these Dirt Pudding Cups with Gummy Worms. This is a great recipe to get kids into the kitchen with you. They will enjoy learning how to make these individual dessert cups.

WHAT IS DIRT PUDDING?

This is a kids treat that turns a boring pudding cup into a really fun snack.

Chocolate sandwich cookies are transformed into what resembles dirt but taste delicious.

The pudding cups become the base for a mini garden area! This is a fun treat to make when you are teaching your children about gardening.

I love that dirt pudding cups with gummy worms are easy to make and don’t require a lot of ingredients.

HOW TO MAKE DIRT PUDDING CUPS WITH GUMMY WORMS

This recipe will show you how to make dirt pudding cups with gummy worms by making the pudding yourself. If you are in a big hurry you could use store-bought pudding cups.

The first step is to make the pudding.

Add the cold milk to a medium bowl.

Sprinkle the pudding mix over the milk and then whisk until well-combined.

If you like a thick pudding you may want to add a second box of pudding mix.

Put the bowl of pudding into the refrigerator to chill for at least 10 minutes.

Now fold the thawed whipped topping into the bowl of pudding.

Stir the mixture until it is well-combined and smooth.

Spoon the pudding mixture into small cups or glasses.

Place the cups in the refrigerator for about 20 minutes to chill.

While the pudding cups are chilling you can work on crushing the sandwich cookies so they resemble dirt.

This can be done by putting the cookies into a food processor.

Another way to accomplish this task is to put the cookies into a large zippered baggie and use a rolling pin to crush them.

Remove the pudding cups from the refrigerator and sprinkle some of the crushed cookies on top for the dirt.

Add in some gummy worms to each cup so it looks like worms in the dirt.

Eat these immediately or refrigerate until ready to eat.

I know you are excited to make these adorable dirt pudding cups with gummy worms.

You can print off the complete ingredients and instructions via the recipe card below. 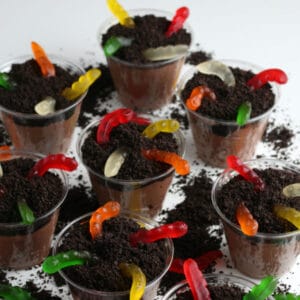 If you loved this easy and fun recipe be sure to check out these other kid-friendly recipes: