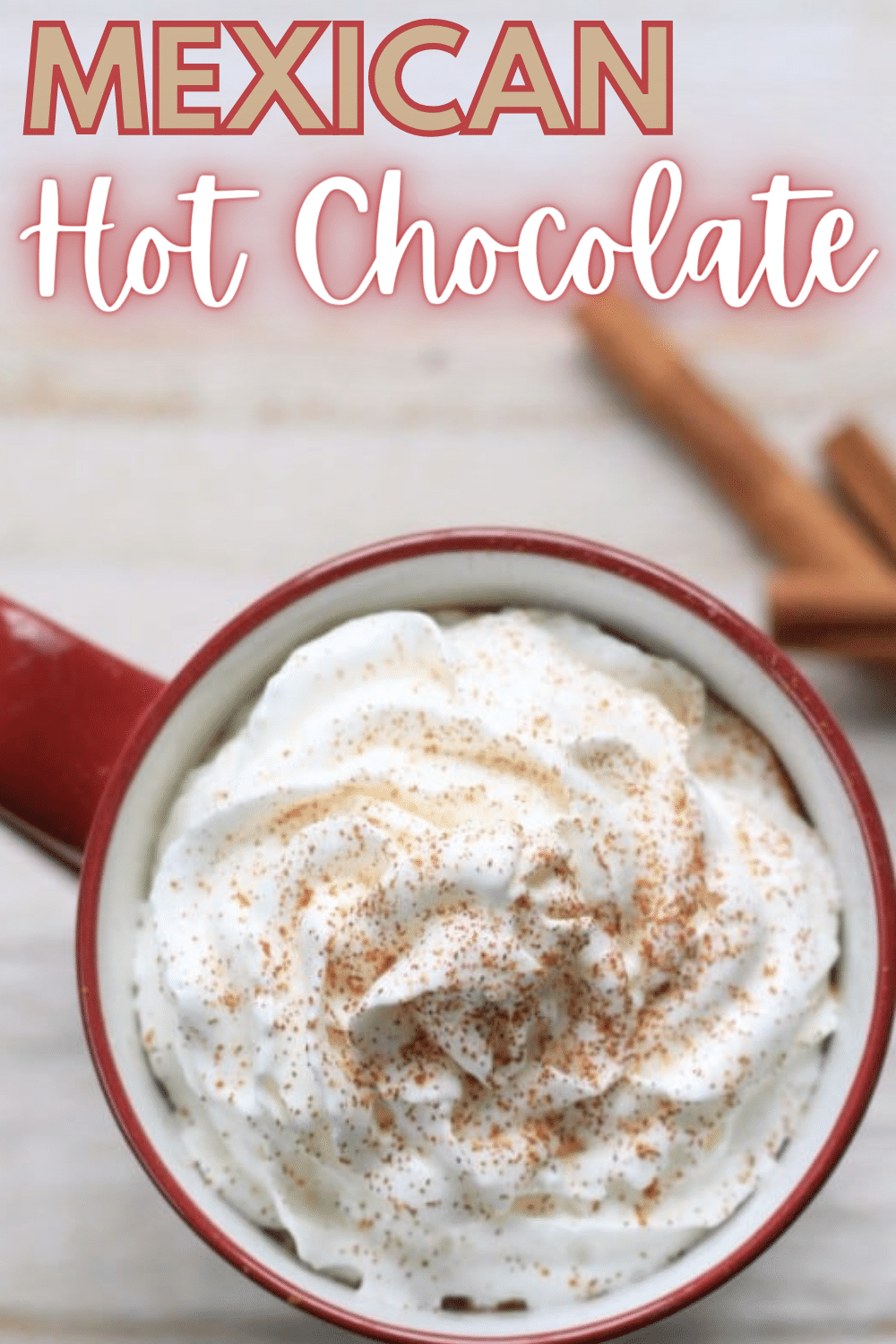 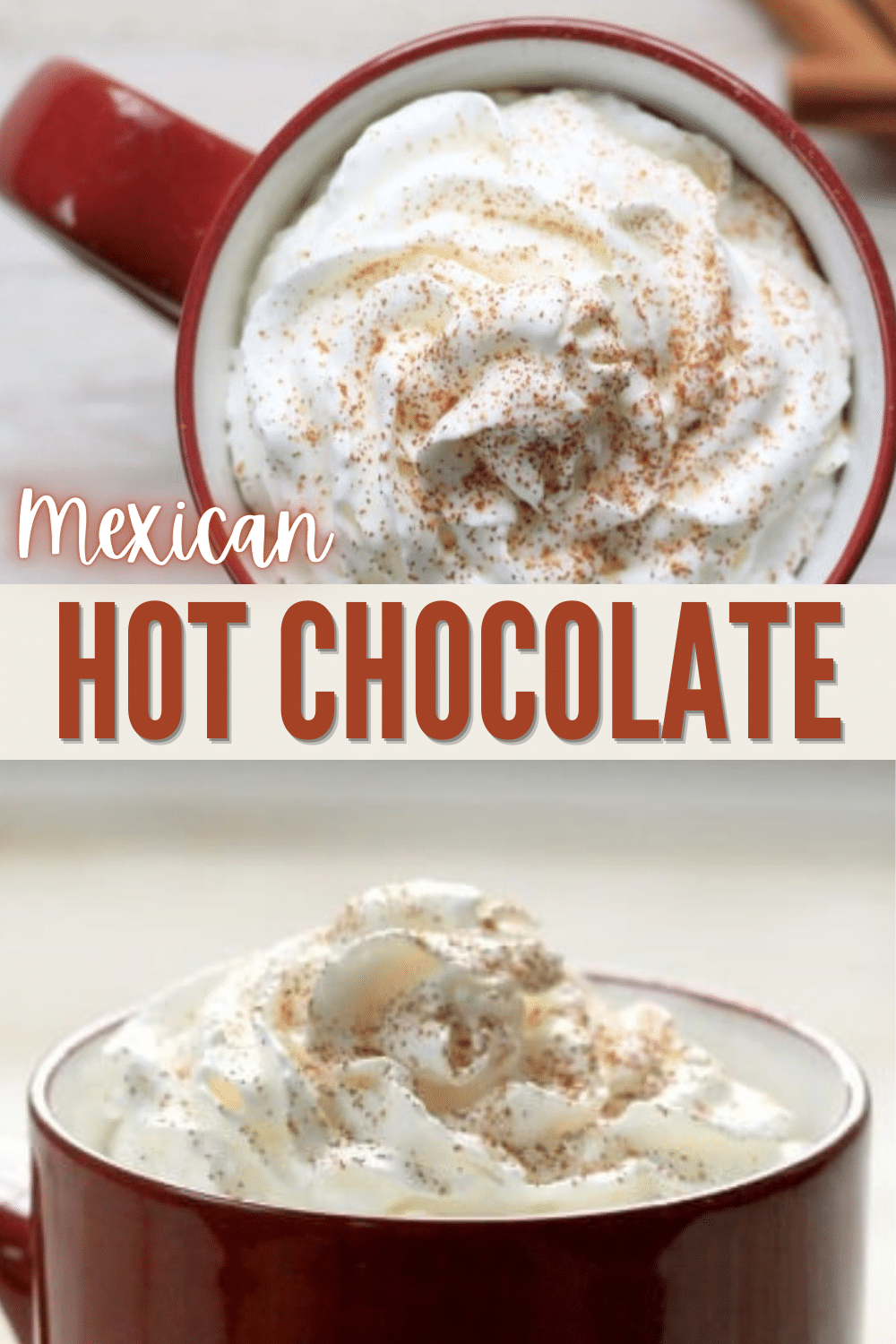 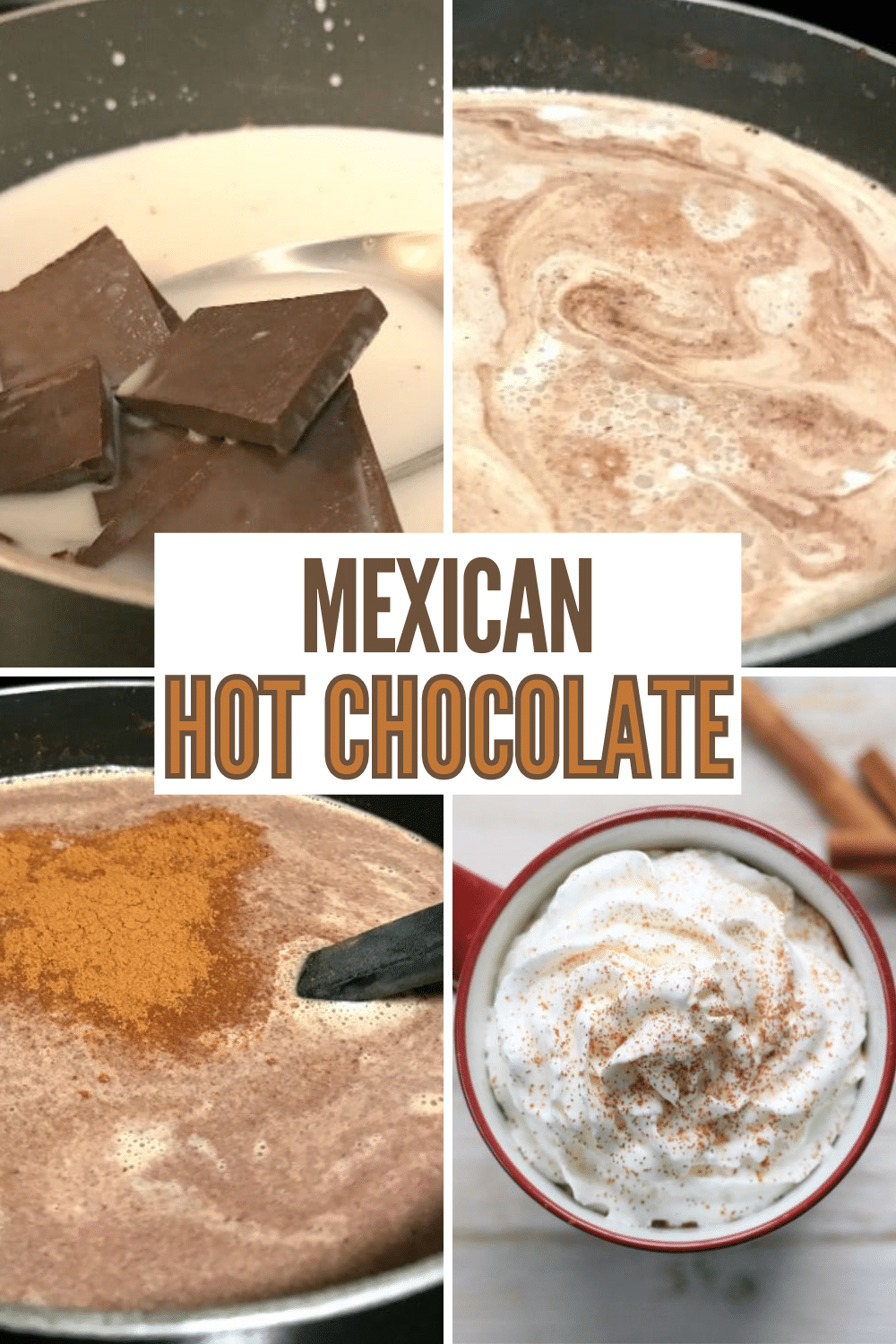 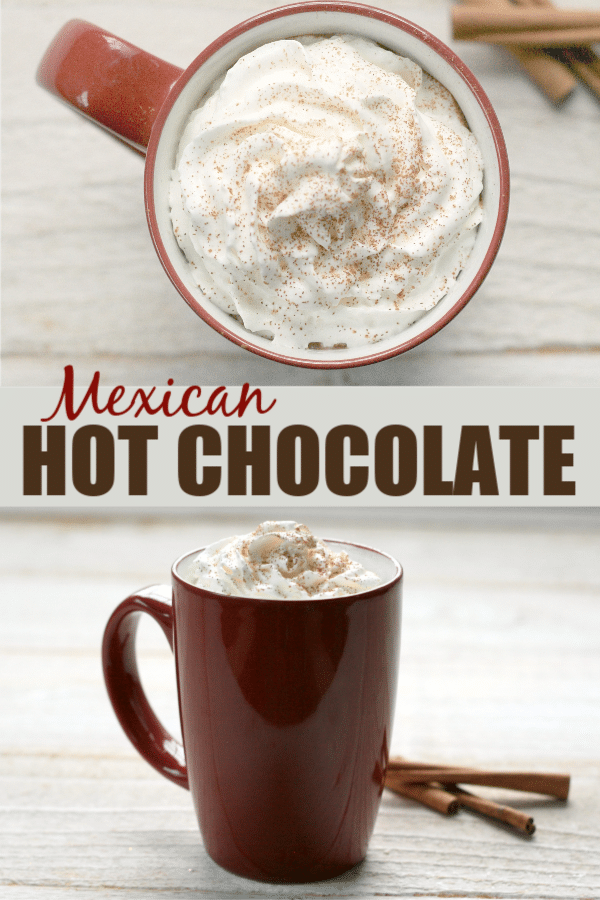 Mexican Hot Chocolate is even better than traditional hot chocolate. It’s just as creamy and chocolatey, but full of even better flavor!

It’s no secret that I love Mexican food. I love all the flavors and spices in traditional Mexican cooking and Tex-Mex cooking too.

From appetizers and entrees to desserts, all you have to do is throw “Mexican” in the name and I’m already a fan. It turns out, I’m even a fan of Mexican beverages!

What is Mexican Hot Chocolate? 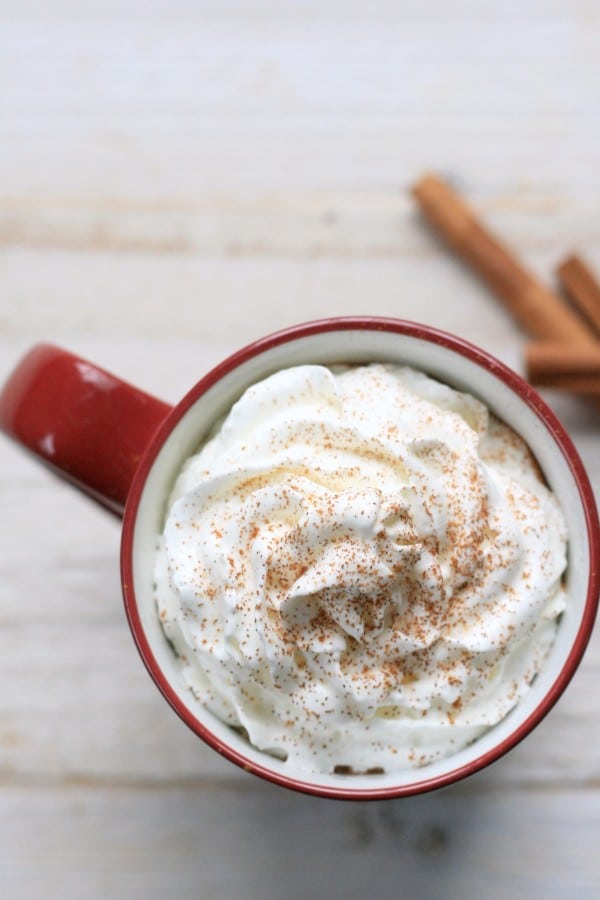 And then we’ll add some spices that will turn this ordinary hot chocolate into Mexican Hot Chocolate.

If like me, you think of Hot Chocolate as a dessert, you might want to load it up with these optional toppings: 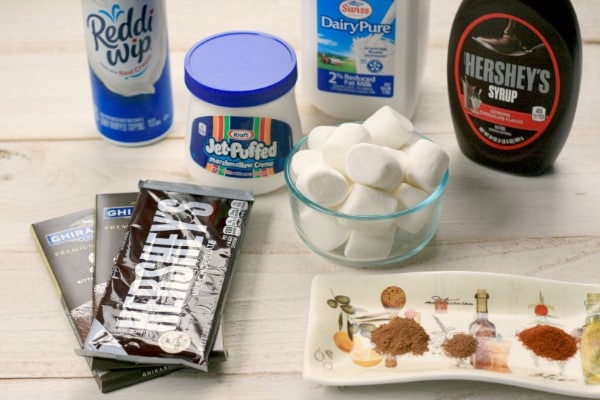 How to Make Mexican Hot Chocolate

First, we need to melt the chocolate. To do this, we combine it with milk in a saucepan and cook it over medium-low heat.

It’s tempting to increase the heat to melt the chocolate faster, but don’t do it. If the chocolate gets too hot, it will harden. Melt it slowly and stir continuously during the process. 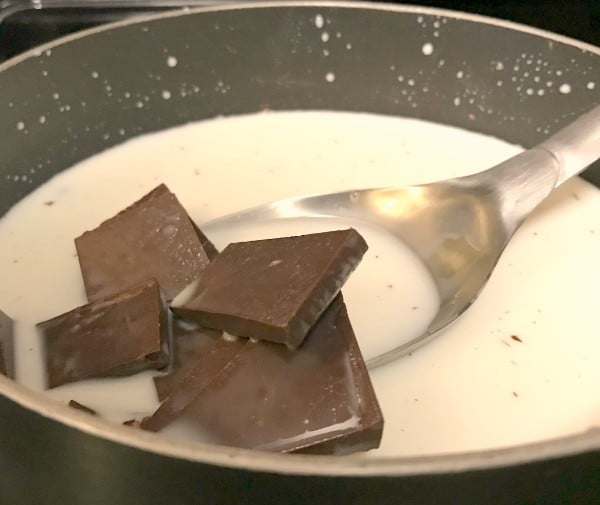 It should look something like this once all of the chocolate pieces have melted: 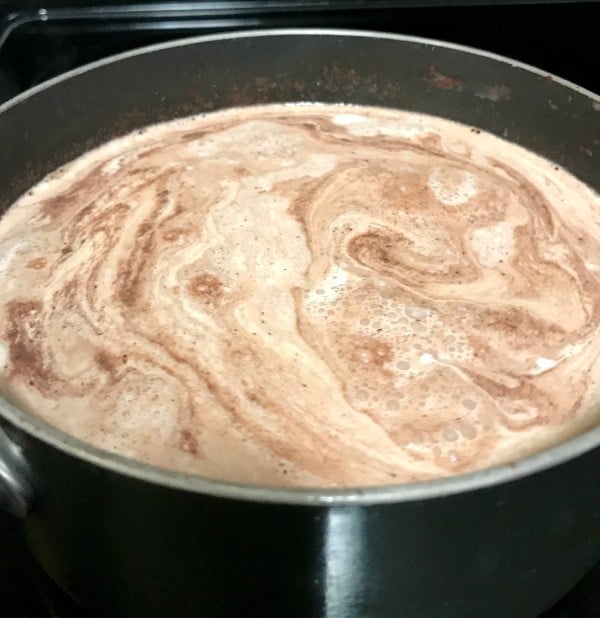 Once the chocolate is completely melted, we can crank the heat up to medium. Add whipping cream, cinnamon, nutmeg, and chili powder. 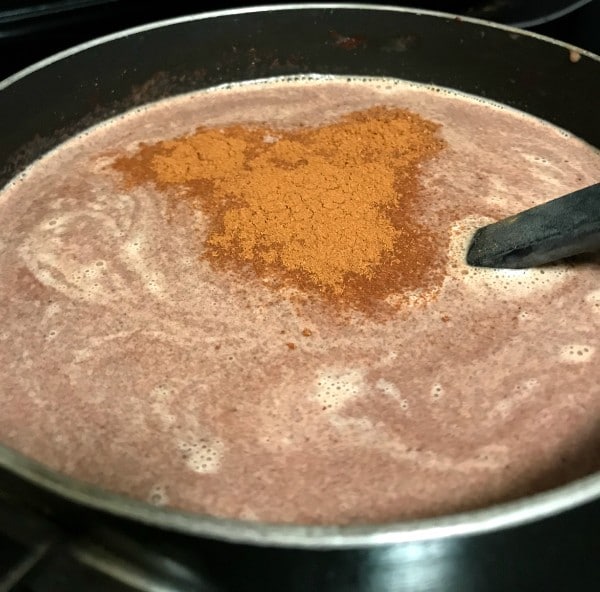 Simmer for 5 minutes or until desired thickness is achieved, stirring occasionally to prevent a film from developing and to keep it from sticking to the pan.

Now, you just need to pour into mugs and top with any toppings you want. Personally, I like it with whipped cream and an extra sprinkle of cinnamon. 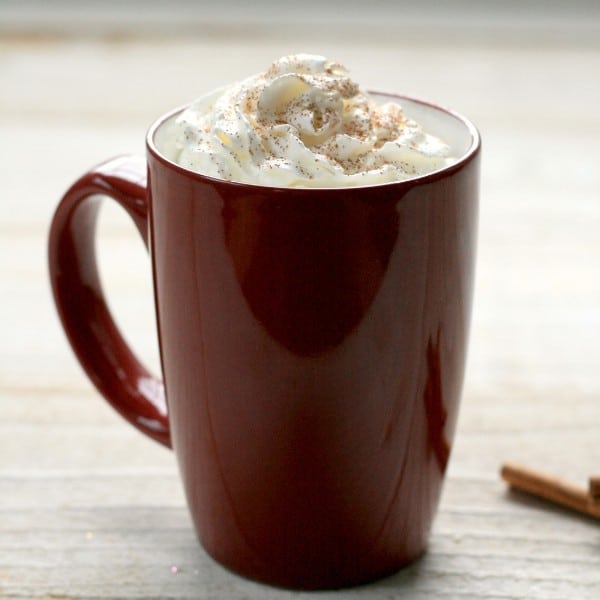 Want to print off the recipe instead of all that scrolling? Just click the print button in the recipe card below.