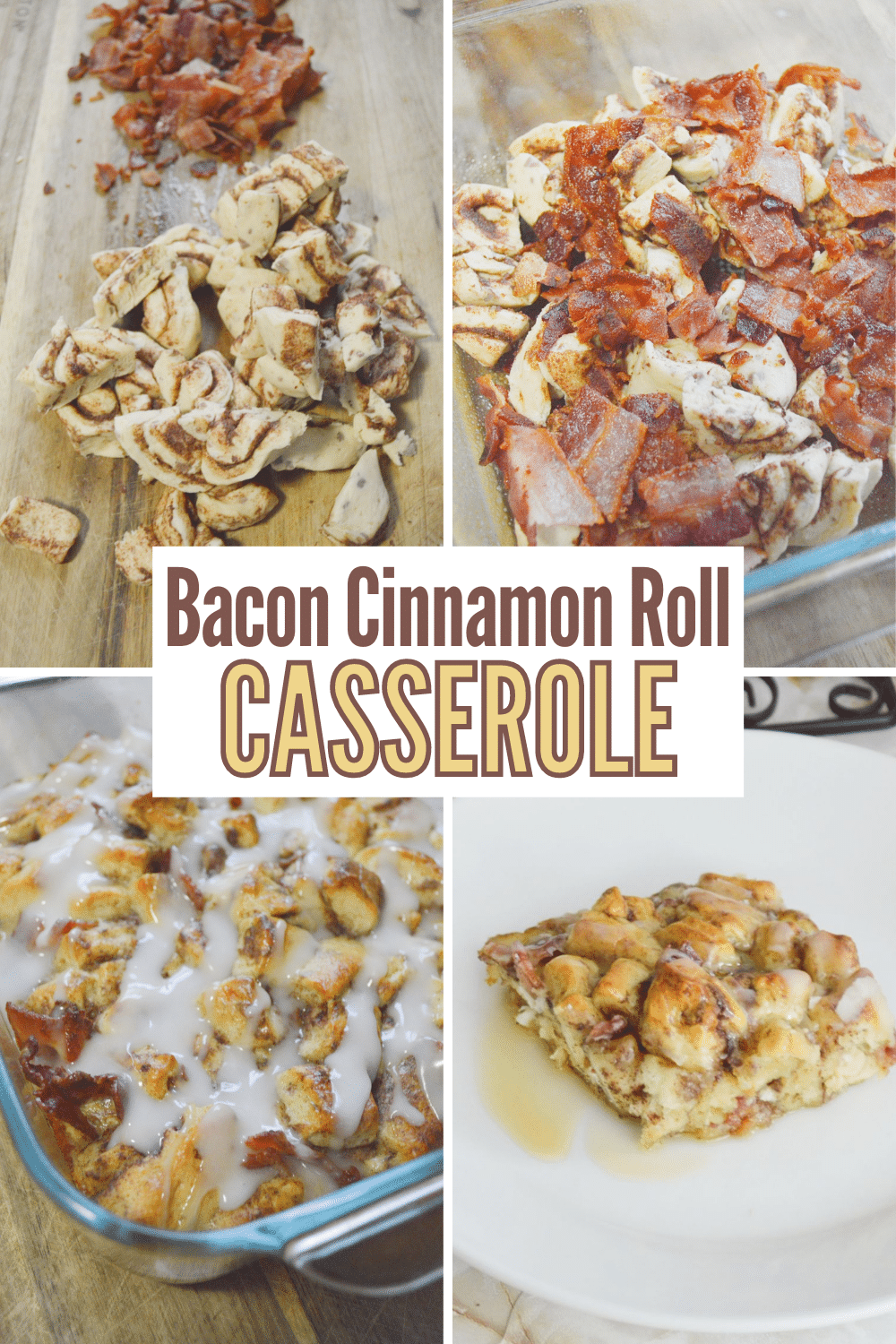 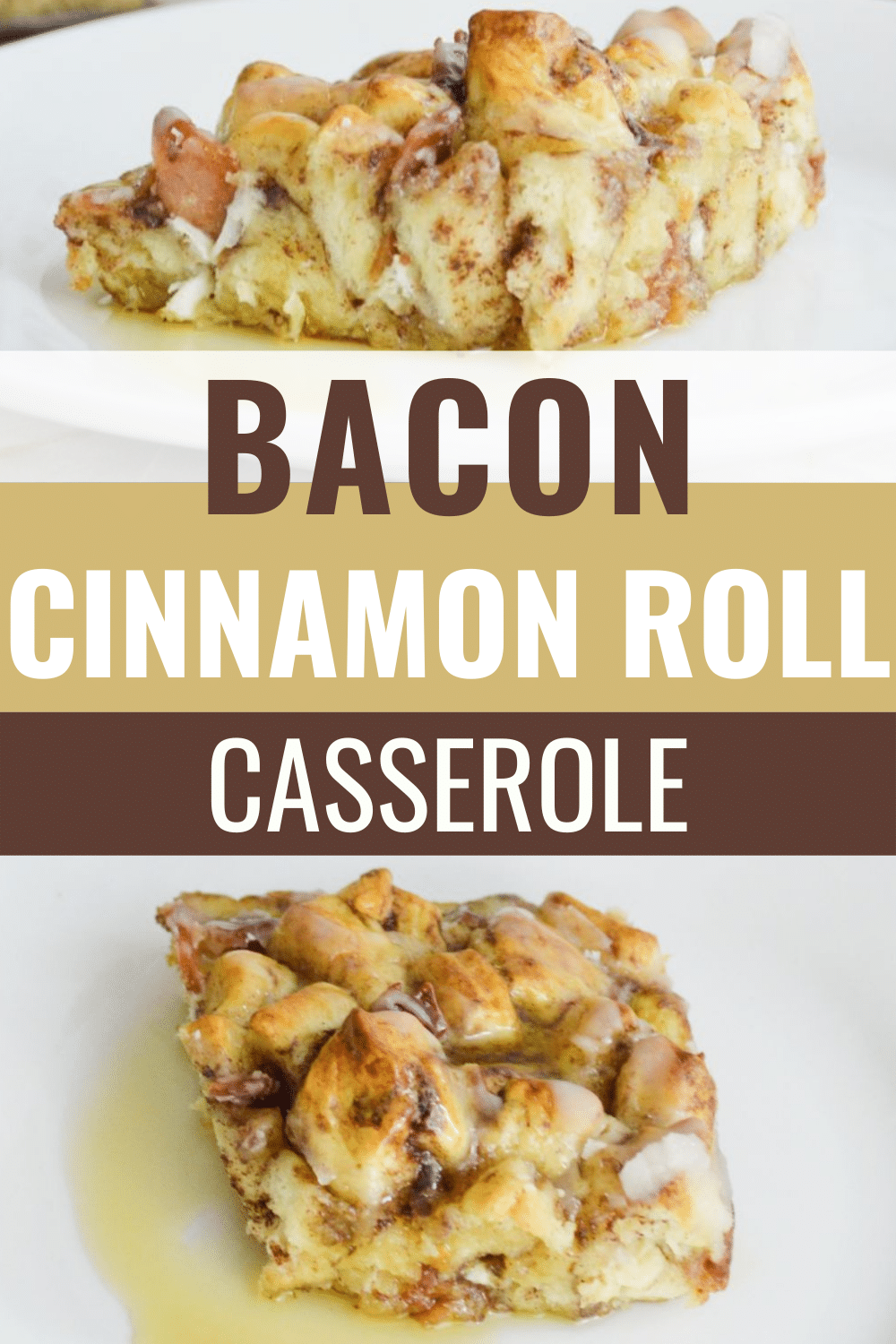 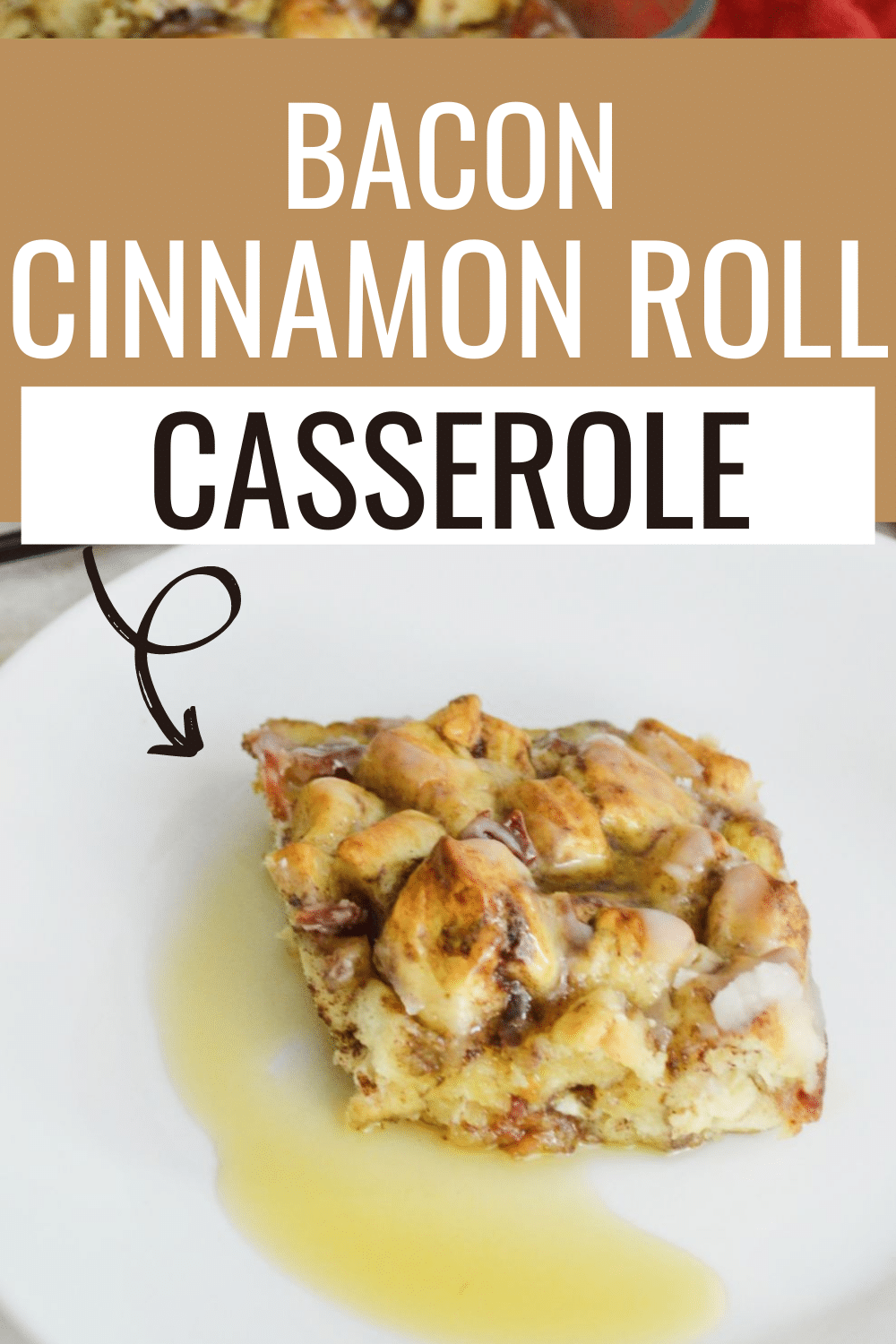 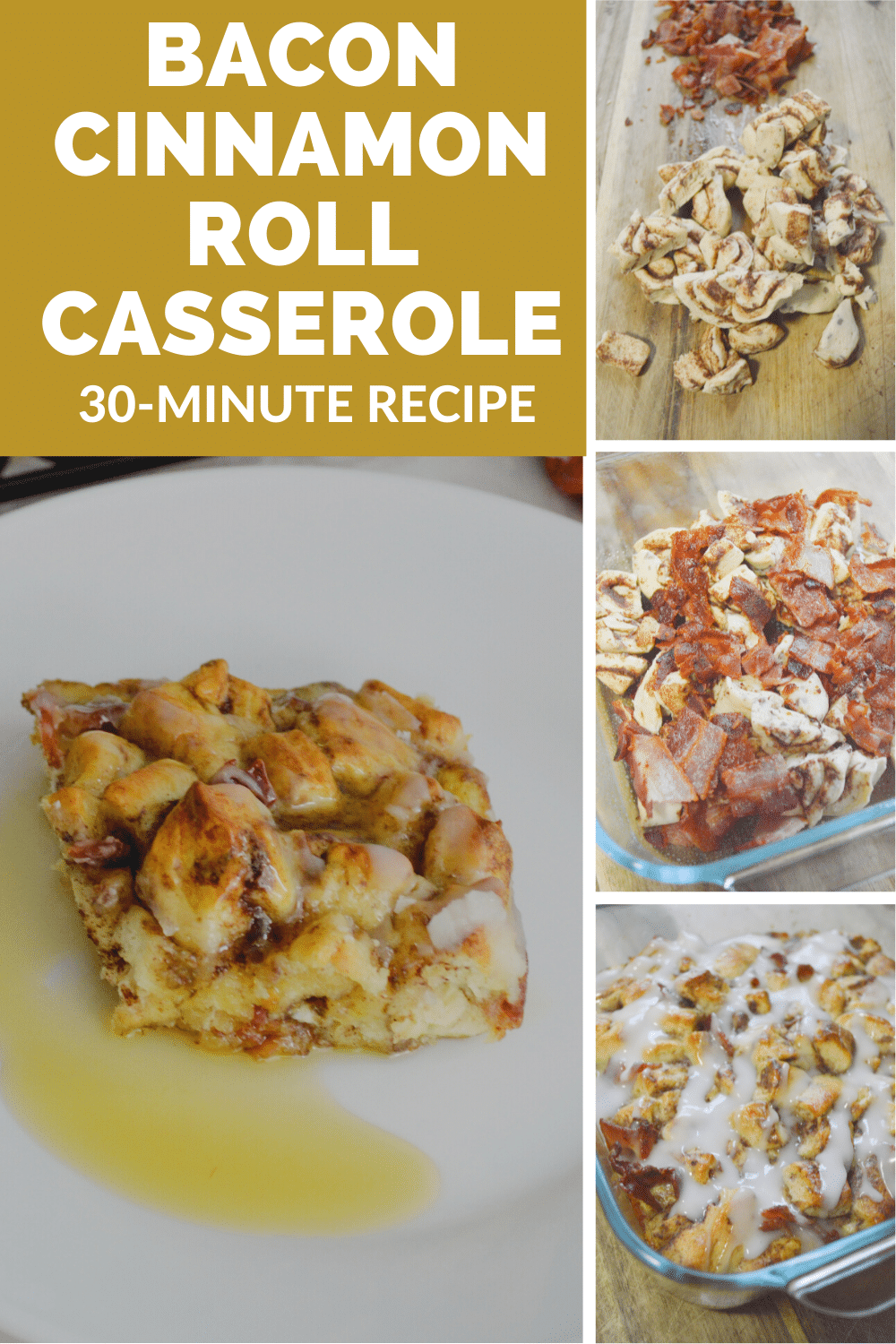 Bacon Cinnamon Roll Casserole is breakfast perfection. You get two of the best breakfast flavors in one dish! (just four ingredients!)

I’m pretty much obsessed with the fact that you can make this simple casserole recipe in one easy casserole dish. Make certain to check out my other Overnight Croissant Breakfast Casserole recipe as well.

I’m a bacon hound. I said it and I don’t regret it. And while most people think that bacon goes well with eggs, I find that it pairs perfectly with the sweetness of cinnamon rolls as well.

All you need are a few simple ingredients to get started and this breakfast casserole will be ready to enjoy in no time at all.

Why We Love This Recipe

Bacon: You can use regular bacon or cut down on the fat content and use turkey bacon, too.

Crushed Pecans: This would be great for a topping to add some crunchy texture.

This recipe will come together in just 5 easy steps.

Start by cutting the cinnamon rolls into quarters.

Grease a baking dish (8×8) and put in the cinnamon roll pieces and cooked bacon.

Add in the eggs and the milk and mix. Everything should be covered.

Once done, remove from the oven and top with icing.

Serve as is, or pair with maple syrup.

You’re going to love the flavor of this cinnamon roll (french toast) bake.

Add in sausage: A fun way to make this different would be to add in drained cooked sausage!

How to store this cinnamon roll breakfast casserole

All you need to do is let it cool down and then put a lid on the casserole dish. You can then just store it in the fridge for later.

You can reheat it low and slow in the oven or cut a piece and reheat it in the microwave when you’re ready to enjoy.

Can I use homemade cinnamon rolls for this recipe?

You bet! If you have a cinnamon roll recipe that you love, make that up and use it! I just use premade to save me time. 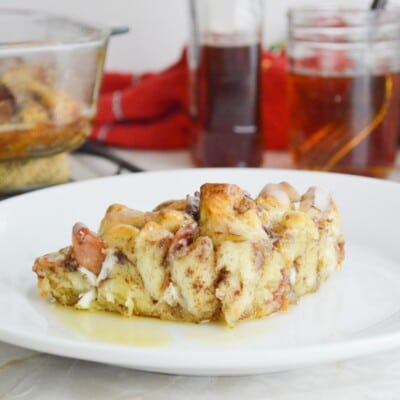 Need to run to the store for a few ingredients first? Don’t forget to pin this recipe so you can find it when you’re ready to cook!