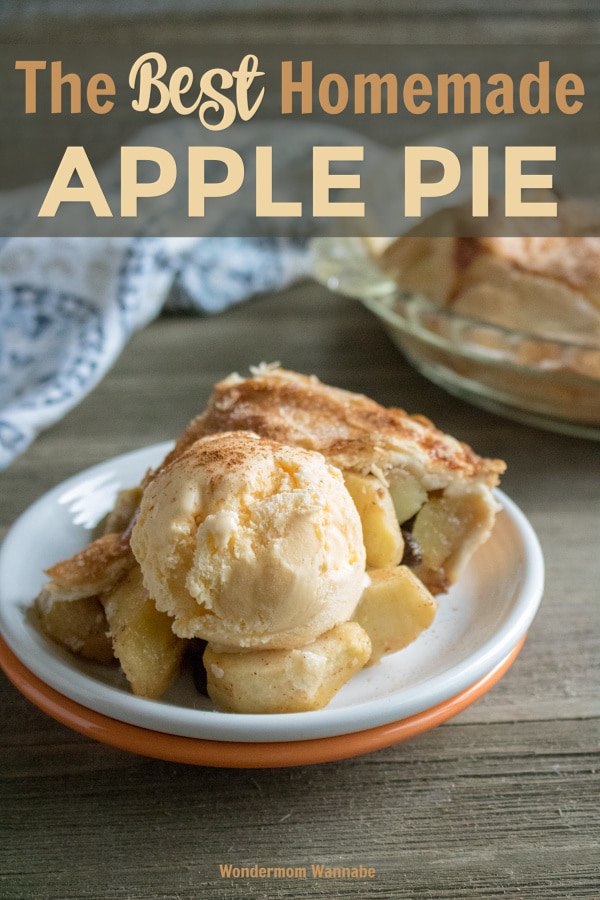 This Best Homemade Apple Pie is deceptively simple and oh so satisfying. It’s a dessert that tastes like it’s baked with love, without requiring a lot of time, work or fancy ingredients.

As someone who grew up baking desserts that came out of boxes, for years I was too intimidated to attempt a pie. I guess because most of the pies I had as a child were made by someone’s grandma, I pictured generations of women spending hours in the kitchen handing down secrets of how to roll the dough and mix the magical ingredients that created this heartwarming dessert.

Then I married my husband and watched my mother-in-law churn out half a dozen pies in the blink of an eye and I realized pie isn’t complicated at all! In fact, it’s so simple and forgiving, it’s pretty hard to mess up!

Essentially, it’s the dessert version of a sandwich. Instead of bread-filling-bread, it’s crust-filling-crust. Even better, the simpler you keep the filling, the better the pie tastes! 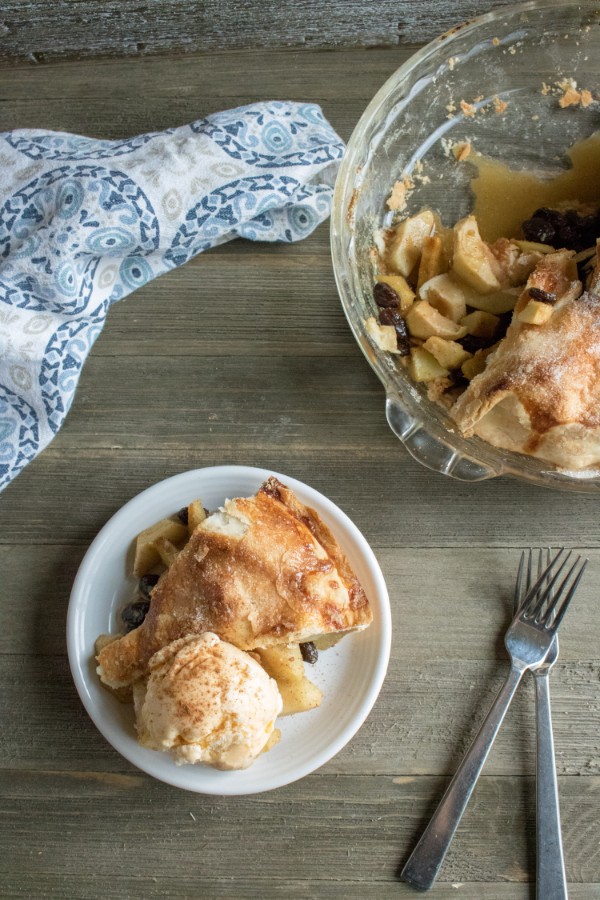 How to Make Homemade Apple Pie

This Homemade Apple Pie is

For years, this step scared me and I used Pillsbury pie crusts, but honestly, it’s really easy to make your own and the result is so much better! I use the perfect pie crust recipe from Creative Kids.

To make the filling, we just need a few basic items you probably already have in your kitchen. 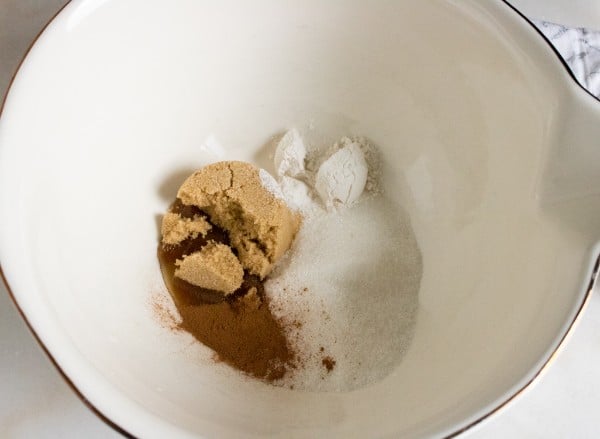 Mix them together and then add peeled, sliced apples and raisins. If you don’t like raisins, you can skip them, but they add an extra dose of sweetness and a neat chewy contrast to the crisp apples. 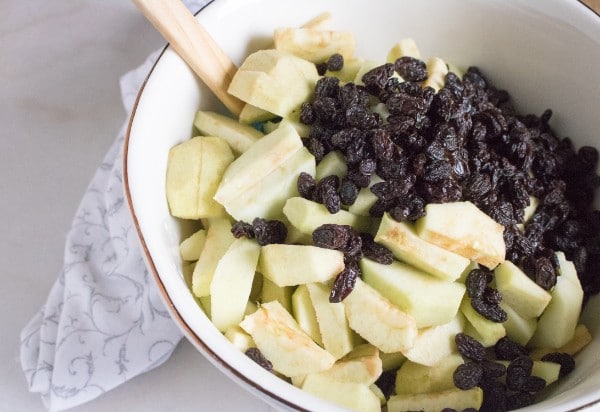 Mix everything together to coat the apples and raisins in the sugar mixture.

Now we just need to assemble the pie. Place one pie crust in the bottom of a pie pan. Then, pour the apple filling on top. Your pie pan will be nice and full! 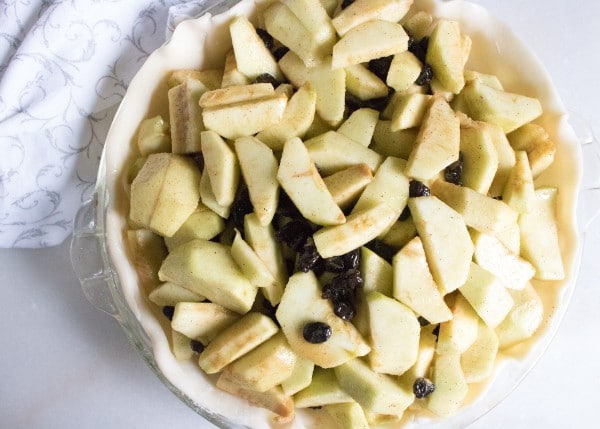 Lay the other pie crust over the top and cut some slits in the top using a sharp knife to let steam escape from the filling while the pie bakes. Then, brush melted butter over the top crust to not only help it brown beautifully, but for the delightful flavor too. 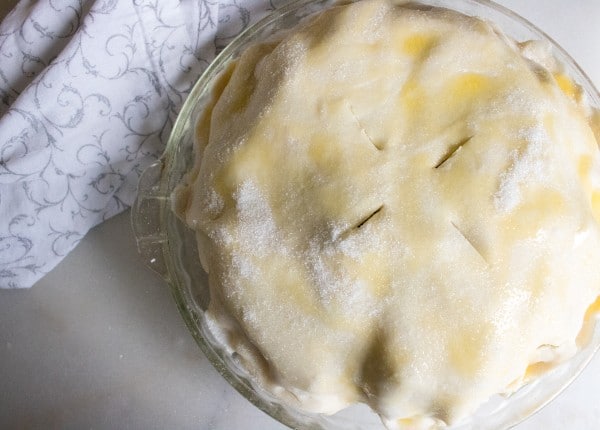 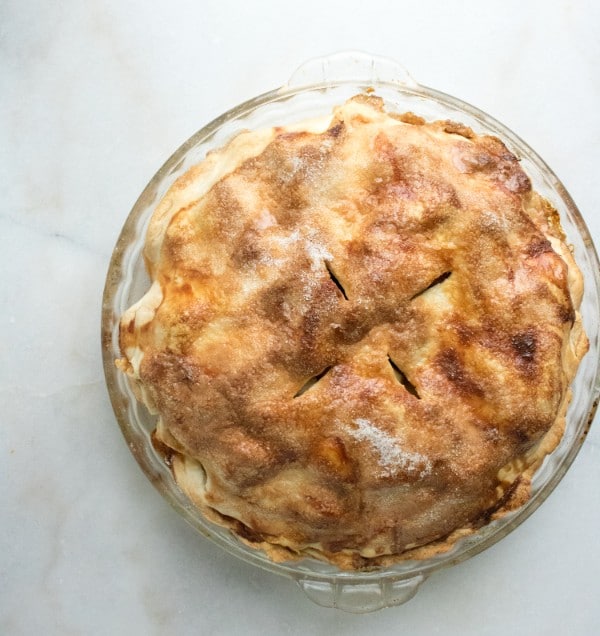 That’s it! Your Homemade Apple Pie is ready to slice and serve! If you’re serving it fresh out of the oven, a nice, cold scoop of vanilla ice cream is great on top. 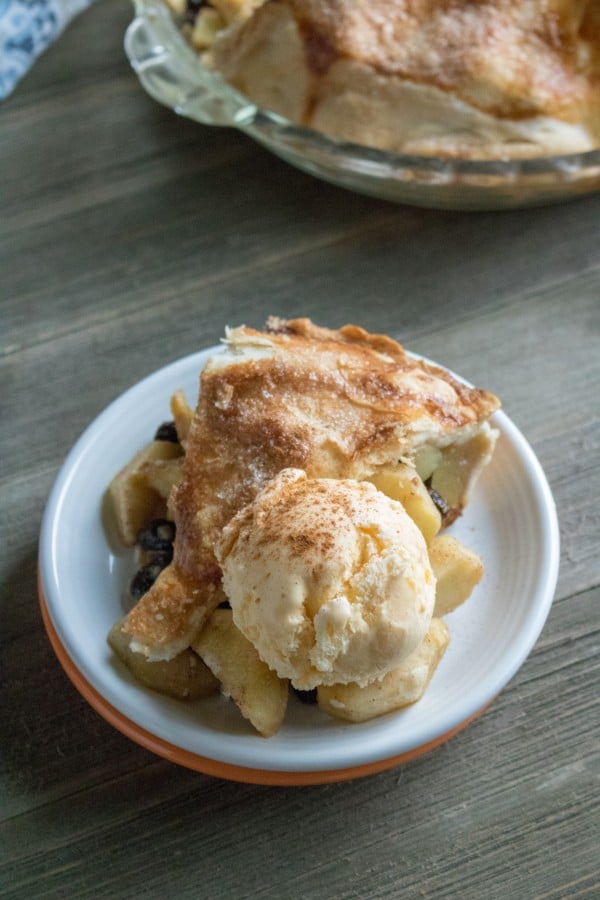 You can also drizzle caramel on top or add whipped cream if you like.

Because this Homemade Apple Pie is so easy to make, you’ll want to make it again and again. Bookmark this page or print off the recipe to keep in your recipe box. 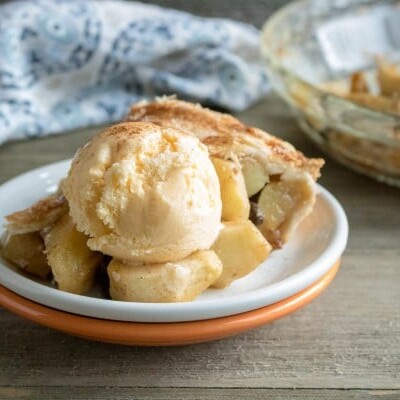 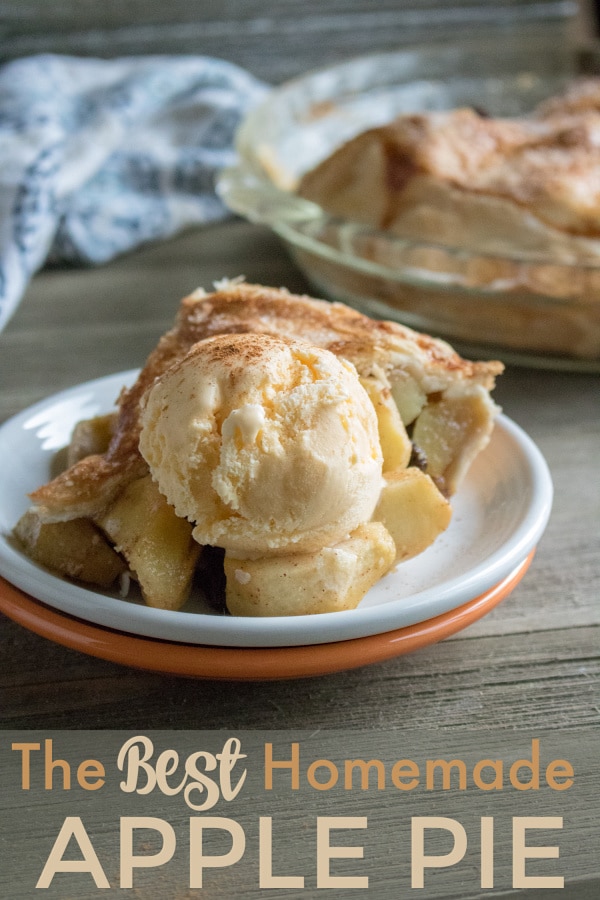 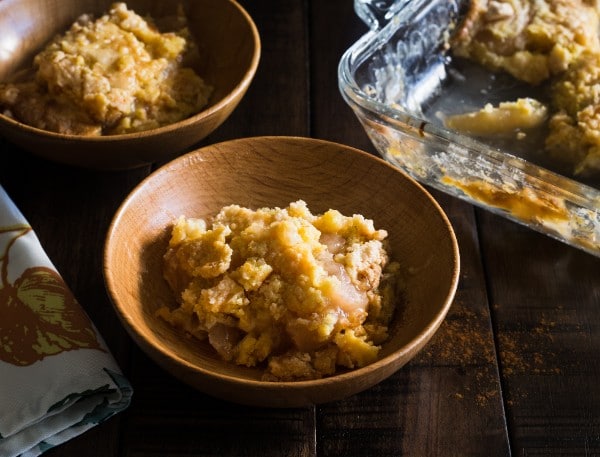 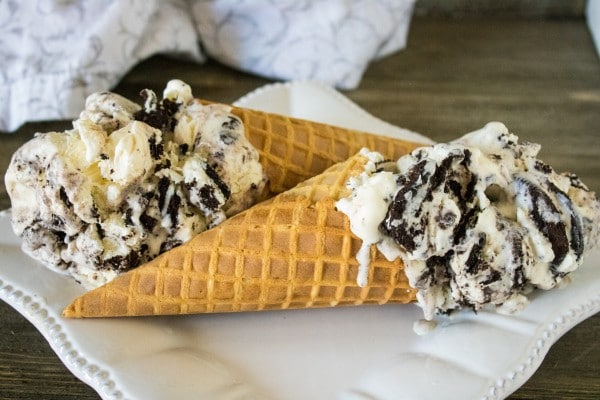 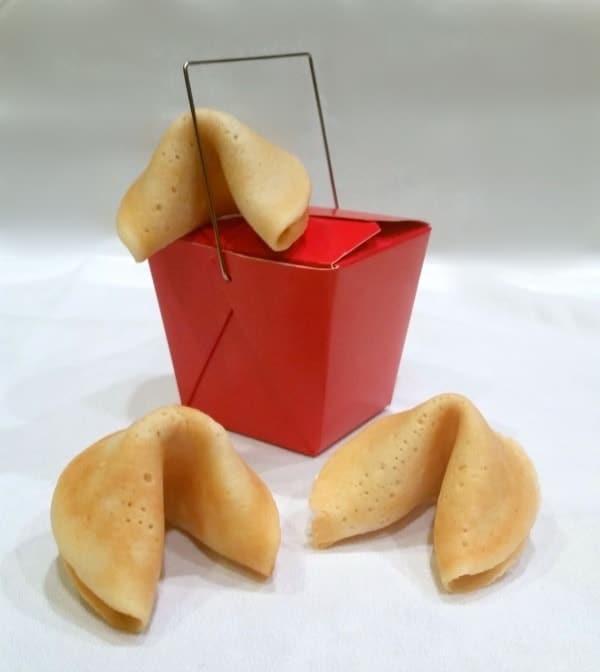