These Hawaiian Ham and Swiss Sliders are always the most popular finger foods at parties. Despite being really easy to make, the creative combination of flavors join to become the best finger-licking sandwich ever.

The inspiration for These Hawaiian Ham and Cheese Sliders

This recipe is based on one I discovered two years ago. The original recipe (from Stockpiling Moms) referred to these sandwiches as “Funeral Rolls” which is how I found them.

My father had just passed away and I was planning the menu for the reception after his funeral. So, while I’m thankful to have discovered this recipe due to their unfortunate name, I needed a less morbid moniker to refer to them as.

Not to mention, since these truly are my most complimented dish every time I serve them, I didn’t want to dive into the story of the name each time someone asked for the recipe.

I’ve also made a few small changes to the original recipe based on feedback from my family and guests as I’ve tweaked the recipe. Because I find the sweet Hawaiian rolls sweet enough, I’ve reduced the brown sugar.

I do make it with the poppy seeds to sneak in some additional health benefits while also (in my opinion) enhancing the flavor and texture of the sandwiches.

Finally, because these sandwiches are always a hit, I buy the 18-count pack of King’s Hawaiian rolls instead of the 12-count and have adapted the recipe accordingly. 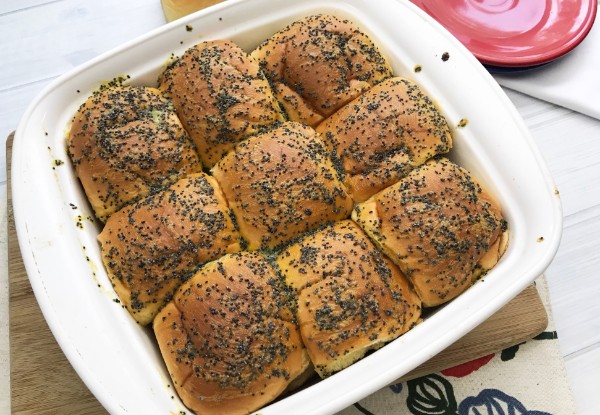 How to Make Hawaiian Ham and Cheese Sliders

Aside from how amazing these sandwiches taste, my favorite thing about them is how easy they are to make. By the way, if you have little helpers, this is a great one to recruit their assistance with!

The steps are simple and the ingredients are basic. You should be able to find everything you need at your local grocery store. 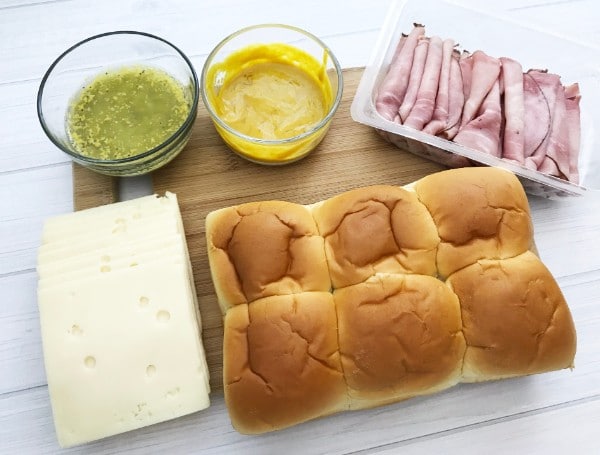 I prefer to divide them into two separate casserole dishes so that during a party, I can make one dish first, then place the other in the oven while the first is being served. This way, when the first batch runs out, the next batch is warm and just as delicious. 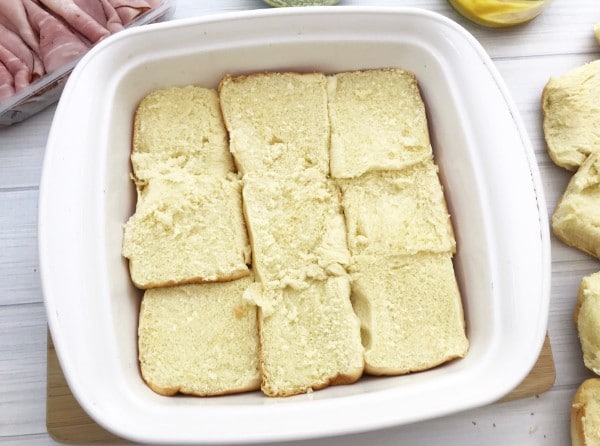 Next, spread some yellow mustard on each roll. I personally prefer dijon mustard, but I get more rave reviews with regular yellow mustard. 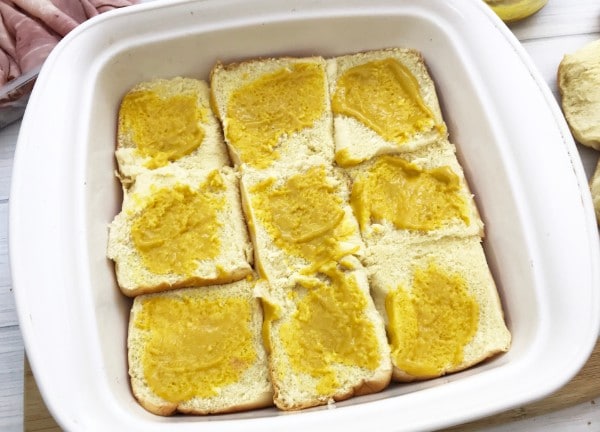 Now it’s time to layer on the ham. This is a step that is perfect for your kids to do. No precision required and they get to add the main ingredient! 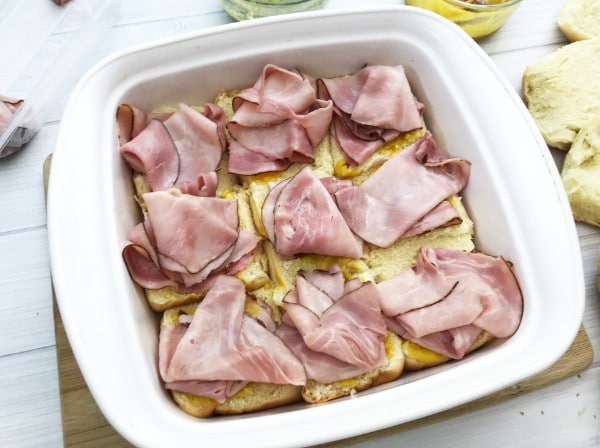 This is another step that’s perfect for little helpers. Lay four slices of Swiss cheese on top of the ham. 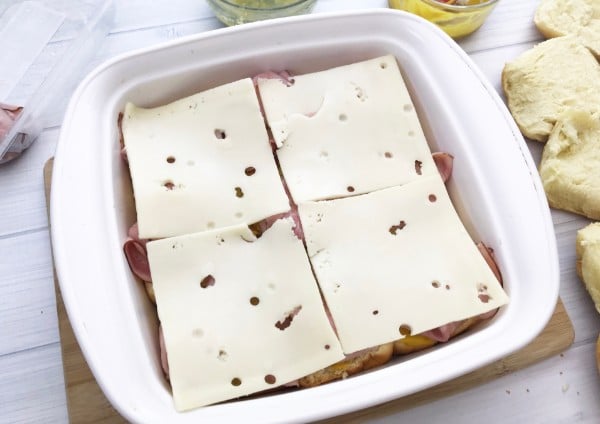 It’s time to place the other half of the rolls on top to form our sliders. 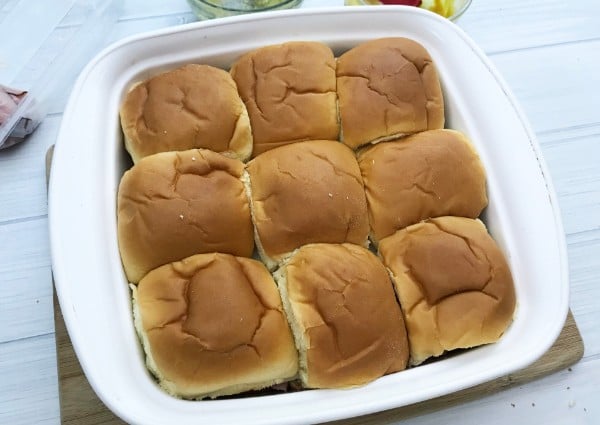 In a small bowl, stir together melted butter, mustard, Worcestershire sauce, and poppy seeds. Pour over the tops of the rolls. 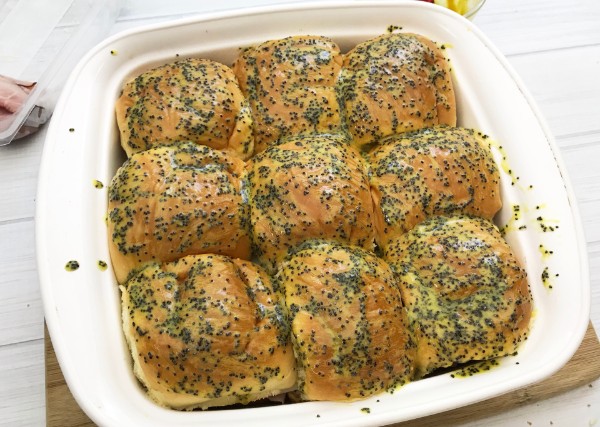 For best results, cover and refrigerate for at least four hours. I like to make them the day ahead to give the rolls several hours to soak up all the sauce.

If you want, you CAN skip the marinating time, but you’ll lose a lot of the sauce to the pan. So instead of making the sauce and pouring it over the rolls, only make half the sauce and brush it onto the inside of each of the top buns. You’ll get all the flavors with less mess.

When you’re ready to bake and serve them, preheat your oven to 350 degrees. Cover the sandwiches with foil and bake for 20-25 minutes. 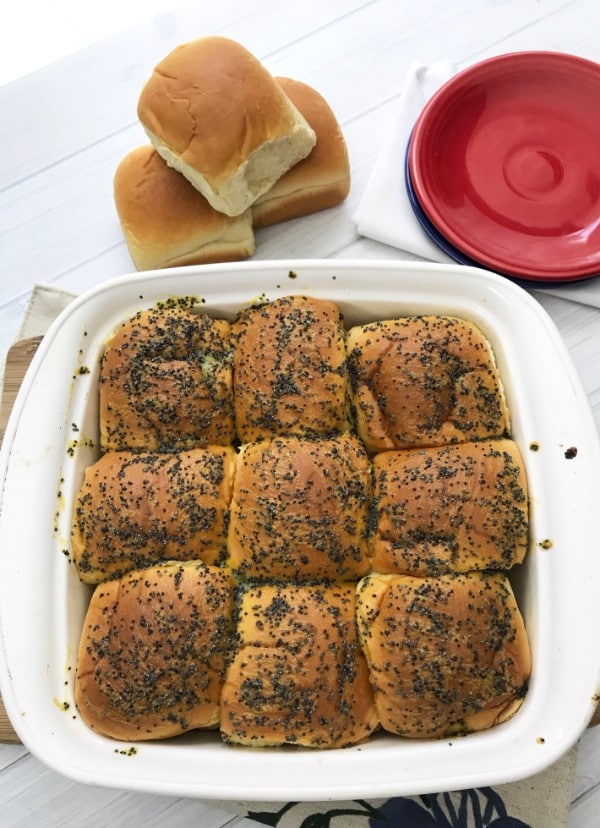 Use a sharp knife to separate the rolls. Serve warm. 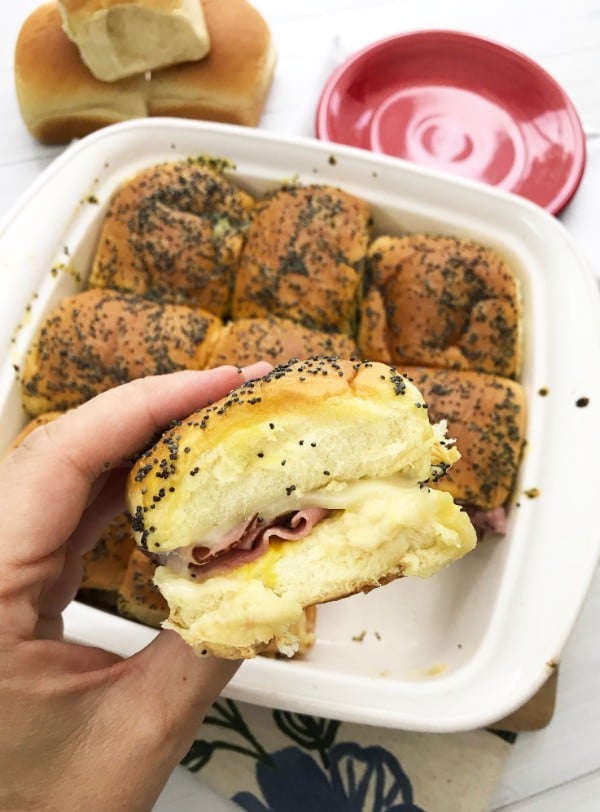 Ready to make the best appetizer ever? Here’s the recipe card for these Hawaiian Ham and Swiss Sliders. 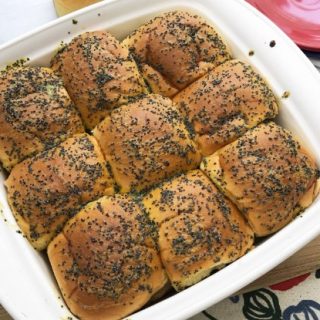 If making right away, reduce the sauce ingredients by half and instead of pouring over the rolls, brush onto the inside top half of each roll. Bake as directed.

If you liked these Hawaiian Ham and Swiss Sliders, you might also enjoy these other Easy Slider Recipes. While sliders are one of my favorite appetizers, they’re also great for kids’ lunches and even as easy dinners!

Follow Me
Latest posts by Corinne Schmitt (see all)
867Shares