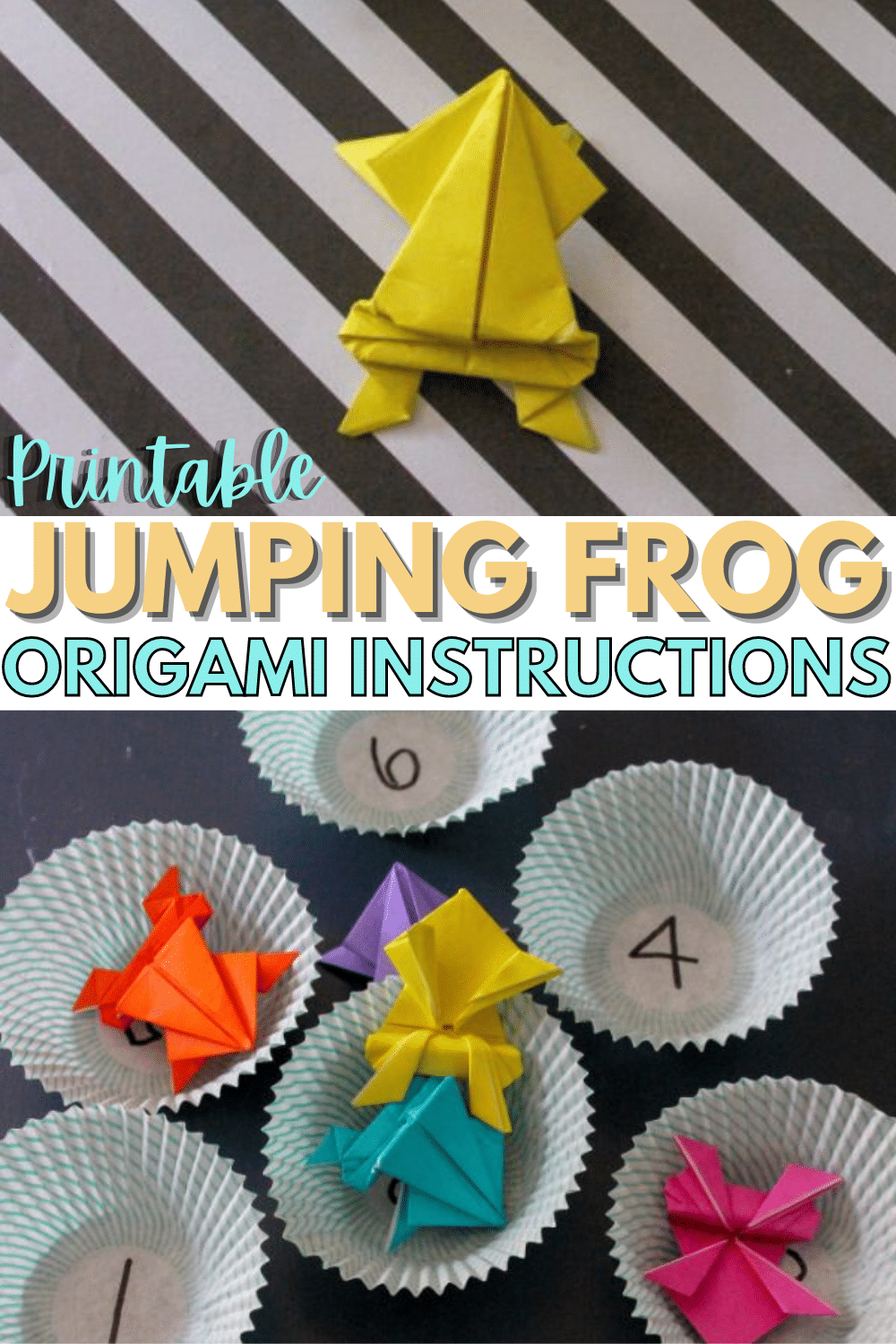 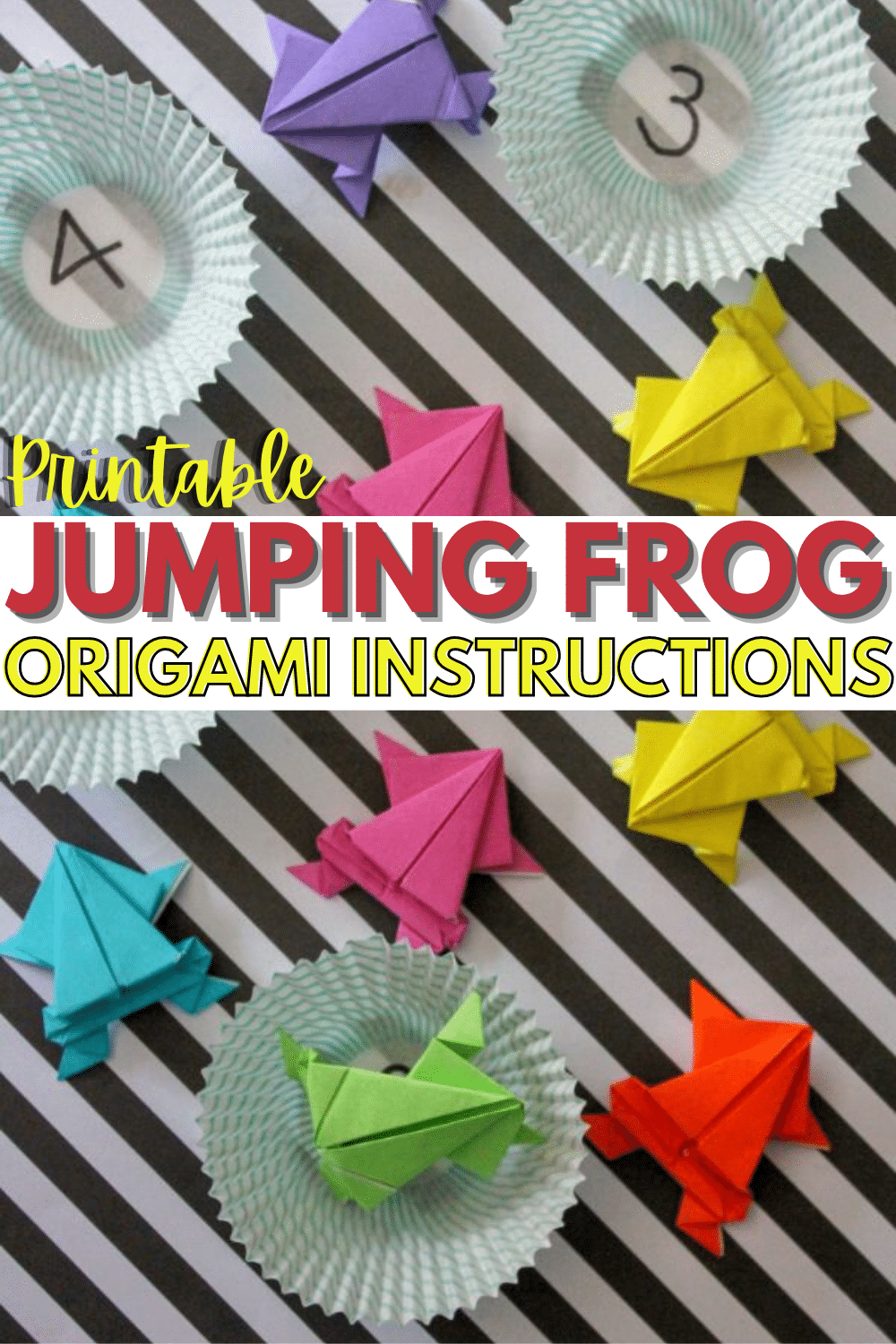 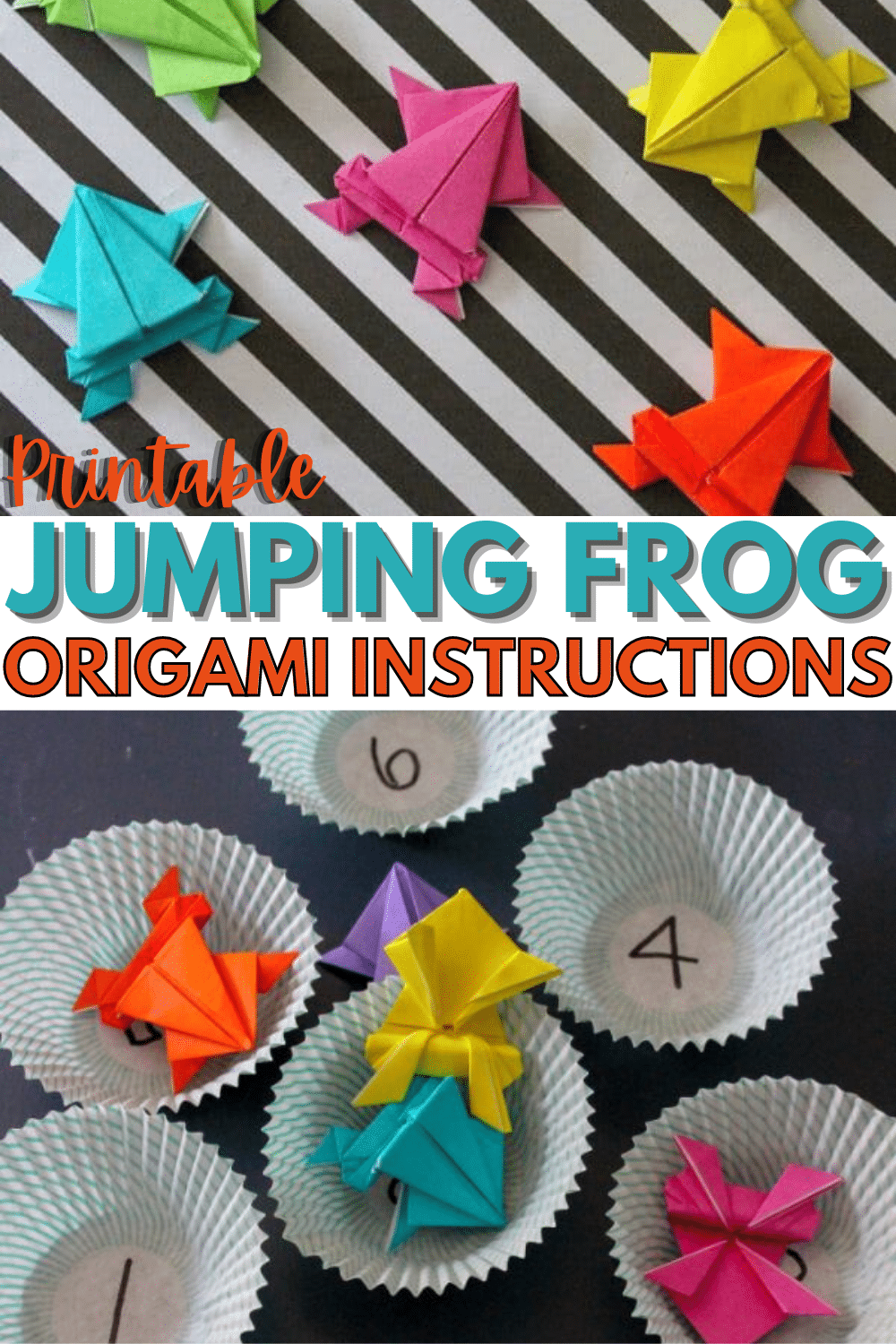 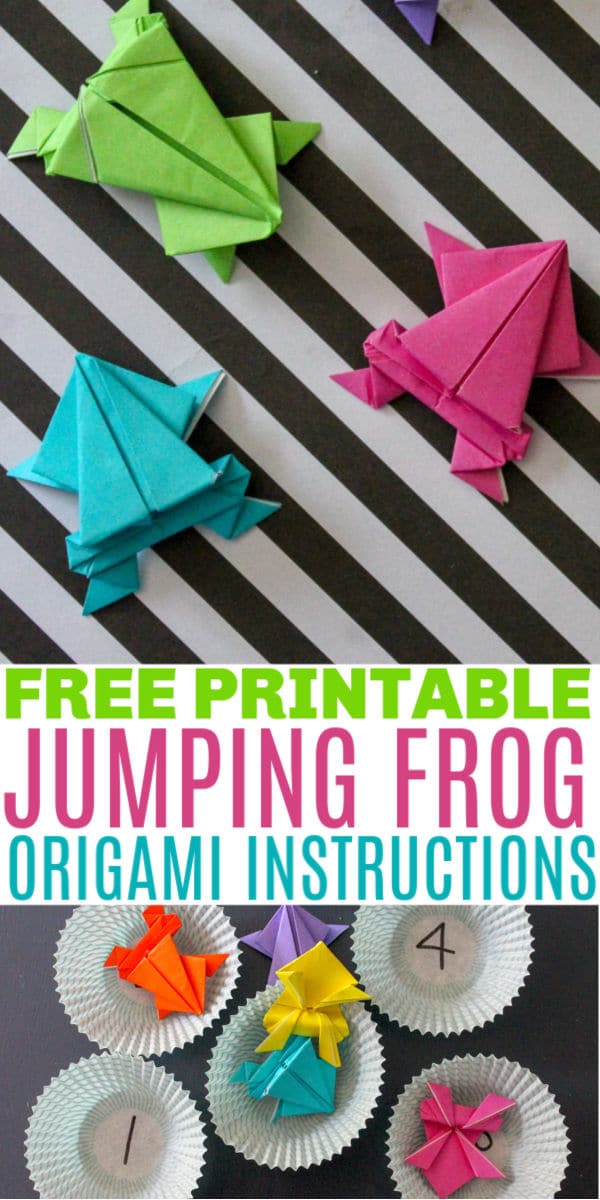 These jumping origami frog instructions will make it so easy to create paper frogs and the whole family will have fun! This is a great activity for kids for those bitterly cold days when going outside to play isn’t an option.

If you are not familiar with origami it is the art of paper folding.

I am amazed by the intricate works of art that can be created with paper. The word origami is derived from two Japanese words, “ori” and “gami”. Ori means folding and gami means paper.

DO I NEED TO USE ORIGAMI PAPER?

A common question that gets asked is if it is necessary to use actual origami paper.

The answer to this question is that it depends on how you want your project to turn out. Origami paper comes already cut into a 6-inch square which is the needed size for origami.

The paper is also thin and works much better for folding.

You can use regular paper that has been cut into a 6-inch square but you may have trouble getting the intricate folds accurate and the end result may not be quite as good.

The good news is that origami paper is inexpensive and a pack will last you a long time!

I love projects that only require minimal supplies. This project only has 2 supplies!

HOW TO MAKE ORIGAMI JUMPING FROGS

The key to origami is to follow each step exactly before moving on to the next step.

STEP ONE: FOLD IN HALF

Start off by taking your 6-inch origami paper and fold it in half.

Keep the paper folded. Pull the top right-hand corner over to form a triangle on the top half of the paper. Crease this fold.

Do the same thing with the left corner. Be sure to crease it.

The top corners can be unfolded because they have been creased. Now fold the lower right corner and crease it.

Now unfold the lower right corner. It is time to fold the lower left corner just like you have done the other 3 corners. Crease it.

Since all 4 corners have been folded and creased you can unfold the paper.

You should have 2 X shapes and a diamond in the center from the folds and creases.

The trickiest part of these jumping origami frog instructions are right now!

On the top half, pull inwards from your X shape to form a triangle. Crease it into place. It should like kind of like a little house.

Now repeat the same process for the bottom. Your paper will be folded up into a nice little diamond.

It is time to fold the top left corner of the top triangle up. Crease this fold.

Repeat the same process on the upper right corner of the top triangle. Crease it. 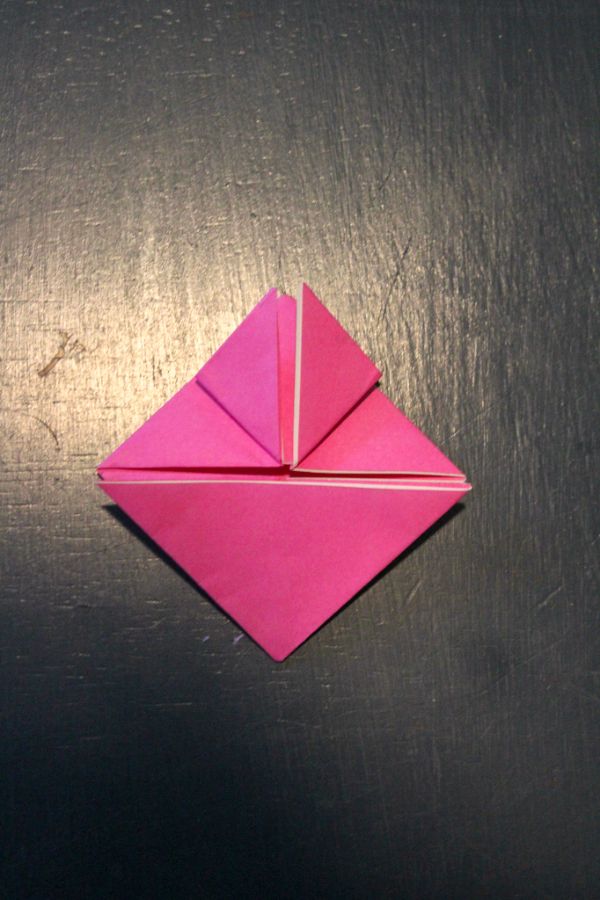 Now fold the top part of the left side of the piece you just folded upwards, back down. This will begin to form the frog’s arms.

Do the same thing on the right side.

Now repeat the last 4 steps and fold the bottom portion to match the top portion.

Turn the paper over and fold the bottom part of the diamond in between the two bottom legs upward. Crease it.

Now take the left side of the diamond and pull it towards the center to form a triangle. Crease this fold. Repeat this on the right side and you will start to see the frog forming!! 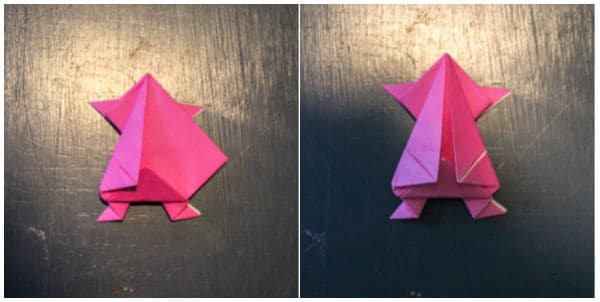 STEP SIXTEEN: FOLD IN HALF

Flip your frog back over to the front. Find the part of the frog that you folded upwards in step fourteen. Fold the frog in half here and make sure to crease it very well. This will form the “spring” where the frogs jump will come from.

Now fold in half back downwards the part you just folded up.

You are done making your frog! If you want to see him jump just push down on his back legs and he will flip, jump and fly around!

If you want to print these easy jumping origami frog instructions off so you can make this again and again just print via the card below. 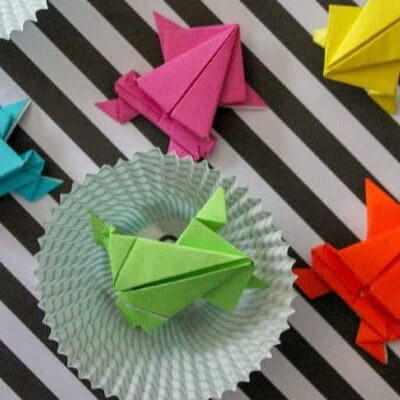 Game ideas:
Gather up cupcake liners and draw different numbers into them. Make your frogs jump and earn points if they land inside. See which frog will jump the furthest. See who can make their frog flip the most times.
Keyword kids activity, origami
Tried this recipe?Let us know how it was!

There are lots of fun ways to play with these origami jumping frogs.

Here are some easy ideas:

If you loved this fun kids activity be sure to check these out:

Be sure to PIN this for later!