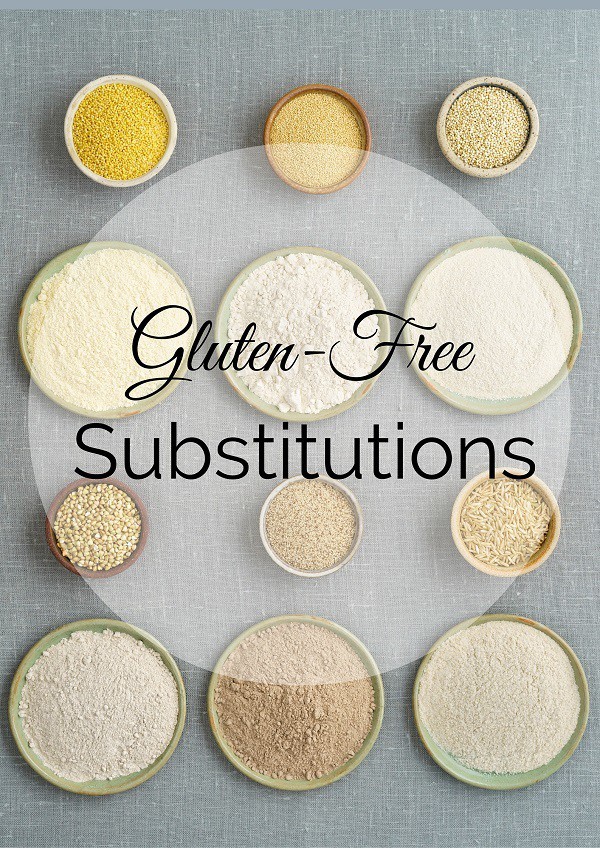 I’ve been on a gradual shift to healthier living and part of that transition has involved adopting an anti-inflammation diet. While my primary goal right now is to fight inflammation, the “diet” is basically a clean eating or whole food eating plan, focused on healthy, natural foods while limiting or eliminating processed foods. For me, this involved going gluten-free and as a result, I’ve tried to find as many healthy gluten-free substitutions full of flavor so that I don’t miss all of the bread and cereal I gave up.

Gluten-free cooking can be very flavorful, and there are entire aisles in some natural food stores and grocery stores dedicated to gluten-free foods. Here are some tips on going gluten free without sacrificing flavor.

If you are going to be making your own gluten-free foods, you will need to work without wheat flour. Once again, this does not mean bland and flavorless. Beans and nuts can be ground into flour, as can alternative grains such as rice. You can also purchase pre-ground, gluten-free flours. Here is a partial list of grains you can eat on a gluten-free diet:

There are also non-grain-based flours made from nuts, beans, potatoes, seeds (such as flax seeds), and even tapioca.

Yes, you can bake gluten-free bread. Look for a comprehensive, gluten-free bread cookbook and experiment. You can also bake flatbreads that are gluten free using almond flour, flax meal, and/or rice flour. Some gluten-free recipes contain a large number of eggs to make the breads pliable and puffy.

You may be able to make gluten-free adjustments to your favorite recipes. If you have a favorite pasta dish, you can buy gluten-free pastas made from rice or buckwheat flour. If your favorite sauce contains gluten, see if you can remove the culprit and substitute it with something else. But many sauces do not contain gluten; most likely you’ll just be replacing the pasta.

Some quick ideas for sweet treats that are gluten-free include:

There are gluten-free cake and brownie recipes that actually use pureed, cooked beans such as garbanzos or black beans.