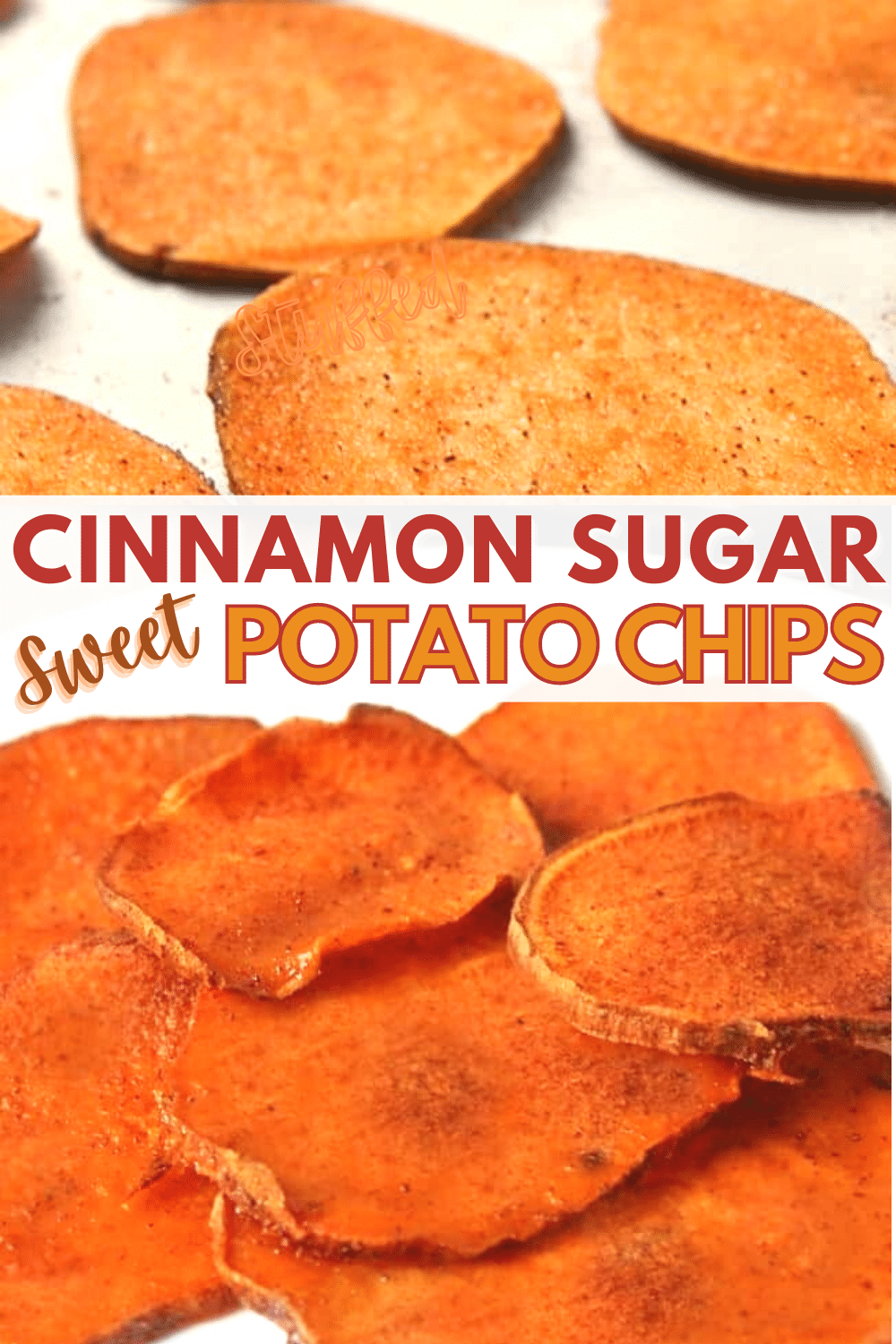 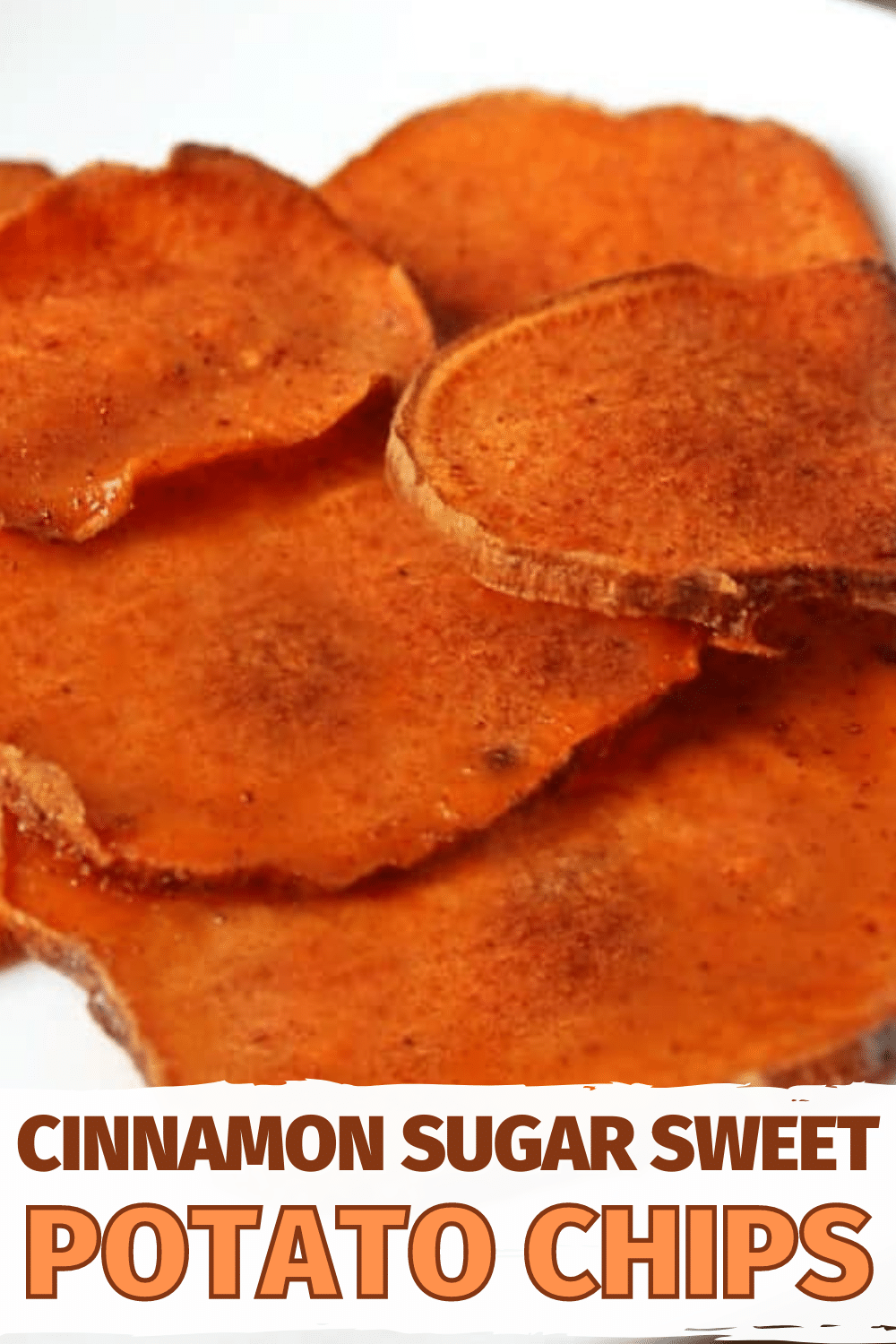 These Cinnamon Sugar Sweet Potato Chips are one of my favorite snacks. They’re super crispy and simply delicious.

I have a weakness for potato chips. They have sabotaged my healthy eating habits more than once.

Of course, store-bought potato chips (especially when eaten without restraint, as I tend to do) can be really bad for you. The preservatives in them can cause cancer, they’re loaded with trans fat and empty calories, and they contain a ton of salt.

Sweet potatoes are a great alternative to regular potatoes since ounce for ounce they have fewer calories, fewer carbs and more fiber. By baking them instead of frying them, you also eliminate a lot of the fat and cholesterol. Season them with cinnamon and sugar and you eliminate the high salt too! If you’re looking for a recipe with a similar flavor, try these Air Fryer Cinnamon Apple Chips.

You should also check out these Air Fryer Kale Chips that are bursting with salt and garlic flavors, and are so tasty even the kids will enjoy them!

Of course the main reason I grab a bag of potato chips is because it’s convenient. So, this recipe for a potato chip alternative had to be easy.

You’ll love how quickly and simply you can make up a batch of these cinnamon sugar sweet potato chips! Even better, you just need 3 ingredients (hint: They’re all listed in the recipe name). 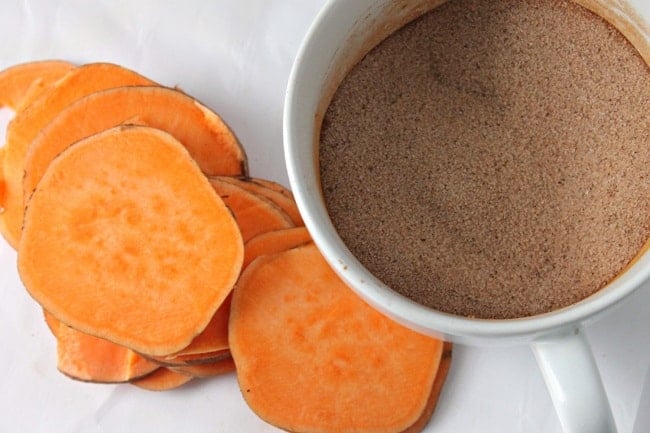 Step 1 – Combine the Cinnamon and Sugar

To get a nice even distribution of flavor on each chip, you need to combine the cinnamon and sugar in a large bowl and make sure they’re mixed together well.

Now it’s time to create the chips. They’ll cook more evenly if they’re sliced to the same thickness, which is why I suggest using a mandolin

Next you’ll dip each sweet potato slice in the cinnamon sugar mix to coat on both sides. Lay the coated chips on a parchment paper-lined baking sheet. 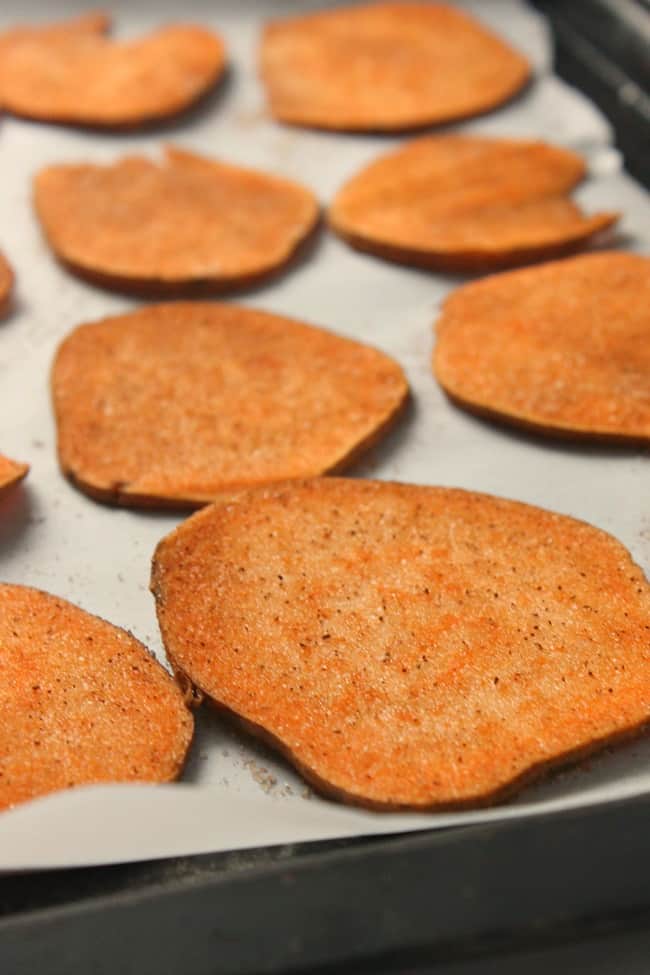 Finally, it’s time to bake! Bake for 10 minutes at 400 degrees. After 10 minutes, reduce the oven temperature to 350 degrees, flip the chips over, and bake for another 5 to 10 minutes. Thinner chips cook faster so just keep an eye on them to make sure they don’t burn. 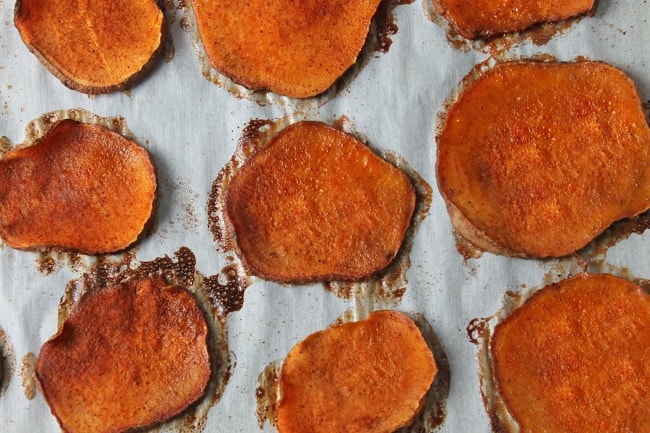 Ready to make your own batch of Cinnamon Sugar Sweet Potato Chips? 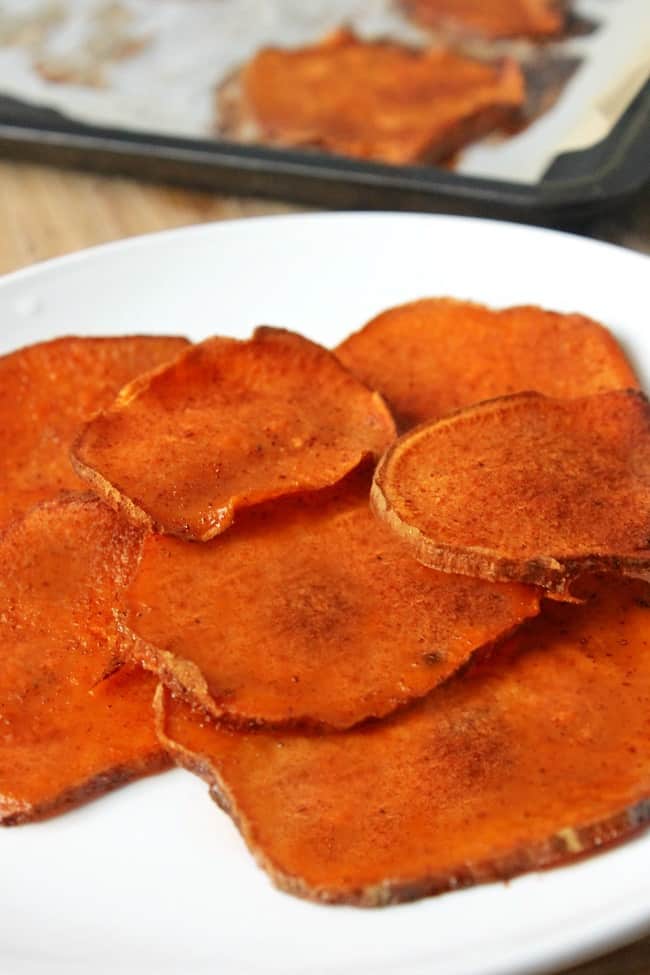 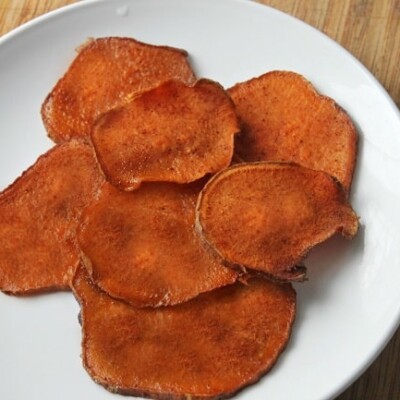 If you liked this recipe for Cinnamon Sugar Sweet Potato Chips, you might enjoy some of these other healthy snack ideas. 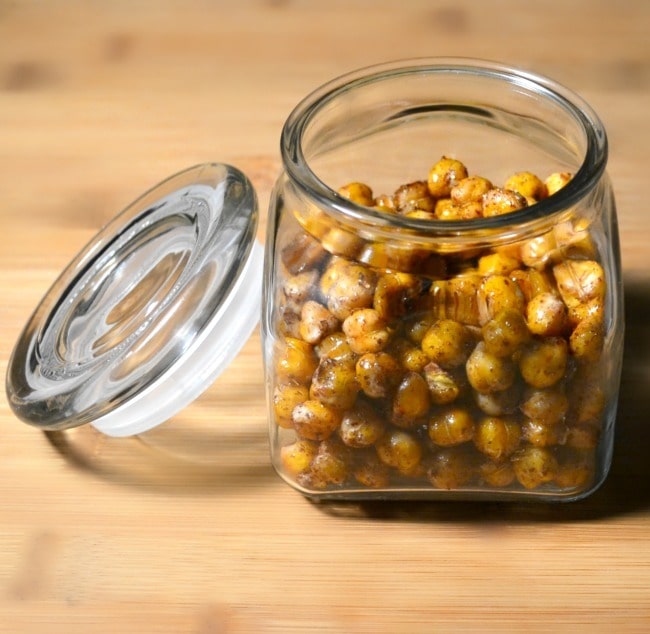 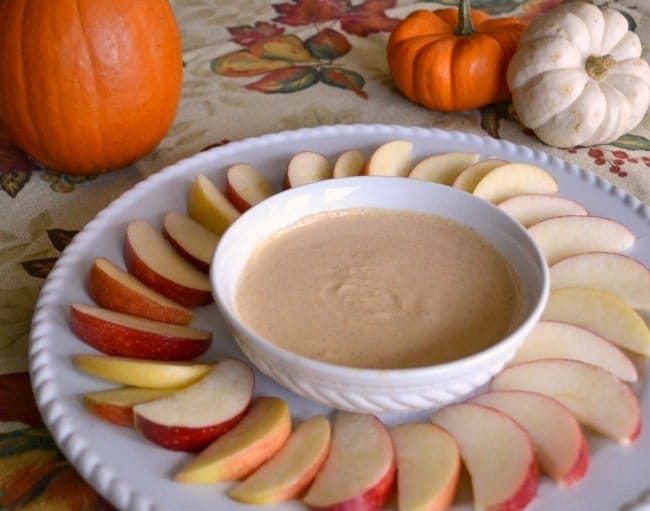 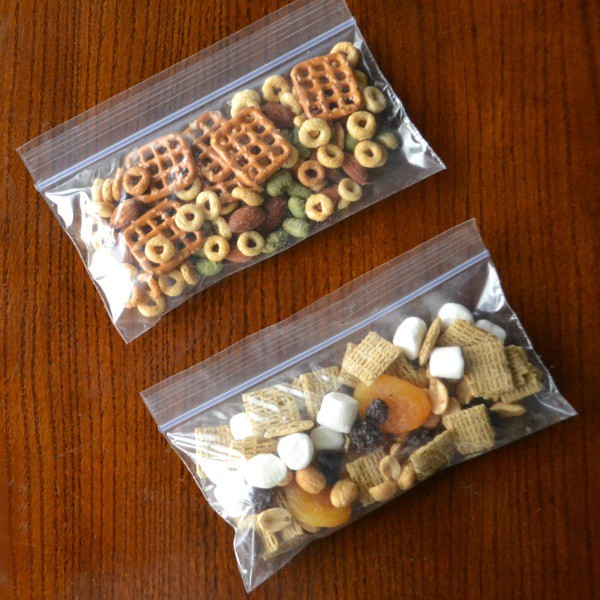