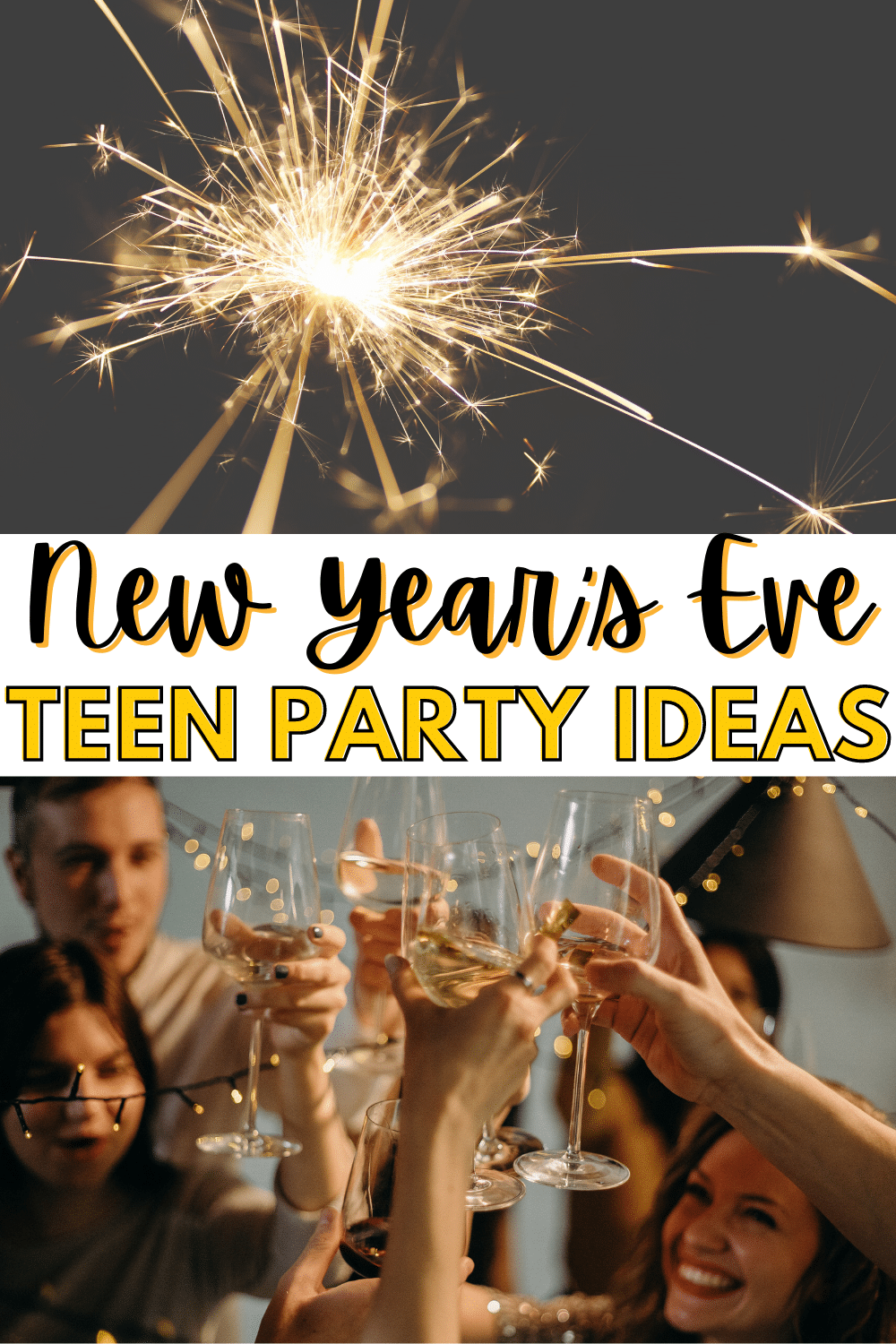 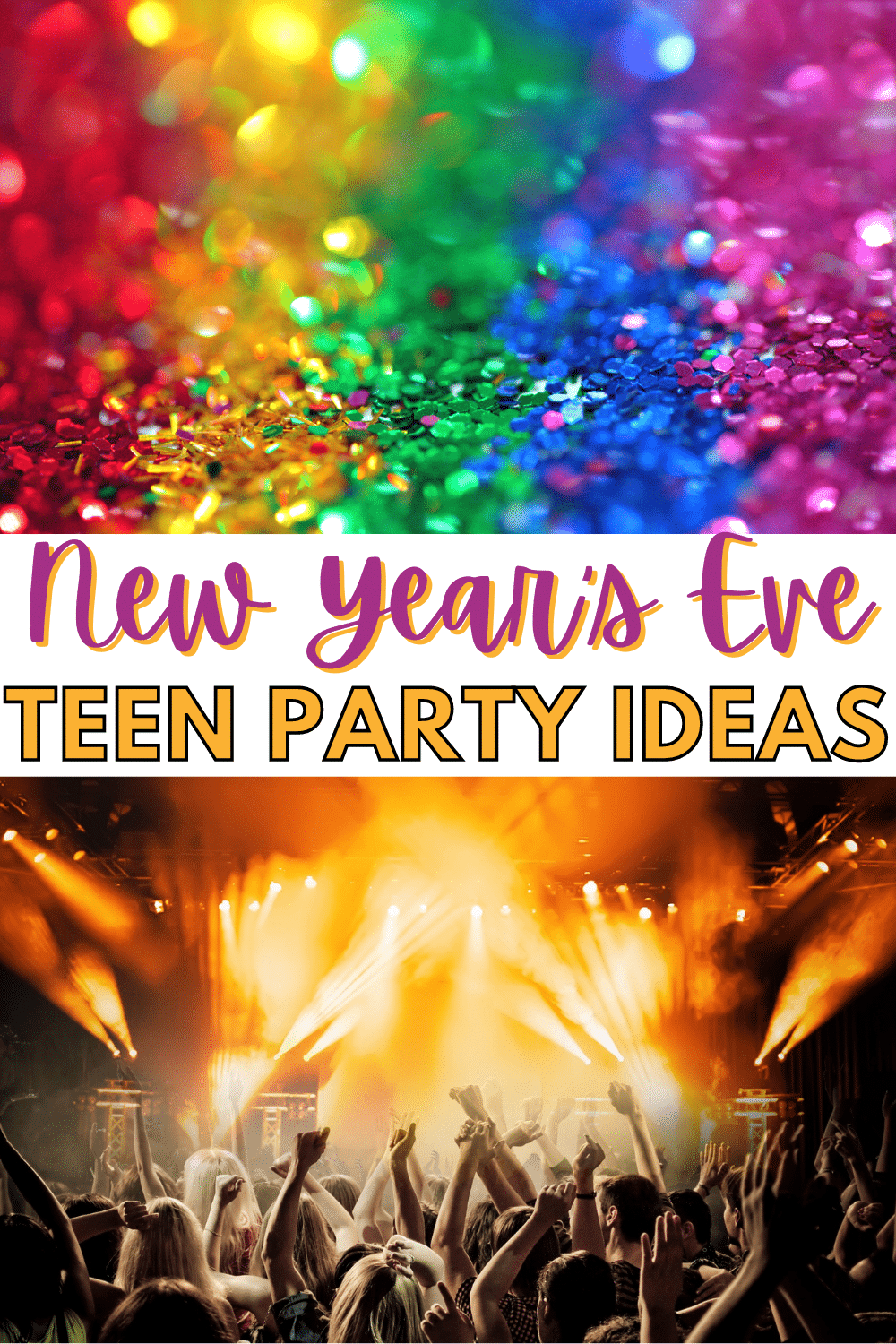 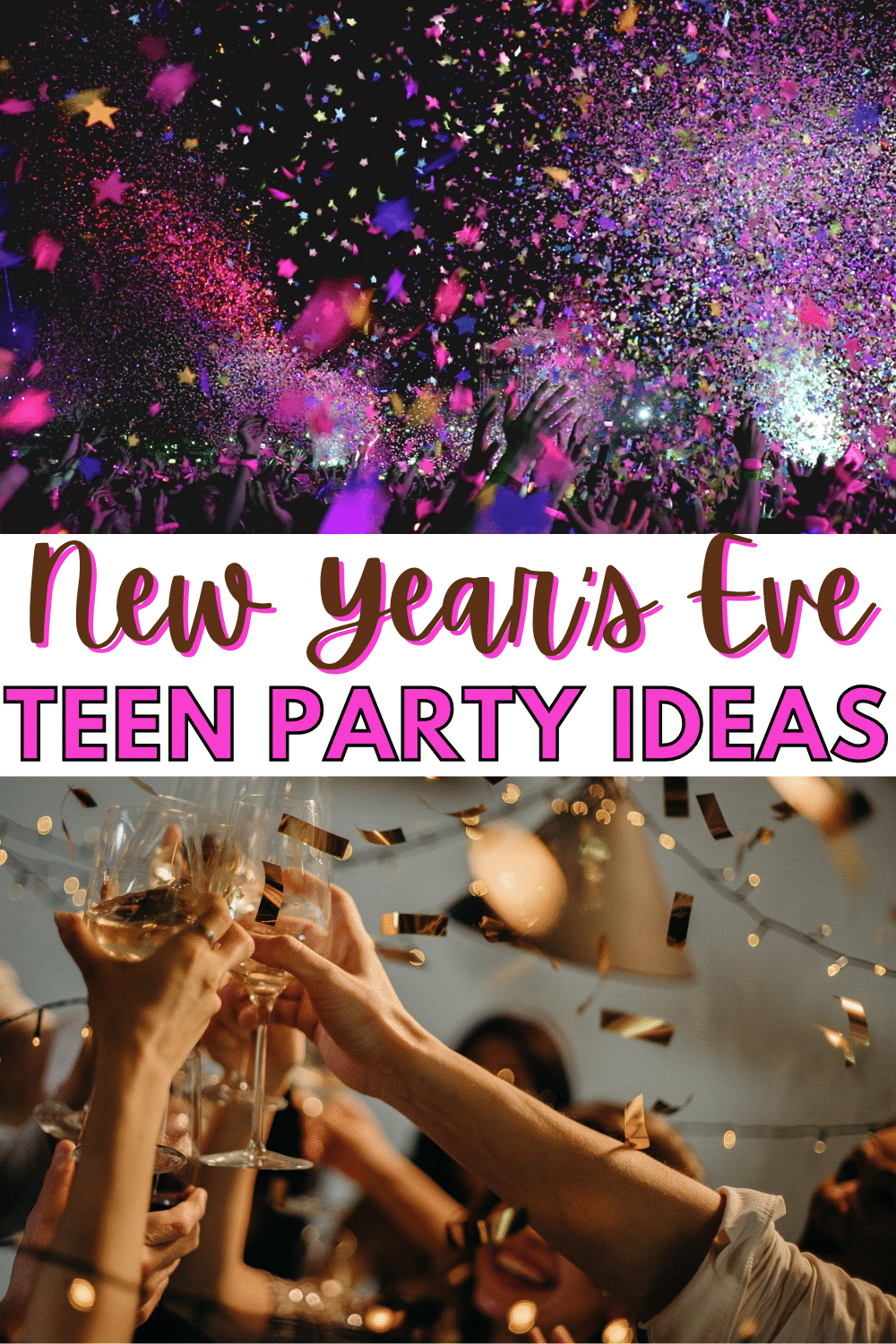 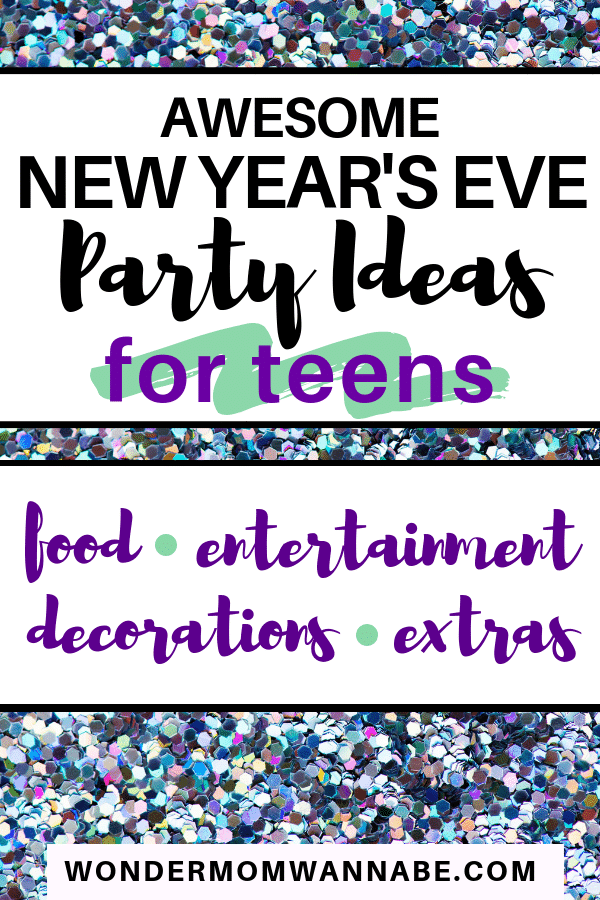 If you’re looking for New Year’s Eve party ideas for teens, you’re in luck. First, congratulations on raising your teen(s) well! When my teen son has asked us if he could host a New Year’s Eve party at home for his friends, I felt like I had reached the summit of my parenting goals.

Not only was my son making innocent plans for the holiday, he was comfortable having his friends join him for whatever festivities he had planned right under my nose!

How much independence do you want to give to your teen?

I didn’t want to blow this opportunity, so I spent a lot of time trying to figure out how to make the evening fun and safe for him and his friends without being a helicopter parent or, on the other extreme, a completely absentee parent that lets the kids do whatever they want.

After searching everywhere, I realized there aren’t a lot of articles out there geared specifically towards New Year’s Eve party ideas for teens so I decided to make my own plan.

Food for a New Year’s Eve Party for Teens

For a party that lasts several hours, I like to stick with appetizers and snacks, simple finger foods that guests can nibble on throughout the evening.

After consulting with my son, we decided on the following food:

In addition to these recipes, I provided a fruit tray and a veggie platter. You could also include a variety of cheeses and crackers.

Since the kids are all underage, we served sparkling cider in lieu of champagne for the toast at midnight. We opted for plastic champagne flutes so I didn’t have to worry about broken glass and to make clean up easier (we just tossed the flutes after the party).

If you want to put in some extra effort, consider making up some of these mocktail recipes for teenagers from 3 Boys and a Dog. You can also set up a hot chocolate bar, to provide additional beverage options.

Also, to take the pressure off of any of the kids who didn’t want to engage in the traditional midnight kisses, I put out a bowl of Hershey’s kisses (idea courtesy of Oh Sugar Event Planning).

For dessert, keep it simple. Set up a candy buffet or an arrangement of cupcakes. An ice cream bar makes a fun accompaniment to the hot cocoa bar.

Entertainment for a New Year’s Eve Party for Teens

For entertainment, we planned the following:

To make the evening memorable, we created a few “extras” for the guests.

Decoration Ideas for a New Year’s Eve Party for Teens

For party decorations, we relied mostly on the photo backdrops we set up. In addition, we got a bunch of balloons to place around the party area and we hung some streamers.

I skipped glitter since I didn’t want to be finding it for weeks afterwards. Instead, we used this portable disco ball to add some color and sparkle. Combined with a good Spotify party music playlist, it paved the way for a fun dance party.

Glow sticks are another easy way to add some color and fun. Opt for the kind that can be linked together to make bracelets and necklaces to give the guests creative freedom.

Looking for even more New Years Eve party ideas? I have several ideas for younger kids that can be easily adapted for teens and tweens.