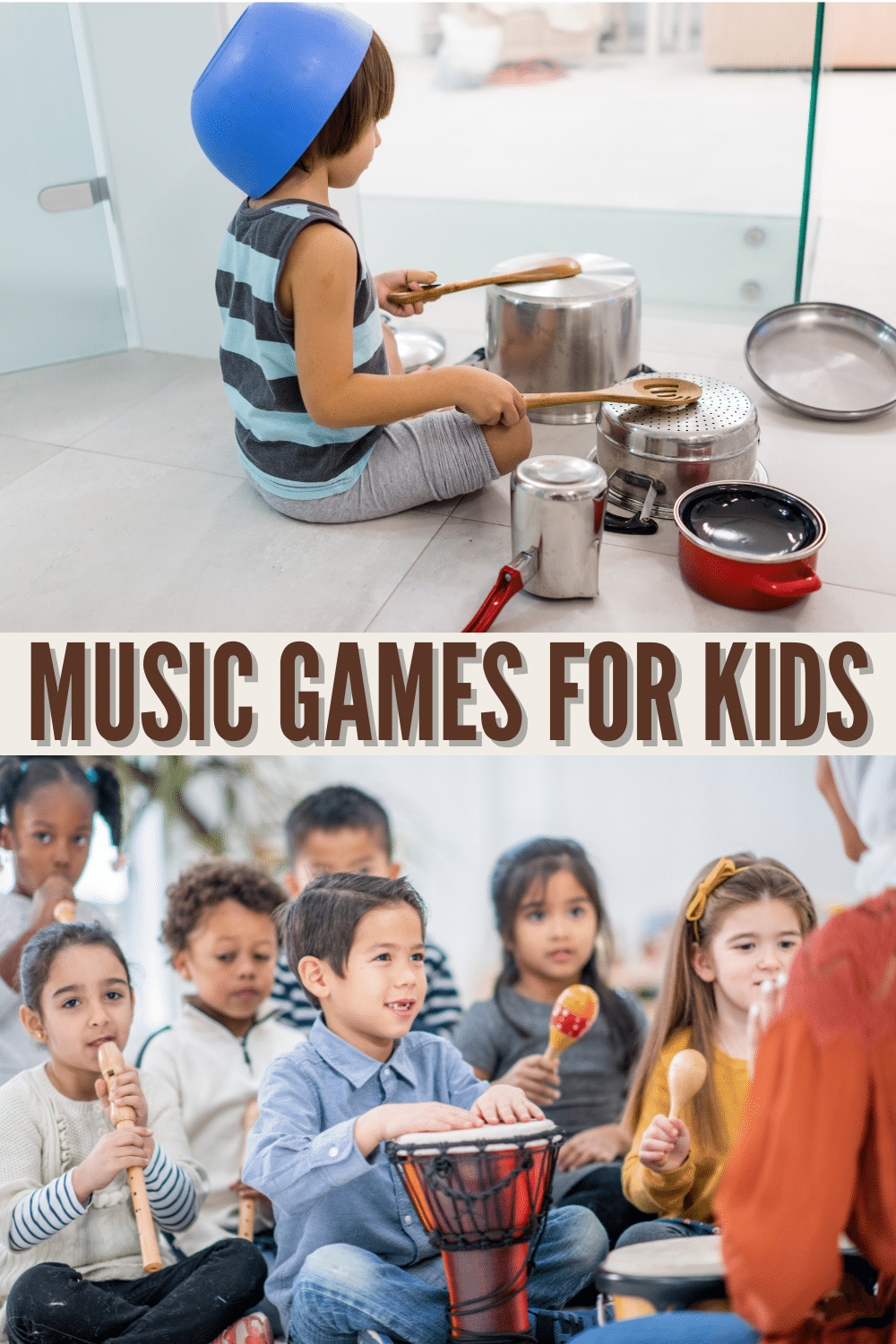 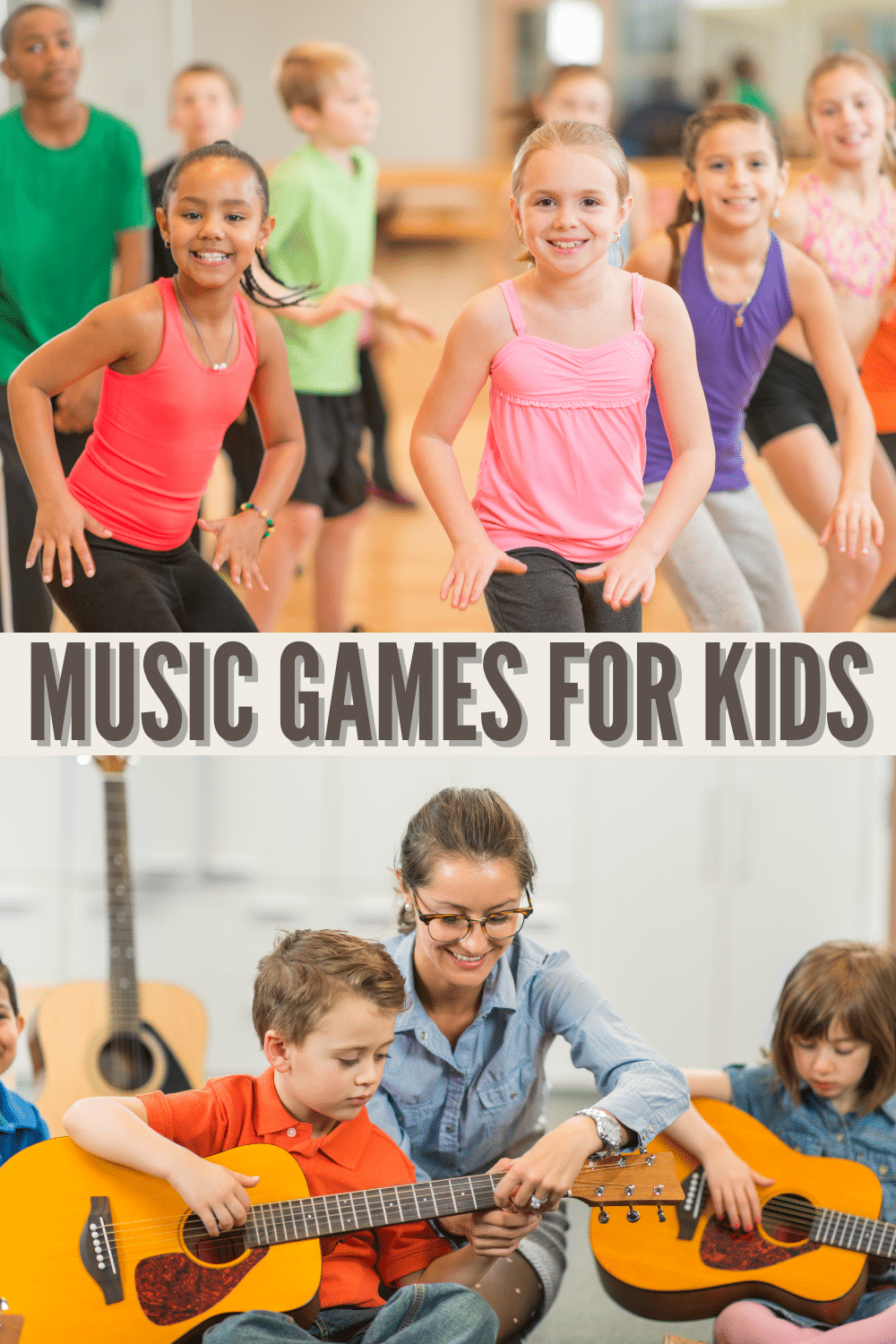 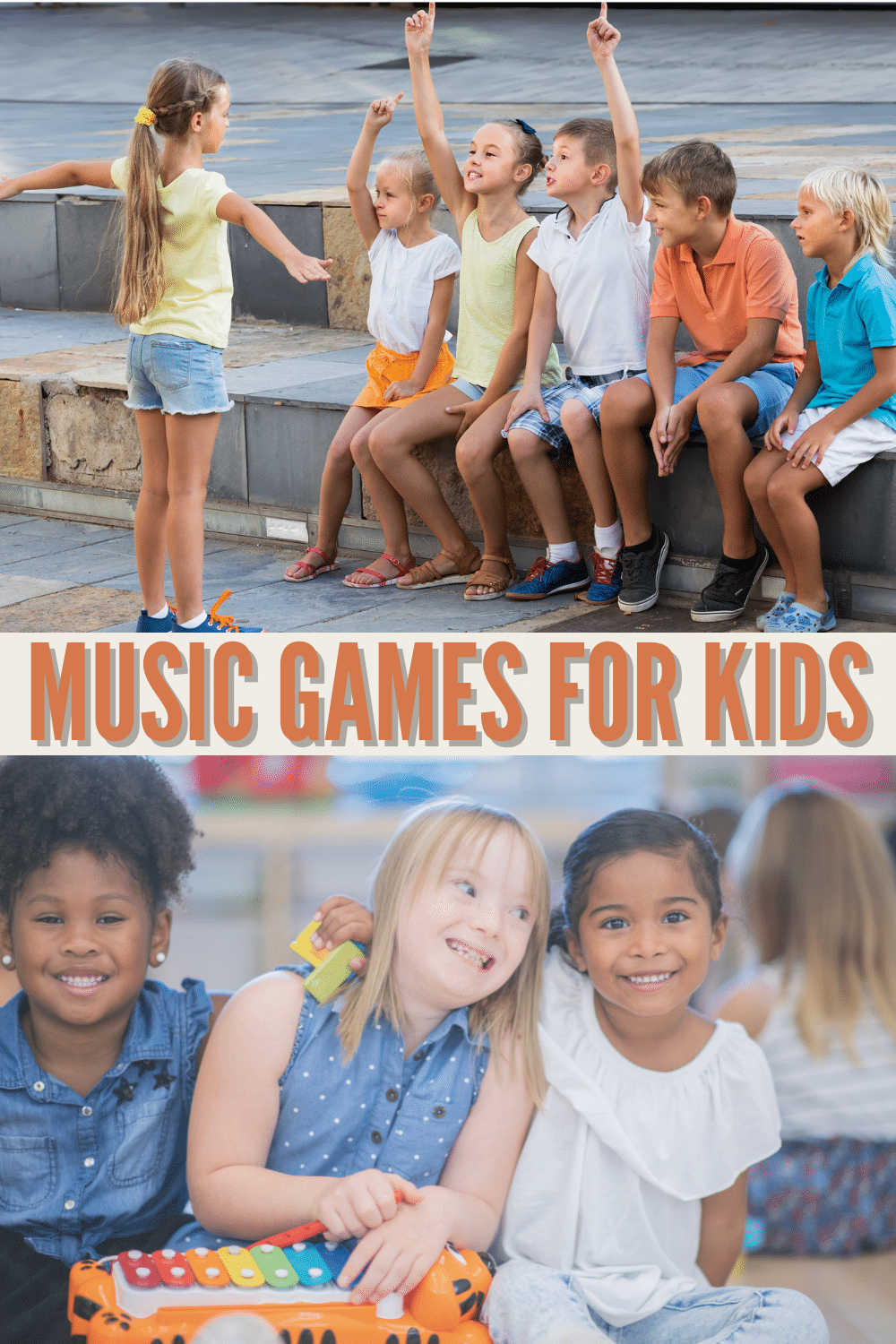 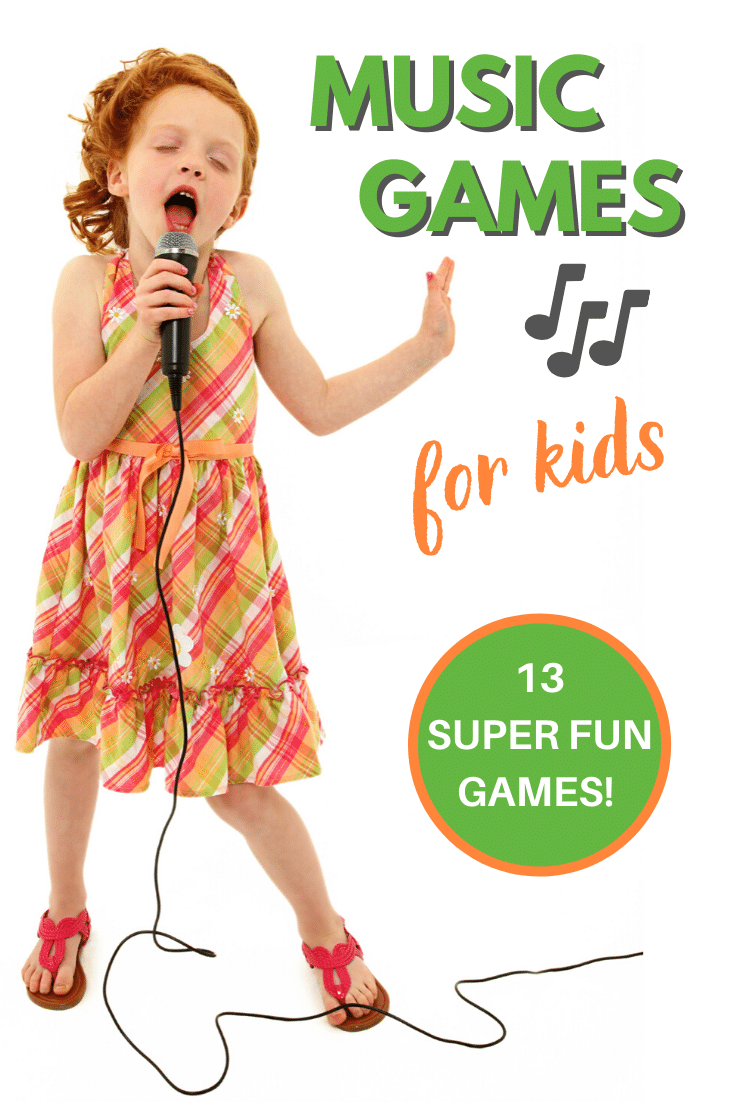 Do you have a future musician in your hands? Is your kid always singing, composing music, banging on pans and pots, or strumming? Let their tunes keep coming with these incredible and fun music games for kids. We can assure you that each of these games will bring your kid’s musical skills to your ears.

For this music game you would need to play music and have paper and decorations readily available. Pick a song and give the kids paper, ask the kids to create an artistic image based on the lyrics and sounds of the music.

The kids will enjoy playing with their own homemade drums. You should focus on collecting dairy tubs- like a tub from sour cream, yogurt and so on, containers from coffee and oatmeal.

If you still have the lids, glue them onto the tubs and containers. The drums can be decorated by being covered in construction paper and have the kids glue on glitter, yarn, markers, stickers and other crafty items.

Have a container ready and write down the names of songs (that the kids know of) on pieces of paper, and add them to the container. Each person should get a turn to pull a piece of paper from the container, thereafter they would need to act out the song so that the others can guess the name of the song.

This is a great music game for kids because it builds their inhibitory control, which is part of a skill set known as executive functions. The way this game works is that you play music, and the kids begin to dance – when you press the pause button and the music stops, the kids need to freeze in the position that they are in.

You can hit the pause button at any time and have a different variety of music, from slow and smooth songs to fast and up-tempo songs- each type of music would present its own challenges to the kids.

Musical Hot Potato is a wonderful game to help the kids get to know each other even better. Let the kids sit in a circle, and begin playing a song while the kids pass an object along to the beat- the object can be a ball, egg, shaker or any other prop.

You can pause the music at any time and the kid holding the object would need to answer a question about themselves. The questions could be about their favorite food, color, animal, game and so on. Keep the game going so that all the kids can get the chance to share.

You would need two kids to play this game, each kid should face one another and have musical instruments and household objects between them. One of the kids should close their eyes and the other kid should play some tunes using the instruments and objects.

You can start singing popular songs that the kids know, or just play the music. Press the pause button at any time and ask the kids to finish the lyrics. This is a fantastic memory game for the kids, they will also have their ability tested when they need to follow along in the song that’s playing.

Let the kids conduct their own science experiment- it is said that music can make you smarter, so let them test if this is true. The way the experiment would work is for two short stories to be chosen, you would then need to read one of the stories to the kids and wait a minute or two – then describe the main characters and plot to the kids.

Now, turn on classical music and read the second story – you would need to wait a minute or two again, and describe the main characters and plot to the kids. Now get the kids to discuss both stories with you, which story do they remember better?

Limbo is a timeless classic! Let the kids challenge each other and themselves, by going lower and lower each time under the limbo stick. To complete the game, play the Limbo Rock song by Chubby Checker.

Get the kids paper and coloring pens. The aim of this musical game is for the kids to end up creating their own music. Instruct the kids to create symbols and that each symbol should denote a certain sound. For example, a triangle means “clap once”,  square means “click your fingers”, a star means “stomp with your foot”, and so on.

Once the kids have created their own music, let them draw the symbols on a board and then all the kids can follow along and clap, click, stomp and more – the game can be repeated until all the kids have drawn their composition on the board.

This game lets the kids practice their music and drawing skills at the same time. Provide the kids with paper and coloring pencils.

The way this game works is that you play music and the kids draw, once you press pause, the kids need to move on to the next paper (they leave their own paper where they were seated). The game then continues until they end up at their own paper again, to discover the final product.

Mood music is fantastic, it exposes kids to all kinds of music and they can learn to understand the emotions that are linked to the songs. This game enhances the kids’ abilities by making them think and remember fast, as well as teaches them to connect emotions with actions.

You would need to play music (have a collection of different genre’s, with different emotions) and the kids would then have to dance according to the mood and portray the mood from the song. For example, if a sad song is playing, the kids should just sway away.

With this game, you would need to tap, clap, or whistle your kid’s favorite song. The aim of the game is to see if your kid can figure out which song it is.

Once your kid has mastered this game, you can make it challenging by tapping, clapping and whistling faster, or in fewer beats. You can also add a timer so that your kid would have a certain amount of time to figure out which song it is.

There are many options when it comes to music games for kids, we just mentioned a few. The best part is that the games are not only entertaining, but they are educational and beneficial for the kids as well- which is the perfect combination.

PIN THIS POST so you can easily find it next time you’re looking for fun activities for the kids!

1 thought on “Music Games for Kids”