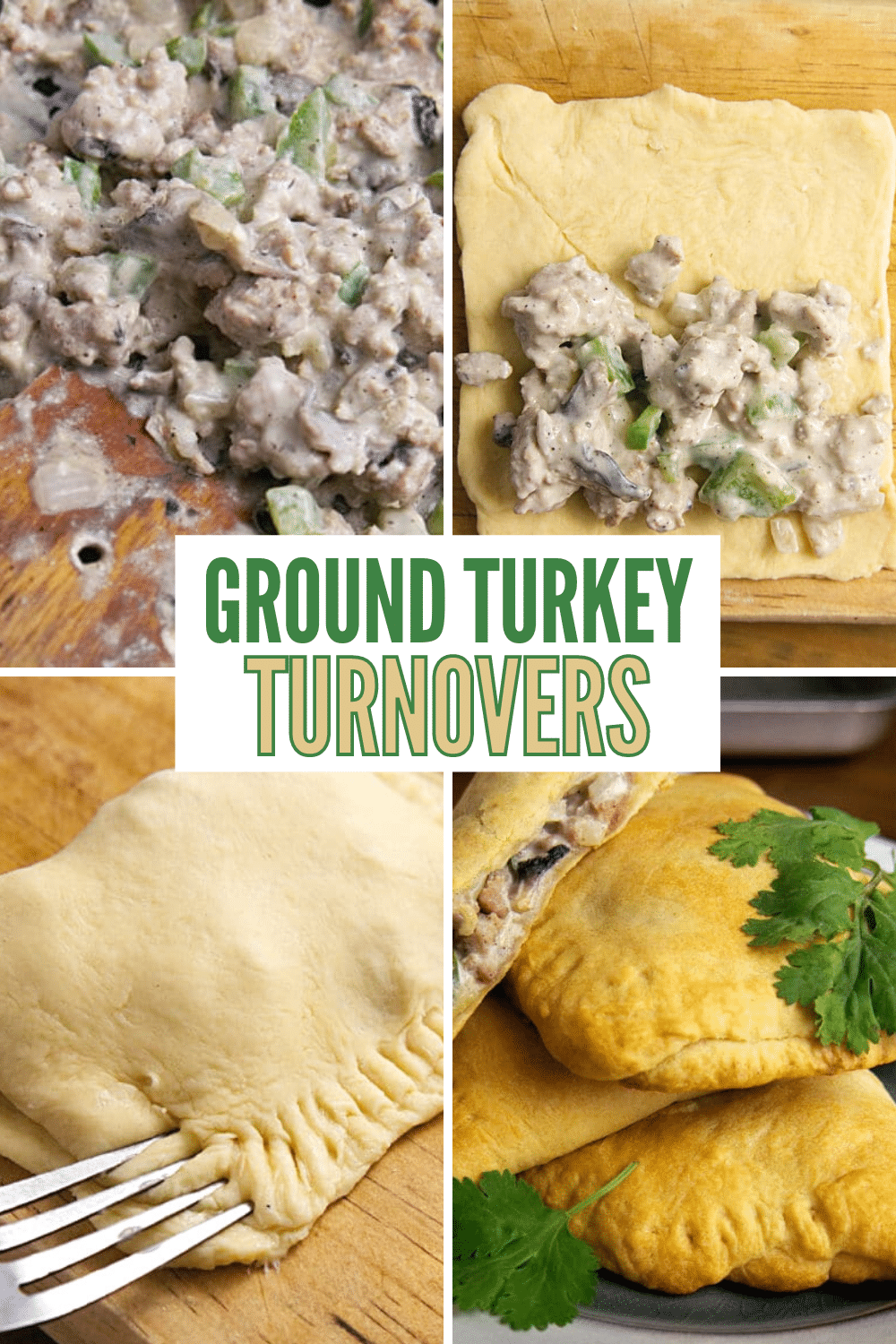 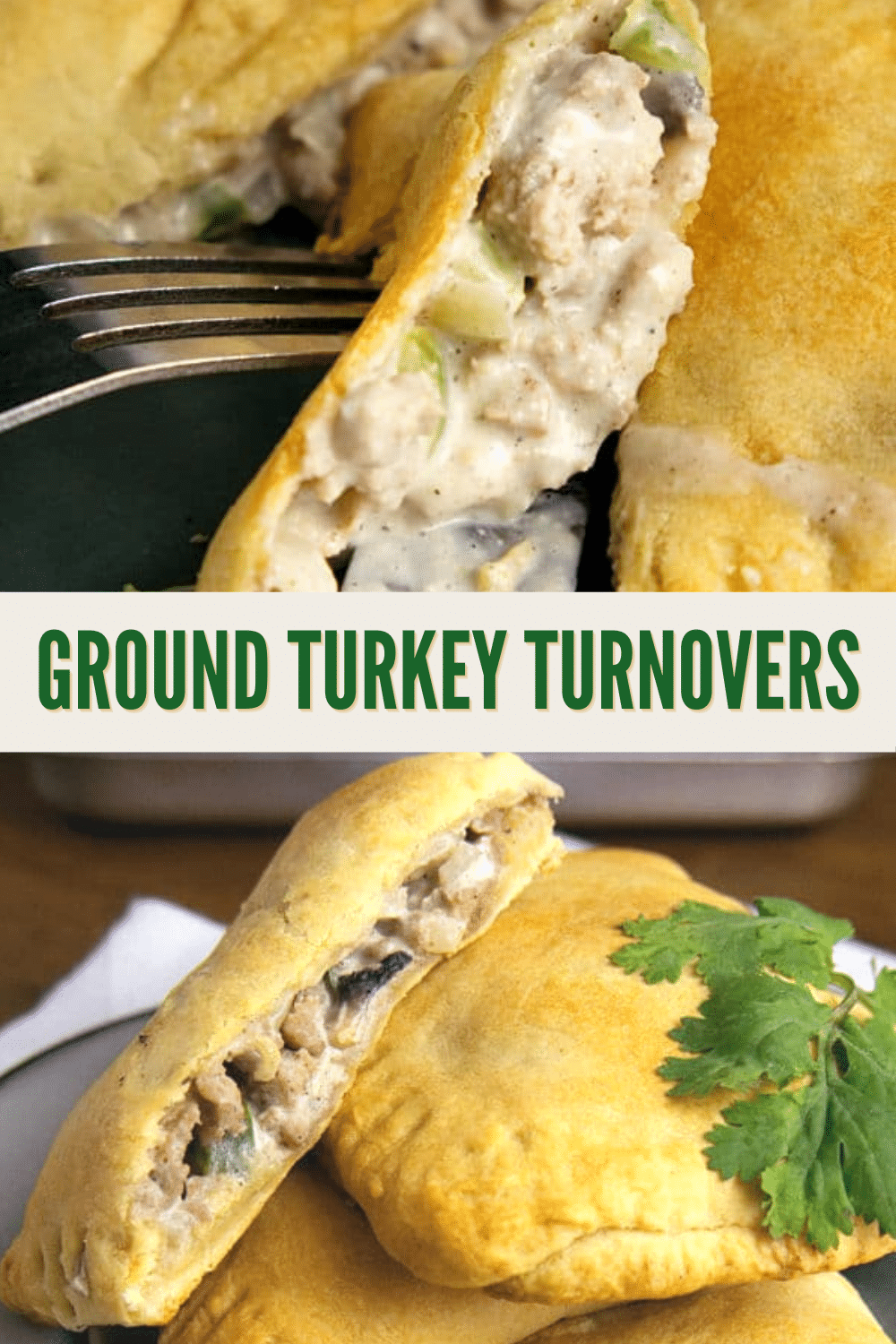 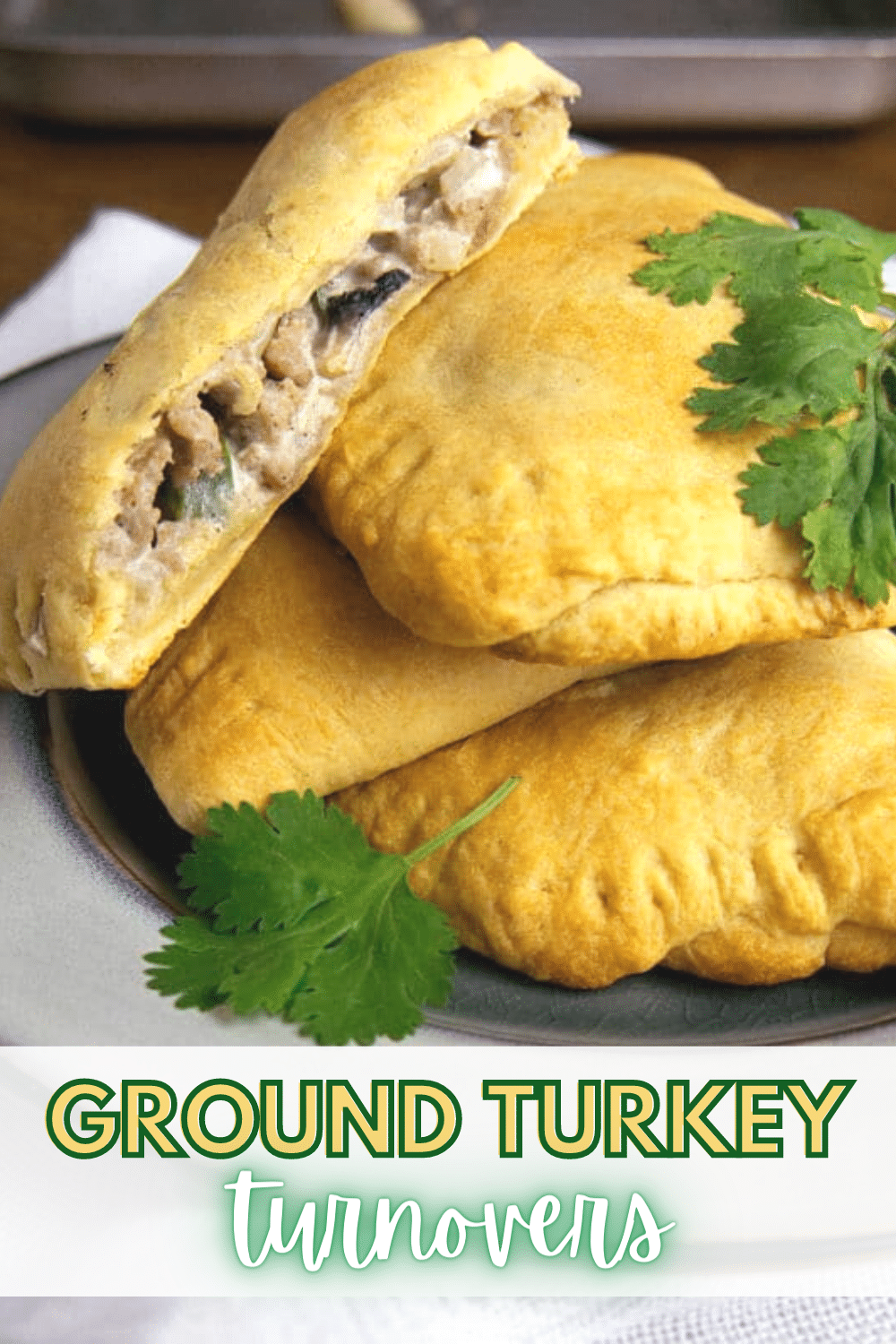 The Ground Turkey Turnovers are a quick and easy weeknight meal that you can even eat on the go! Loaded with lean meat and lots of veggies, this is fast food you don’t have to feel bad about. Think of it as a clever way to reuse Thanksgiving leftovers as well when you substitute ground turkey for shredded turkey.

When I was putting together last week’s menu for the week, the first three suggestions I received from my family happened to start with the letter “t.” Since I’m always up for a challenge, I decided to carry the “t” theme through the entire week.

The turnovers got thrown in because I was trying to avoid “cheating” by falling back to repeating “turkey” or relying on cooking techniques like “toasted.” I don’t know why I felt compelled to abide by these self-imposed rules, but I considered them an integral part of the challenge.

After congratulating myself on my victory over T-week, I realized that I would need to come up with a turnover recipe. My family was less than thrilled that for the sake of my competition with the alphabet, they were going to be subjected to an experimental recipe (not all of my attempts in the kitchen are successful), which is why we were all delightfully surprised that this meal turned out amazing.

It got a thumbs up from everyone except my 11-year old son who refused to eat it when he discovered it had cream cheese in it. It was actually a blessing in disguise that he declined dinner though because everyone else in the family went back for seconds, which wouldn’t have been possible if he’d eaten his share.

How to Make Ground Turkey Turnovers

Curious about how I made them? Well, first I gathered up a few simple ingredients.

Then I browned the ground turkey in a skillet.

Next, I and added onion, green pepper, and mushrooms.

Then I added the seasoning and cream cheese.

I  stirred continuously until the cream cheese was melted and incorporated well into the ground turkey mixture.

Next, I laid out the crescent rolls in rectangles made up of two of the triangles and pressed the seam between the triangles to close them. I also rolled them out a little to make them just a little bigger.

After I had the dough prepared, I spooned some of the ground turkey mixture onto one half of the dough.

Finally, I folded the other half of the dough over the ground turkey mixture and pressed the edges closed with a fork (to make a crimped crust).

Serve warm. You can serve with a side of fresh veggies if you want, even though there are vegetables baked into the turnover. If you skip extra veggies, consider tossing on some garnish for color.

Here’s the printable recipe card for these ground turkey turnovers. 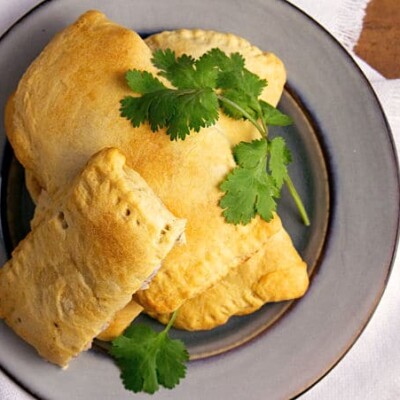 13 thoughts on “Ground Turkey Turnovers – A Quick And Easy Meal”