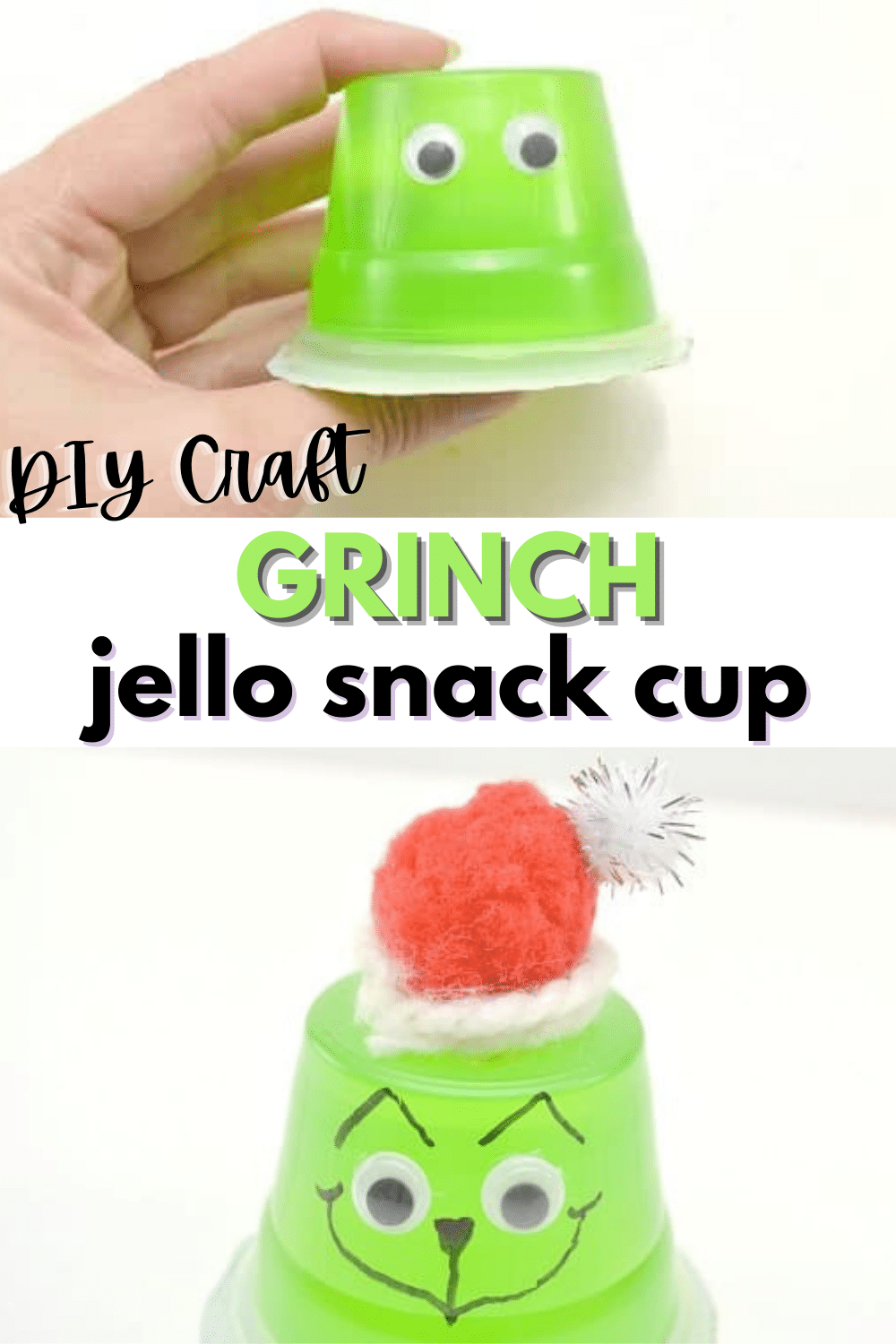 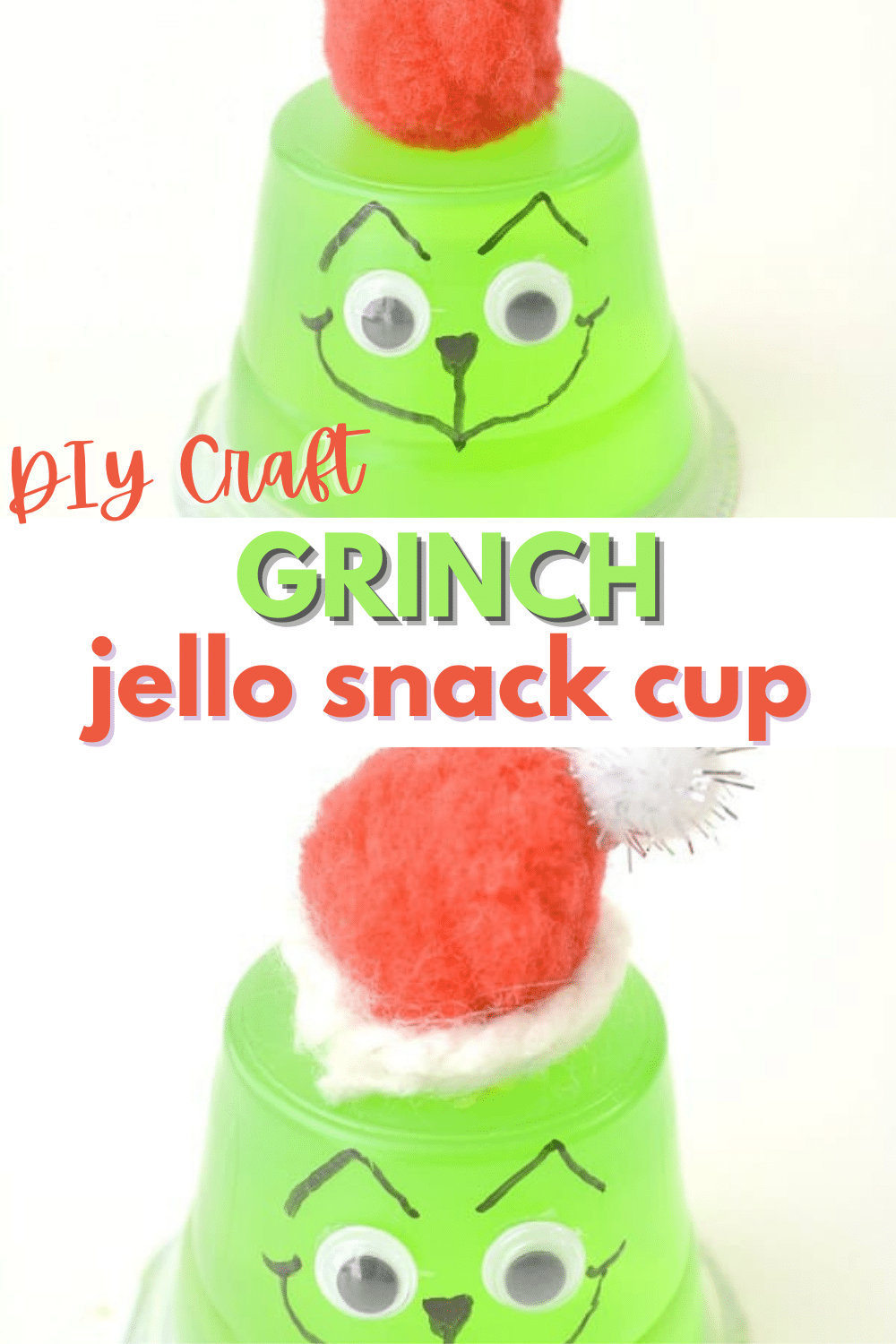 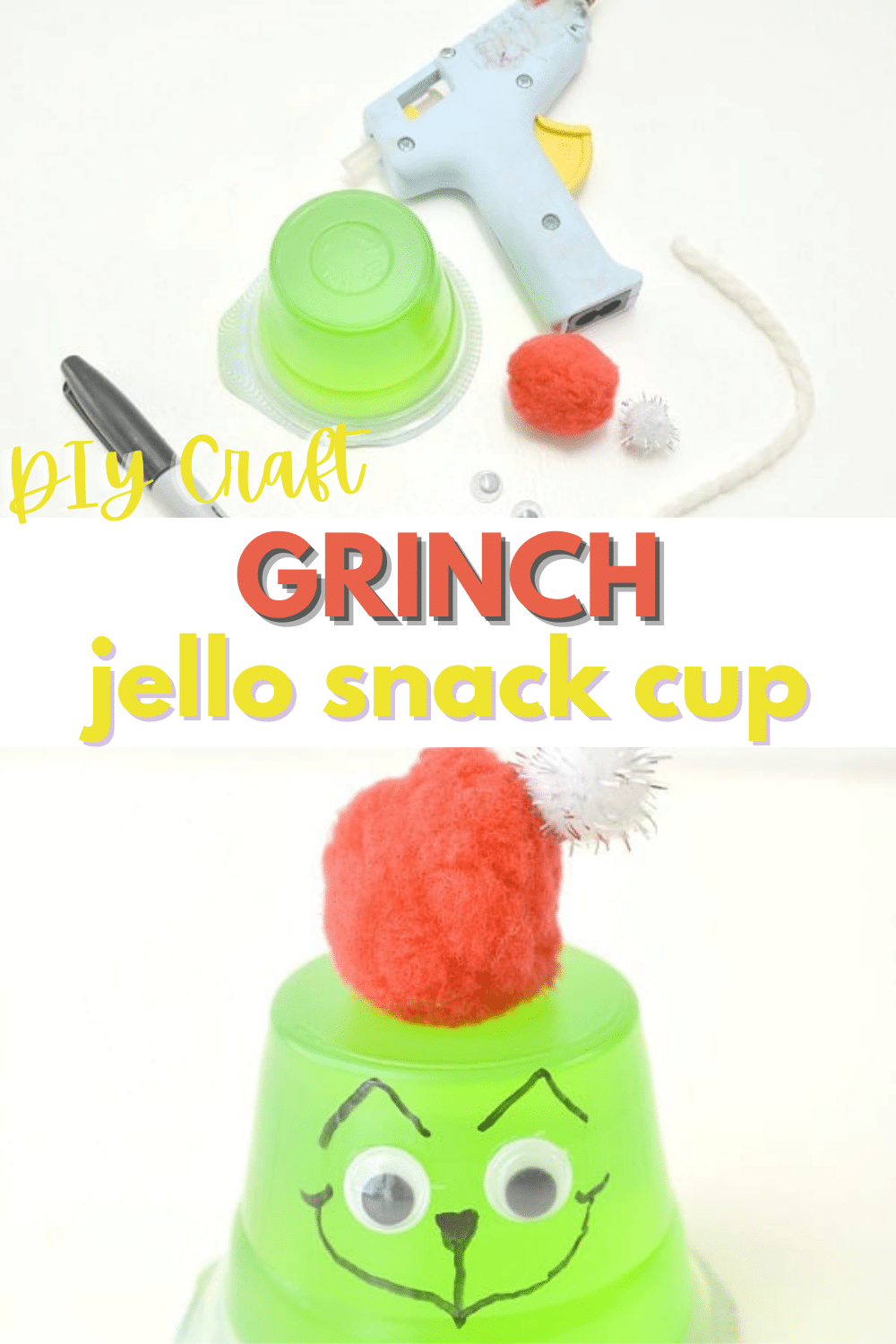 This Grinch Jello Snack Cup is a fun and easy dessert for your child’s lunch box or class party.

How to Make a Grinch Jello Snack Cup

). I bought a large pack of assorted pom poms and googly eyes that I use for a variety of craft projects. 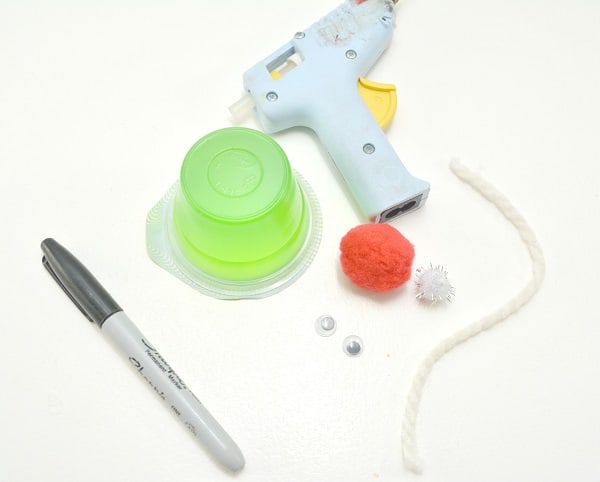 Step 1 – Give Grinch a Pair of Eyes

. Don’t position them too close to the top because we’ll need room to draw in the eyebrows. 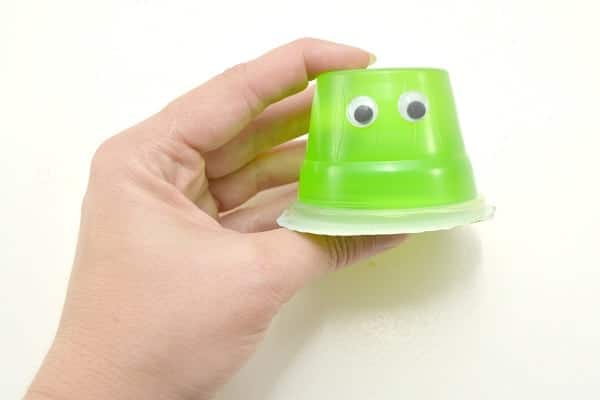 Draw an upside down “V” above each eye for the eyebrows. Then, make a small heart for the nose, with a line extending down. Finish his smile. 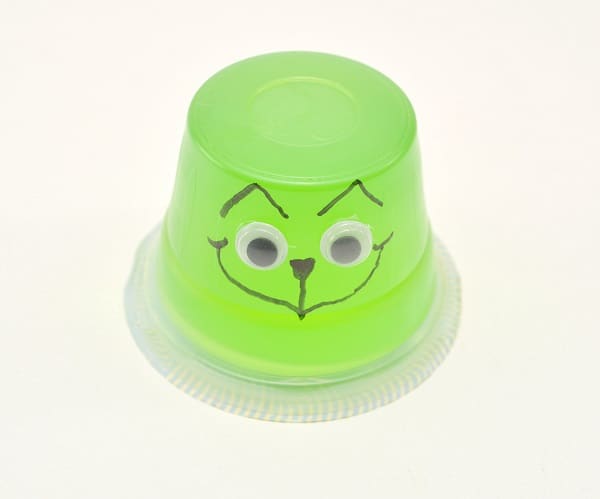 Next, glue a red pom pom

to the top for the base of the hat. Then, glue a smaller white pom pom to the red pom pom, placed slightly to the side. 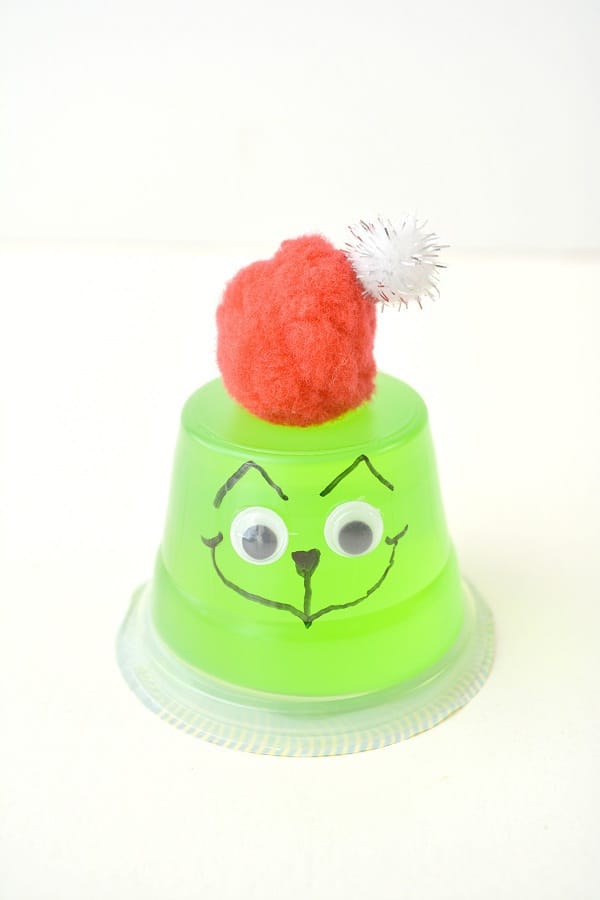 Now you just need to wrap the bottom of the red pom pom with a few layers of white yarn to form the brim of the hat. Attach the yarn with glue. 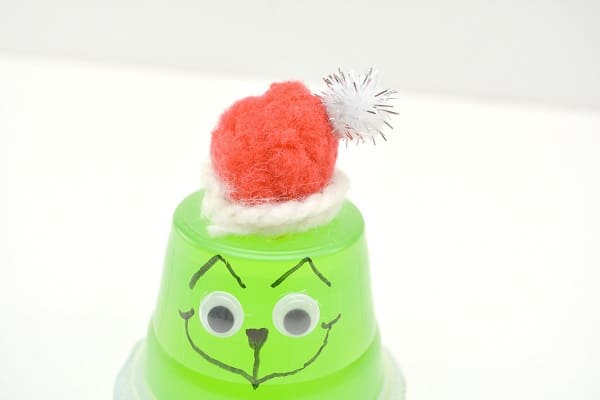 That’s it! Your Grinch Jello Snack Cup is ready for the lunch box. 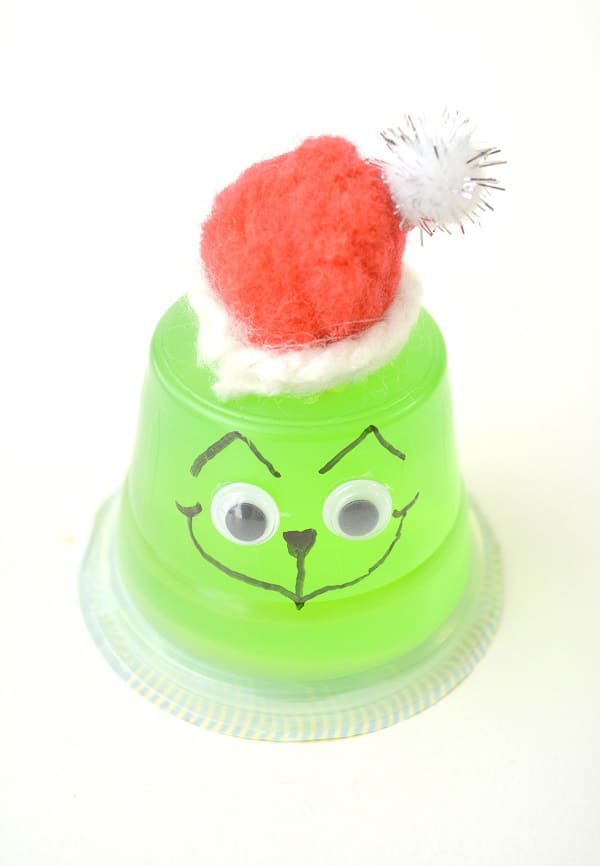 Ready to make your own Grinch Christmas Jello Snack Cup? Print off the instructions below. 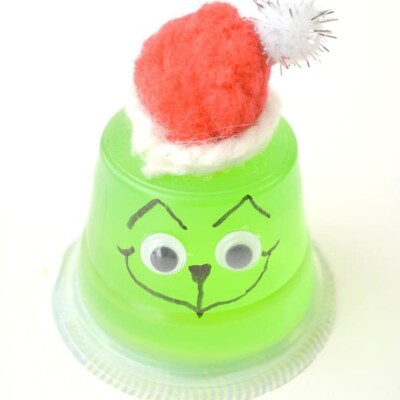 Keyword christmas snacks, Grinch jello, jello
Tried this recipe?Let us know how it was!

I hope you have fun making your own Grinch Jello Snack Cup! If you do make one, please tag me on social media so I can see! 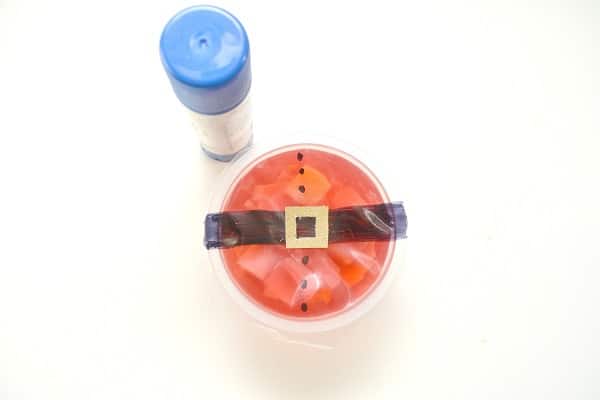 Don’t forget to include a fun drink in your child’s Christmas lunch box. Make this Juice Box Snowman with just a few craft supplies. 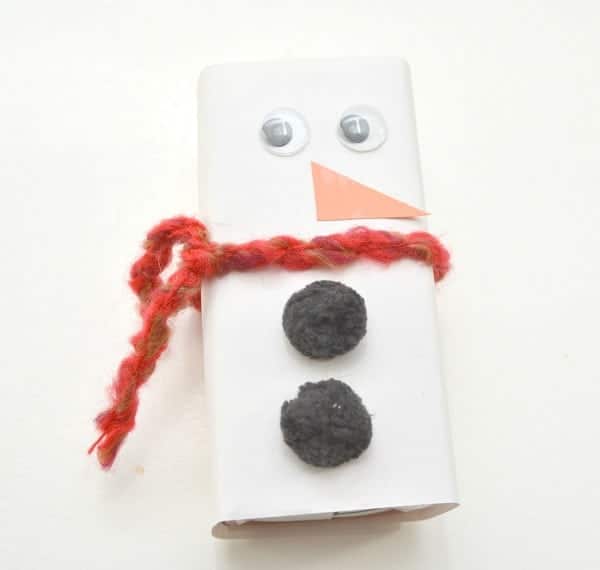 If you’re looking for another easy Christmas craft, check out my tutorial for a DIY Fleece Wreath. It’s much easier than you expect and it’s really inexpensive too! 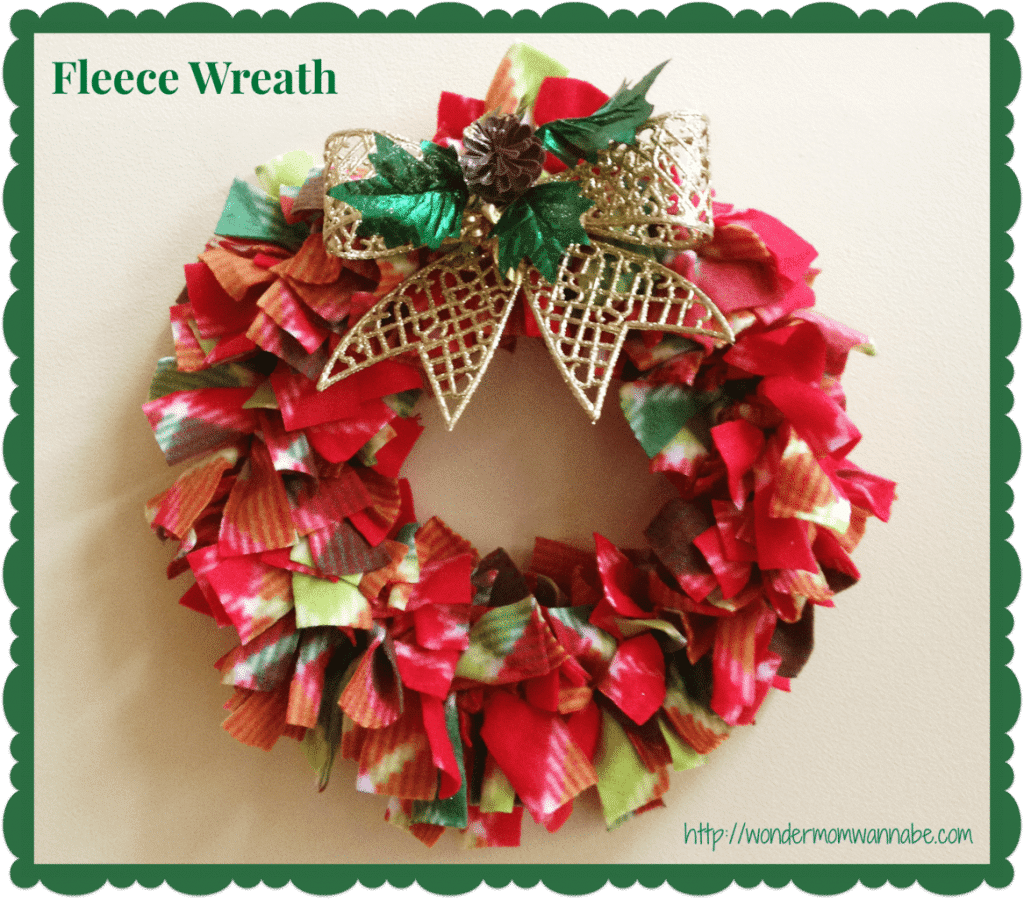 The holiday season is so chaotic, my #1 tip for managing the stress and staying focused on fun is to head into it organized.

To help you do that, I have a free 18-page holiday planner for you. Just fill in the form below to get immediate access to it, plus access to all of my other subscriber freebies.