I don’t judge how other people parent. I think one of the great things about people in general is that we are each unique. So, when it comes to parenting, of course our styles and priorities will differ. Laissez-faire mom, helicopter mom, soccer mom, working mom — If you’re a mom who cares about her kids and you’re doing the best you can, you’ve got my respect.

That being said, even with the best of intentions, we all make mistakes. By mistakes, I don’t mean things we do that others might not agree with. A mistake is something we do that we later regret because once we have hindsight we see a better choice we could have, and should have, made.

This weekend, I had a very unfortunate experience with another mother who, acting purely out of love and concern for her child, made a series of mistakes that made me realize how easily we all do it. It was a good reminder to me to reevaluate some of the assumptions I make about my children and about others. 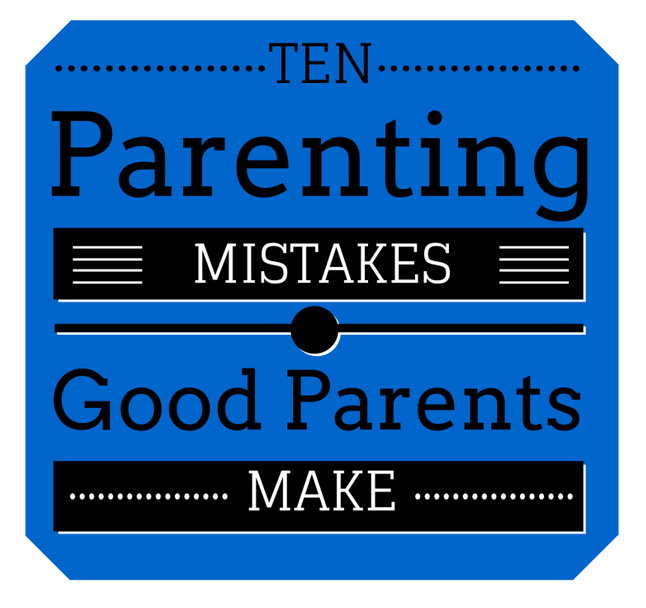 You believe everything your child tells you.

In the situation this weekend, the child in question was upset that the other girls didn’t want to let her be the boss and thus, she told her mother they had bullied her. Despite the fact that I had witnessed all of the children’s interactions, this mother refused to listen to anything I said because her child’s word was gospel. I don’t think the child was intentionally lying. I think from her perspective, it wasn’t fair that the other girls wouldn’t give in to her demands so she told the part of the story that related that injustice.

We hope our children are honest. We want to have faith and trust in them. That being said, we also have to take into account their motives and perspective and seek more information to form a complete picture. The perspective of a child isn’t all-encompassing and drawing conclusions based solely on that perspective is a mistake.

You expect other people to see your child as you do.

This mother has other children, all much older, so her daughter is the baby of the family and is treated as such by her parents and her three, much older, siblings. I’m sure she is the darling of her family, and perhaps, rightfully so. At my house, she was a demanding and dramatic child who had to be the center of attention. I didn’t birth this child. I hadn’t spent years cuddling with her, laughing with her, watching her grow up. The history her family has with her was dramatically different than my experience with her and thus, I responded to her behavior based on the child before me.

This mistake works both ways. Often, our children can be lazy or belligerent at home, but helpful and attentive in others’ homes. Or, perhaps they are angels at home but act up in other settings. Just as a child has his or her own perspective, so does everyone else. To assume people will admire your child in the same way you do is a big mistake.

You expect other parents to understand and follow your parenting rules.

Again, I don’t judge others for their parenting styles (at least not out loud). That being said, I’m not a helicopter mom and I don’t act like one. So, if you are a helicopter mom and expect your child to be hovered over and doted on, then stick around to do it or at the very least, communicate that to me at the outset when you leave her in my care. Otherwise, I will parent in my household according to my own parenting rules.

You have an obligation to communicate your expectations to another parent if you are leaving your child with them. It is not up to the other parent to glean or guess how you would like your child to be treated. To fail to do this is a mistake that can lead to serious conflicts.

You think your child can do no wrong.

Because we are all doing our best to raise our children to be good people, we put faith in them that they are. Evidence to the contrary is quite often minimized or ignored, perhaps because we worry that if our child behaves poorly it is evidence of poor parenting. Making mistakes is a critical part of learning so we should expect and perhaps relish the opportunity to help our child learn from them.

To cover up their mistakes or ignore them completely, sends the wrong message to your child. He or she will believe that either mistakes are shameful and must be hidden rather than corrected or that it doesn’t matter if the child makes mistakes since mom and/or dad will cover it up so that the child never has to bear any consequences. Either way, the child will not learn to make better decisions or make amends for the wrongs they commit. As a parent, this is a huge mistake and one that is difficult to undo if it becomes a pattern.

You tell other parents how to parent.

Every time I have seen a parent do this, and if I’m to be honest, the couple of times I have done it myself, the intent is usually to be helpful. However, the result is almost always to offend the other parent. Unless someone asks you sincerely and specifically for parenting advice, don’t give it. No parent wants to be condescended to or to have their parenting criticized.

You criticize someone else’s child.

The only thing worse than criticizing someone else’s parenting style is to criticize their child. Nothing brings out mama bear’s claws faster than threatening her child, even if it isn’t a physical threat. I made this mistake this weekend with the other mom when I suggested that perhaps her daughter felt like an outcast because her behavior made her very difficult to get along with. As you can imagine, this did not go over well and I had to immediately retract it before we could continue a civil conversation.

You compare your child to others.

This isn’t one of the mistakes I saw this weekend, but it’s one I see (and am guilty of) a lot. Everywhere your child goes, they will be judged, ranked, graded, and compared to others. At home, they should have unconditional support and love. By all means you should set standards and expectations, but they should be set based on your child’s talents, abilities, and limitations, NOT on what other children do. I’m not saying to completely ignore benchmarks or milestone timelines, but these things also shouldn’t keep you from being proud of your child for mastering a skill, even if he or she does it a year later than the “average” child.

You try to solve your child’s problem rather than let him/her find a solution.

On the one hand, I commend the mom who confronted me for caring about her child enough to confront me. Most people go out of their way to avoid conflict and this mother did not strike me as the rare type who seek it so I’m sure she stepped out of her comfort zone to do it. On the other hand, if her main complaint was that her daughter felt like an outcast amongst other children, that is a problem that I think is best addressed with the child. And in this case, if the mother had pursued the truth, she would have ultimately realized that her daughter chose to ostracize the other girls, refusing to play with them despite their continued efforts to include her.

I do expect my children to be kept safe from serious harm when I leave them in another parent’s care, but I don’t hold that other parent responsible for the socialization of my child. One of the reasons I arrange playdates for my kids and allow them to go to parties with their friends is to foster their social skills. Those are skills that come from interacting with others. They aren’t dictated by an authority figure. Every time you make this mistake, you miss an opportunity to help your child become a better problem solver.

You try to protect your child from being hurt.

Of course you should safeguard your child from danger. I’m not saying we shouldn’t have them buckle up in cars or that we should let them jump off the roof into a swimming pool. I mean that we should limit our protection to protecting them from being seriously hurt, not from every little bump and bruise. Did you refuse to let your child learn to ride a bike because he or she might have fallen (and probably did) and gotten a scraped knee? Of course not. The joy of riding a bike, the sense of accomplishment, the freedom – these are all things we want our children to experience, even if it costs us a couple of bandages to get there. Likewise, we shouldn’t try too hard to protect them from the minor hurt feelings that come from playing with, and eventually arguing with, friends. Without conflict, our children can’t learn conflict resolution. To prevent them from learning this skill is a mistake.

You let your emotions overrun your reason.

This is the one mistake I make over and over. I am a moody person and can be very hot-headed. When it comes to my children, the effect is even more pronounced. It is so easy to make every one of the preceding mistakes if you make this one. So, when you catch yourself reacting emotionally, rather than rationally, please pause before you do anything. Don’t pick up and call the other parent, teacher, or coach. Don’t send the e-mail you wrote in a rage. Until you can calmly explain the situation to someone else without raising your voice or having your eyes well up with tears, don’t take action.

I am not a parenting expert. These are all mistakes I’ve made. Things I’ve done that I look back on and wish I had done differently. I share them with you from that perspective. Have you made any of these mistakes? Or do you disagree that they are parenting mistakes? I’d love to hear your perspective. Please share your thoughts in the comments.

Follow Me
Latest posts by Corinne Schmitt (see all)
5Shares