Loyal readers know that I am entrenched in a friendly game of recipe tag with Susan at Organized 31. For the past month we have been going back and forth with new cookie recipes. We decided to move on to brownies and Susan’s first batch was a healthy makeover of packaged brownie mix. So, in response, I’m doctoring my own box of brownie mix and pairing it with one of my favorite brownie accompaniments—peanut butter. 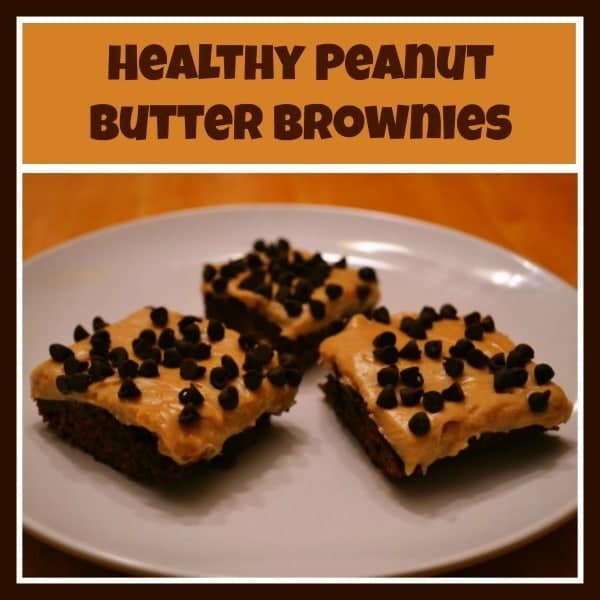 I know, these brownies look ridiculously indulgent. My original, non-healthy, recipe is indeed decadent. However, with a few tweaks, this version has almost half the calories, 1/3 the fat, and less than half the sugar. The healthy version also boasts 4 grams of protein per brownie, and more calcium and fiber than the decadent version.

The secret to “healthifying” the brownies is to substitute egg whites for the eggs and avocado for the oil. I replaced the peanut butter frosting that I usually make with butter, powdered sugar, and peanut butter with a lighter, fluffier version made from Fiber One 90 Calorie Instant Pudding (lower calories, more fiber and more protein than regular pudding mix), Cool Whip, and Jif Natural Creamy Peanut Butter. 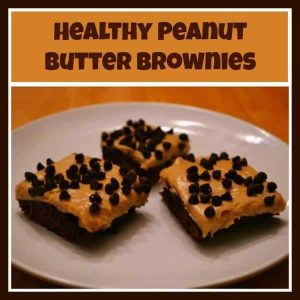