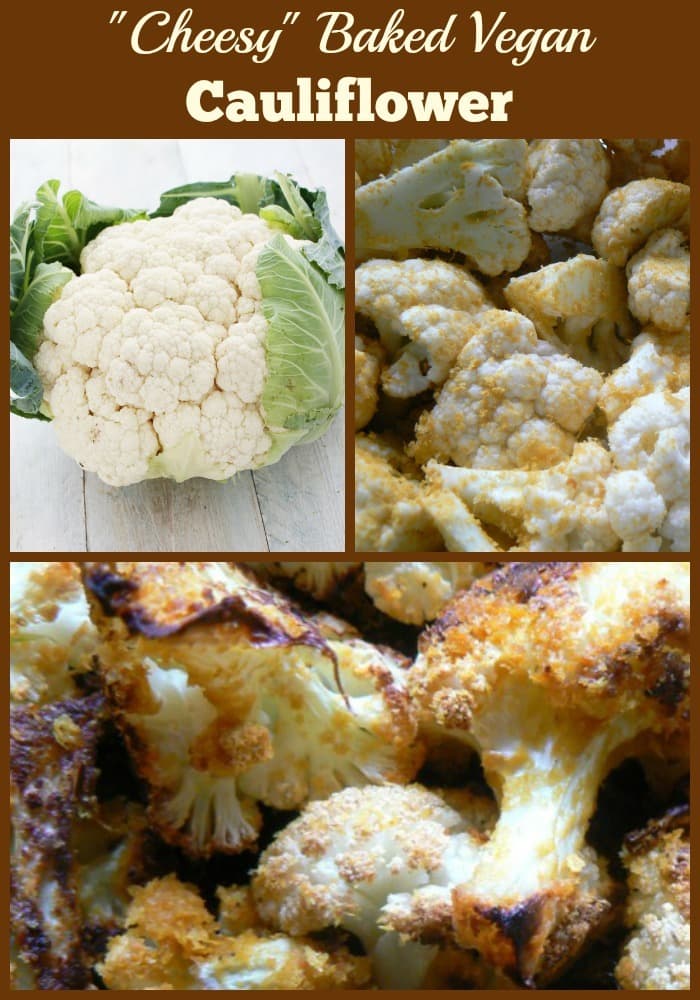 Love cheesy tasting cauliflower, but want to skip the dairy? This recipe is a snap to do. Just toss a few ingredients together and put them in the oven for a soft cauliflower that creamy and “cheesy” on the outside.

Avoiding Foods That Cause Inflammation

Due to a scary recent incident in which I temporarily lost the use of my right arm, in large part due to inflammation that aggravated an existing condition, I have adopted an anti-inflammation diet. Not only do I want to avoid aggravating the condition in my arm, but in general, it’s a healthier lifestyle choice. Chronic inflammation has been shown to contribute to heart disease, cancer, and Alzheimer’s disease.

I’m not following an actual “diet” but instead am trying to eat more foods that fight inflammation and avoid foods that cause inflammation. That means eating lots of fruits and vegetables in addition to whole grains, beans and legumes, and avoiding processed food, gluten, and dairy.

Cauliflower Without The Dairy

Since adding cheese to veggies is one of my favorite ways to eat them, I’m having to tweak some of my recipes to avoid inflammation. For this cauliflower recipe, I’ve substituted nutritional yeast for the parmesan cheese I would have normally used.

The nice thing about eating clean and healthy is that recipes are much simpler! For this recipe, you start with a head of cauliflower.

Next you separate the pieces and add a little olive oil and some nutritional yeast and mix well to coat each piece of cauliflower.

Add a little salt and pepper and pop it in the oven to roast!

The nutritional yeast is a great replacement for cheese in this recipe, plus it’s a great source of B-complex vitamins so you get a boost to your energy and immunity. I was so happy with it in this recipe, you’ll probably be seeing it again soon. 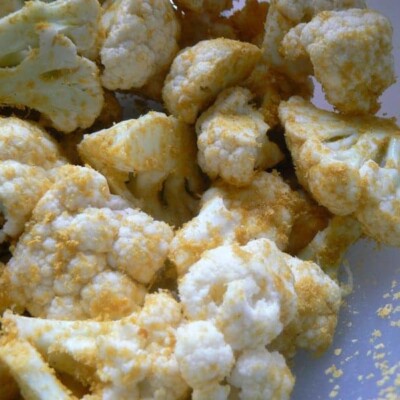