I’ve survived almost two months of my oldest being away at college. This is about the point I thought I’d have my major breakdown since it’s roughly the halfway point to Thanksgiving (when I’ll finally get to see him again). The power of technology has helped bridge the geographical gap and I still feel very connected thanks to frequent text messages and the occasional phone call.

Since I’m really trying to be a grown-up (which is a BIG challenge for me!), I try to refrain from nagging my son incessantly. Before he left, I came up with a plan to send him monthly care packages that would warrant at least a brief, “Thanks, Mom” call when the package arrived.

It turns out I didn’t need to bribe my son to call since he checks in via phone every week or so. But I still send the care packages because it turns out that sending them makes me feel better.

It brings back fond memories as I select items to include, either because they are his favorite treats or because he has distinct habits (e.g. chewing gum). It also lets me hold onto the feeling that I am taking care of him, even though I recognize and am proud of the independence he is developing.

Here’s the latest college care package I sent him: 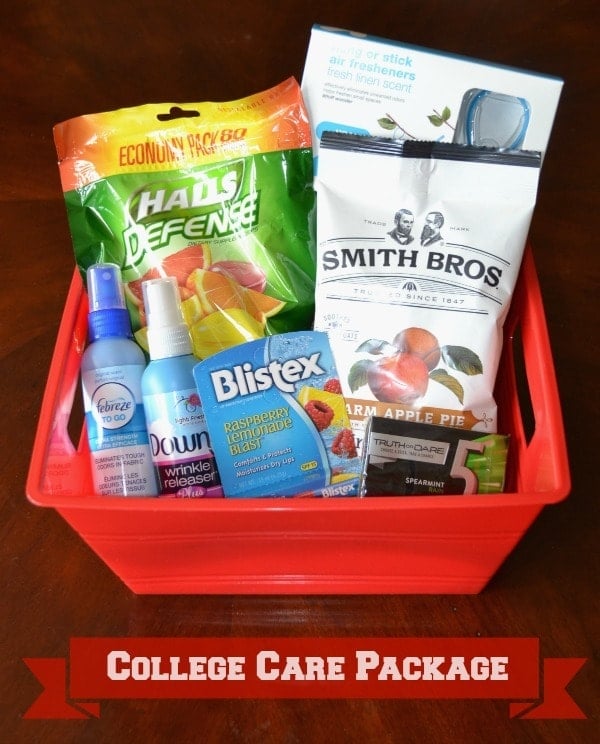 Since he’s been complaining about how cool the weather is already, I thought I’d prep him for cold and flu season with Vitamin C drops and throat lozenges. Target had throat lozenges in warm apple pie flavor and I thought he’d like those a lot better than menthol-flavored cough drops.

He has been complaining about how wrinkled his shirts are, even though he claims he’s folding them right away when the dryer is done. He does have an iron, but apparently he likes ironing as much as his mother does (which is not at all) so I threw in some wrinkle release spray.

Because he’s in a triple with two other boys, I can only imagine what the room smells like. I sent him some air freshener spray and a 3-pack of air fresheners (one for each boy’s closet).

As I mentioned earlier, he has a gum-chewing habit, so I sent him some of his favorite flavor. He always carries lip balm with him too (I try not to wonder why) so I threw in one of those in a flavor I thought he’d like.

Okay, it’s not the most exciting care package in the world but after paying this semester’s bill, I’m especially frugal-minded. And while sending him home baked goodies (love these tips for how to package brownies to ship) is another inexpensive alternative, I like to switch it up so that there’s an element of surprise with each package. This particular bundle of thoughtfulness cost me about $15 at Target.

For those of you who prefer bulleted lists (I do too!), here’s what was in the care package, plus a few other suggestions so you can tailor your child’s care package to him or her (and to your budget):

I’m going to keep sending my son care packages and sharing them with you here on the blog to help spur your own imagination. I’d love to hear some of your best ideas. Please share them in the comments. 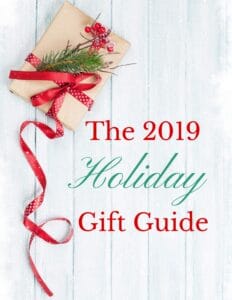