If you want to round out your reading list, make sure to include the top 10 banned books. Despite the controversy around them, the ten books on this list are all classics that will broaden your thinking.

How These Top 10 Banned Books Were Chosen

I didn’t choose the top 10 based on which books are currently the most challenged, but instead on formerly banned books that are now true classics. These are books that most people will assume you’ve read, even though they were banned at one time. 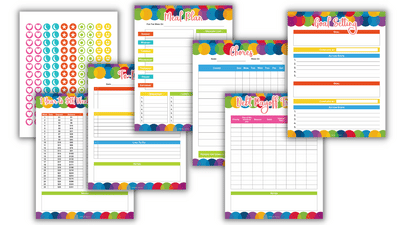 If you’re looking for currently banned books, you can find lists of the top 10 banned books by year on the American Library Association’s website.

It’s wild to think that we live in a world where certain books have actually been banned at one point or time in another. The reasons that they are banned vary, but typically revolve around the aspect of race, religion, verbiage, etc.

While they may be banned, people still love to read them. And many books have actually been banned, then reinstated to turn into some of the classic books that we love and admire today.

You’ll likely have read many of the books on this Top 10 Banned Books list in school. But if you didn’t, make some time to read the ones you haven’t since, despite their contentious past, these are all well-known classics today.

Also, because of the serious topics covered in many of these books, they make great selections for your monthly book club!

1. To Kill a Mockingbird, by Harper Lee

A perfect example of a classic that used to be on the banned list due to the focus of the book talking about racism and other difficult topics. To Kill a Mockingbird actually still comes under scrutiny to this day from schools and parents all over the world.

Considered too sexual for young readers, this book has definitely found its place on the banned list as well. If you read Judy Blume and know her typically writing style, this book is definitely varied from the others.

3. Lord of the Flies, by William Golding

This book is no stranger to being banned. Due to the violent nature and the undertone of bullying in this book, many schools have found that it is unsuitable for their students.

Due to the graphic nature of this book, it has been pulled from the shelves off and on from schools throughout the country.

5. The Wonderful Wizard of Oz, by L. Frank Baum

First banned in the 1920’s for having a female in a strong/leadership role, this book is a book to read for sure. It has also been banned again in the 50’s for claiming to fill children’s minds with negativity.

6. The Adventures of Huckleberry Finn, by Mark Twain

When this book first was published, it was judged harshly as poorly written. Now, it’s a classic book. Funny how things can change, right?

7. The Giver, by Lois Lowry

There have been numerous requests and attempts to have this book remain on the banned list due to the difficult topics that are discussed.

Who would have thought that this children’s classic was once banned from reading shelves? But sure enough, it was banned in Kansas in 2006!

Why? Because of the blasphemous, unnatural talking animals. And also because the death of the spider was considered inappropriate reading material for children.

Originally banned due to communist reasoning and thought written in the book, this book has faced its fair share of criticism from all over the world.

10. The Diary of a Young Girl, by Anne Frank

While many people may believe that this book was banned due to the topic of Nazi’s and the Holocaust, they are incorrect. The reasoning behind this book being banned is for the fact that there is a section of the book where Ann starts talking in detail about her female parts. Parents thought that this was too detailed for younger children to read.

Reading banned books are a great way to learn about many of the great authors of our time. The beautiful part of reading books that are banned? It opens up your mind to let you take a peek at how the history of words has truly evolved.

Who knew that there were so many books that were banned? And still to this day all over the world more and more books are being added to the banned list.

While banning a book doesn’t mean that it will remain that way forever, it does add a bit of a label to it to show people and educate them that there is “something” written in that book that people feel is inappropriate for the suggested ages of the audience.

And sometimes, people just feel that a book is downright hard to read for any age.

No matter your stance on whether a book should be banned or not, it’s always a good idea to actually read the book first before making any type of judgment call or opinion. If you haven’t read the book, how can you have an opinion on whether or not you feel that it is justified to be on the banned book list?

If you have other books in mind that you think should have made this list of the Top 10 Banned Books, please let me know in the comments!