One of the Midwest’s truly global economic centers, Minneapolis/St. Paul gives travelers two amazing destinations right next door to each other. And the area’s urban boom has spawned new waves of breweries, butchers, and eateries great for locals and tourists alike. So we compiled five reasons why any self-respecting foodie deserves a visit to the Twin Cities of Minneapolis/St. Paul, and found some great hotels where you can relax between bites (or gulps) of Minnesota’s best eats. 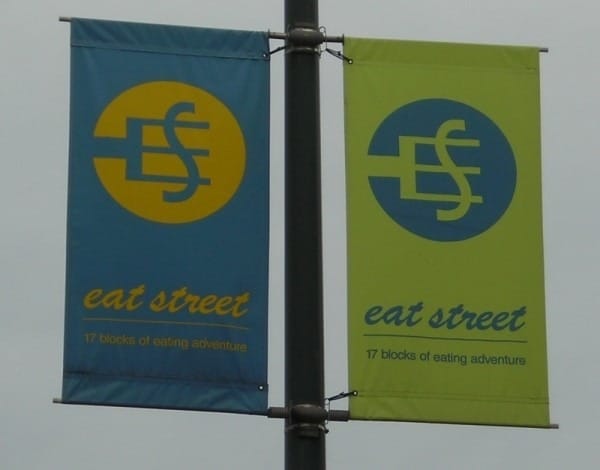 The Twin Cities have seen an explosion of craft breweries in recent years, and thanks to a state bill passed in 2011 that allowed beer to be served at breweries, most have their own taprooms. Head over to Surly Brewing Co.’s brand new Destination Brewery for a Surly Furious, a drink that ushered in the area’s craft beer craze. Then head to hip Northeast Minneapolis and try newcomers like Indeed Brewing Company and Insight Brewing. Make Loews Minneapolis Hotel in downtown Minneapolis your home base, and you’ll be a quick cab ride away from the city’s abundance of microbreweries.

Even vacationers need a good pick-me-up. Fortunately, trendy coffee shops are keeping pace with the craft breweries in Minneapolis. Check out Five Watt Coffee’s specialty coffee menu of coffee “cocktails”, which feature ingredients like orange bitters and black Hawaiian sea salt. Staying at the nearby Sheraton Minneapolis Midtown will leave enough change in your pocket to treat yourself to these caffeinated indulgences.

If it’s local, seasonal ingredients you’re after, you’ll find them aplenty at thoughtful restaurants across the Twin Cities. Cross the Mississippi to St. Paul and try the “Flora” or “Fauna” three-course menu at Heartland Restaurant, right across the street from the farmer’s market, for award-winning “Midwest Regional” cuisine that emphasizes locally sourced ingredients. The classic charm of The Saint Paul Hotel, in the heart of downtown St. Paul, is a worthy follow-up act to a meal of this caliber.

A Juicy Lucy is a hamburger cooked with cheese inside the patty so it oozes molten orange goodness with every bite. The extra-gooey cheeseburger was invented in a South Minneapolis bar in the 1950s, but two extant establishments still fight over who created the original. Is it Matt’s Bar, with their unusually-spelled “Jucy Lucy,” or the 5-8 Club’s staid “Juicy Lucy”? Try them both and solve for yourself. Staying at Hyatt Place Minneapolis Airport-South puts the airport and 508 Club practically at your doorstep

Only a truly fearless food culture could give rise to both the Juicy Lucy and a vegan “butchershop.” The brother-sister duo behind The Herbivorous Butcher began selling small-batch, meatless “meats” at the Minneapolis Farmers Market last year, garnering a loyal local following and national media attention. They’re due to open a brick and mortar shop this spring to bring boundary-pushing creations like their all vegan port wine cheddar and Hawaiian ribs to a larger audience. Until then, you can check out their pop-up appearances at Sisyphus Brewing’s taproom. Afterwards, take a walk through the Minneapolis Sculpture Garden on your way back to the stylish Millennium Hotel Minneapolis.

This post was posted by Fiona Moriarty on Hipmunk’s Tailwind blog on June 24, 2015

Blogarama - Blog Directory
We use cookies to ensure that we give you the best experience on our website. By clicking "Ok" you accept our use of cookies. Ok